This weekend I spent a couple of days fishing with Jim A. from Johnstown Ohio. Jim and I have fished a few times this year and he came down for two day float on the Caney. Jim has been fishing a few years and this trip to the Caney Fork was Jim's "Big Fish Trip". 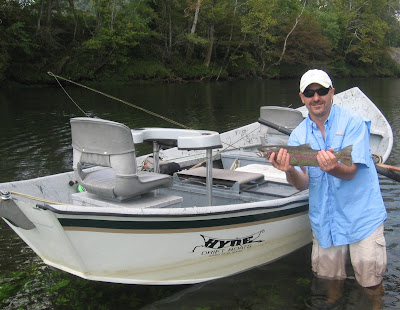 Jim with the Hyde and a nice rainbow 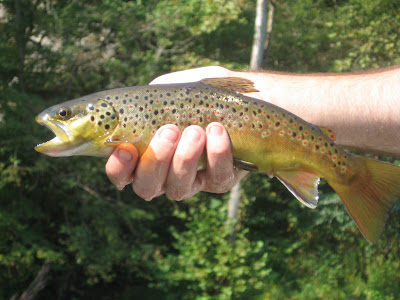 The Browns are Getting More Color 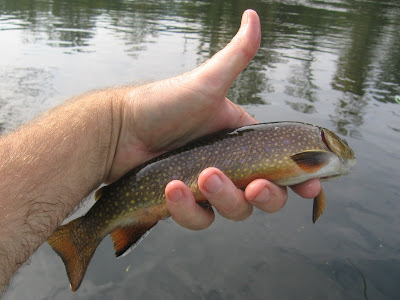 The Brook Trout are Getting Even More Colorful 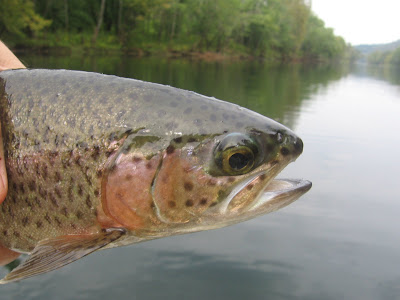 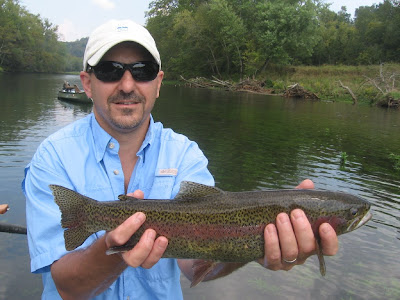 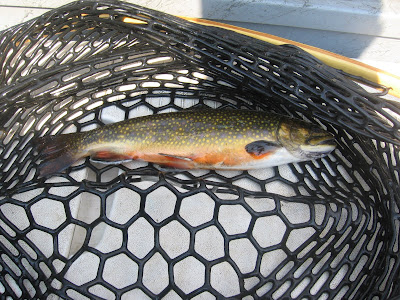 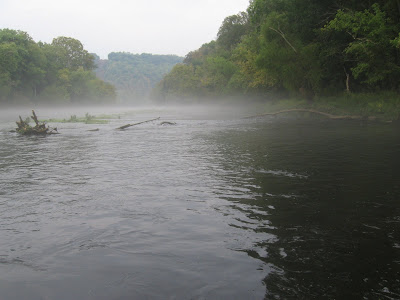 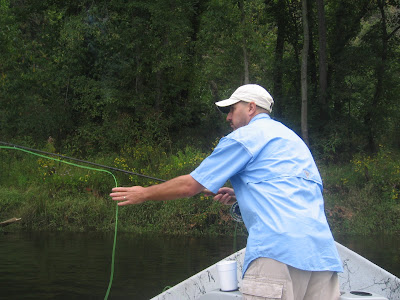 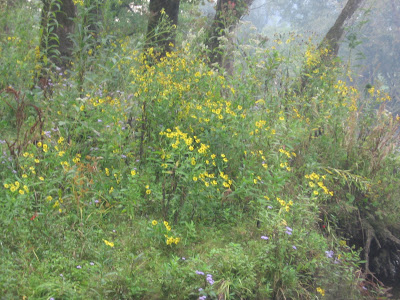 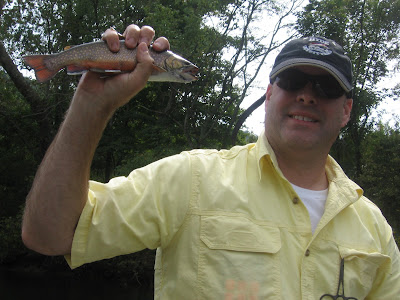 The Brook Trout Were Out This Weekend 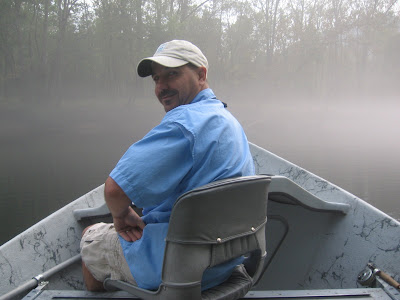 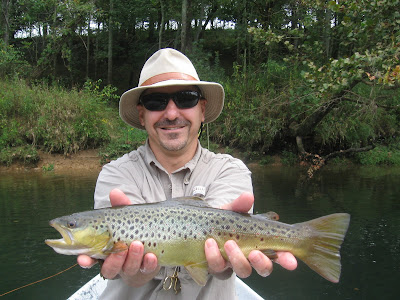 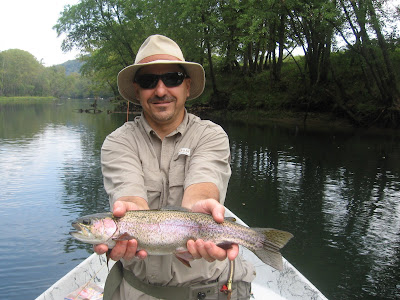 We took a couple boats to the Obey on Saturday to float on one generator. Throughout the week we did our research on the river and recounted our memory banks (which are steadily depleting) for the flies we have used on the Obey over the years past. My research consisted of several minutes of online surf, where I found a link to the TWRA Fisheries Report dated 2001. The report is not lengthy, but did give some general information on the river. Some of the information includes the following:

"Dale Hollow Dam is located on the Obey River about 7.5 miles from its confluence with the Cumberland River A USACOE campground is situated on the banks of the river, downstream of the dam".

"The dam was constructed in 1945 and maximum discharge through each of three turbines is about 2,000cfs; under normal operating conditions, maximum discharge through each turbine is about 1,800 cfs. Like other Tennessee tailwaters, the river is unfishable by wading anglers during hydropower generation. A continuous minimum flow of 25 cfs is provided".


Some on our trip were ready for anything when they showed up for the drive to Celina, already sporting their life jackets. I must admit, as we all did, the flow was not as swift as we suspected. Upon our arrival we were somewhat relieved that the days generation of 1665 cfs would provide a swift but safe float for the boats.

We started the day on streamers and after trying 5-6 different color combination's, without success, I switched to nymphs and immediately picked up a healthy rainbow. As we drifted over shoals we picked up a few fish here and there, but nothing like we hoped and certainly nothing like we've caught up there in the past. Most of the river's offerings of rainbows were run of the mill hatchery graduates who, when provoked by the nymph, would happily play our game of hide and seek. 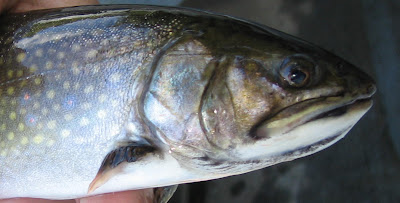 The Results of Another "Technically Perfect Drift"
The jewel of the day came with a 13" Brookie caught against the bank around a rock bluff. The bluff had turned loose of some boulders and the boulders had fallen into the edge of the river. A "technically perfect drift" was all this brook trout could handle and the fish came out to eat the #12 BHPT. In turn we snapped the photo and the fish was returned to grow another inch or two over the winter.

We will return to the Obey and try to catch this river on falling water as generation permits. The generation schedule is not favorable at this time, however there will be days in the near future that wading and floating will be definite possibilities.
Posted by ____________________________ at 5:23 PM No comments: