Two Trips To The Caney August '08

We've spent the last couple weekends on The Caney Fork River. I've wet a line and watched others from the comfort of the rowers seat. There are some good fish in the Caney and some interesting sights to be seen. Instead of giving the play by play, I thought we would just do this report in pictures with captions..... 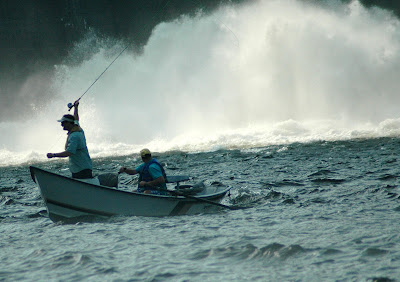 Do You Hear Something? 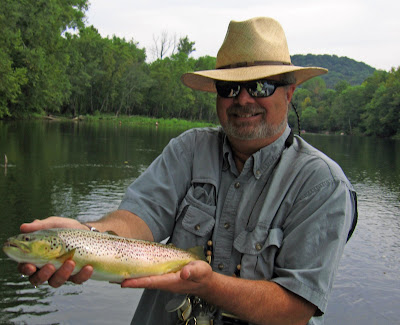 The Reward For "The Perfect Drift" 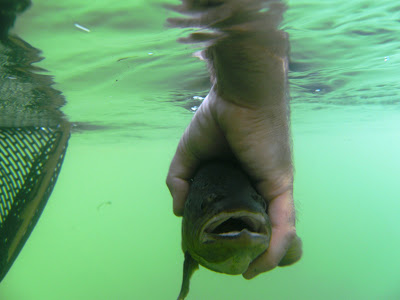 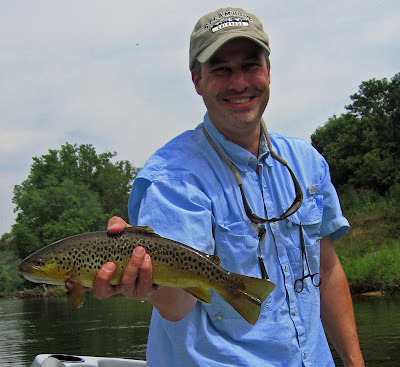 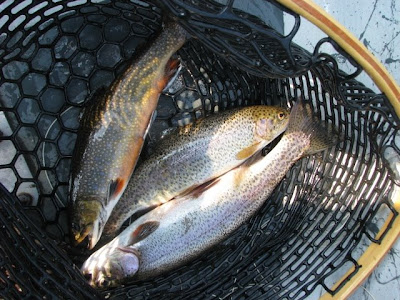 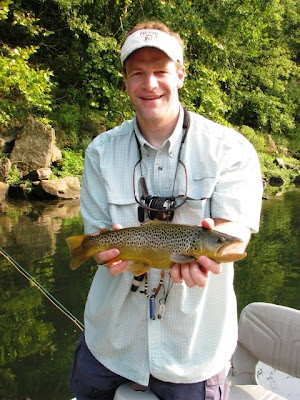 Dan Using Both Hands On This One... 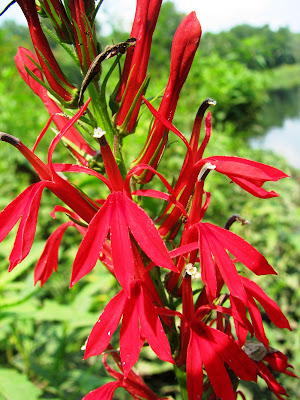 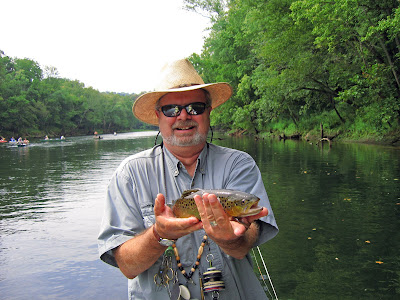 Another "Perfect Drift" and Another Reward... 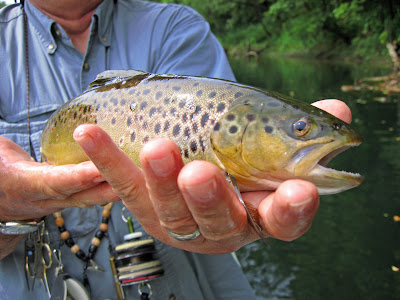 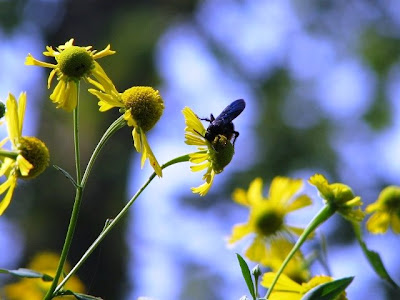 There Is More Than Just Fishing On The Caney Fork... 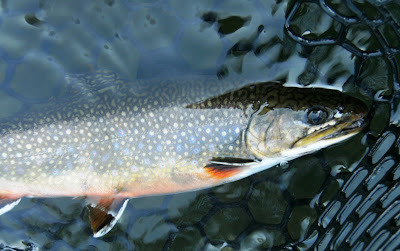 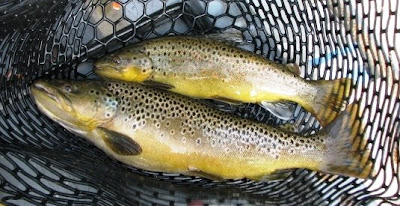 A Double of Brownie's Caught and Released 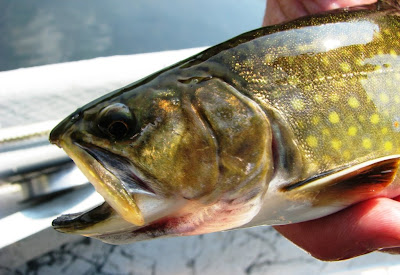 Completes The Third Slam of the Day 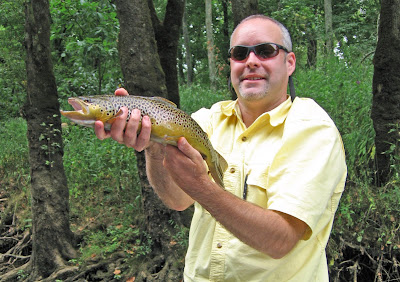 I Do Get To Fish Some Too 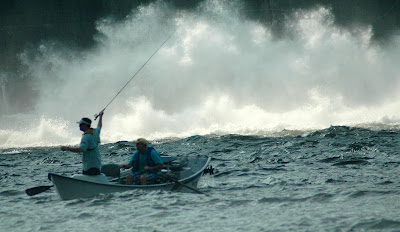 Dump Those Worms Out of That Folgers Can & Start Bailing... 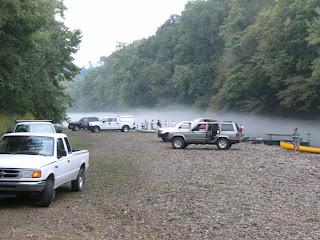 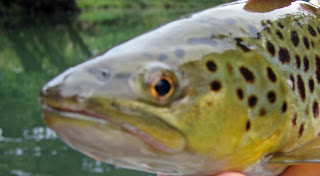 I took Rachel and Jamie H. from Florence AL. on their second trip this year. Rachel had a birthday and Jamie booked her a trip. When they got to the river I had already unloaded the boat and rigged the Sage with a couple of my favorite flies, then caught a couple fish. I gave Rachel the Sage and Jamie the fly box, then it was off to drop the truck.

When I returned both had caught fish, Rachel caught six fish and caught the bug for a new Sage rod. We got into the boat and left the masses of the gravel bar. We started fishing just below the bend pool. We picked up a few fish before the Scud Pool and then I put Rachel on my favorite run and Jamie on my second favorite run. Rachel had several fish on and then it was time to move on.

The water on the Elk was slightly stained, to the point where you really couldn’t see the bottom past a few feet. But, some of the usual fish came out from the usual places and have sore lips to prove it. 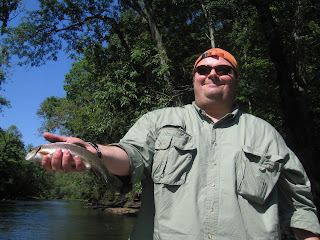 Jamie cast out in front of the boat in one of the more swift parts of the river; he mended a great drift and was rewarded with a good rainbow. I have been trying to catch a fish in that run for over a year and Saturday Jamie came through. Good job Dude!

We moved down through a short stretch of slow water and then into another run that is filled with downed logs. Little did we know downed logs and trees would be our nemesis later in the float. Rachel hooked a nice rainbow in this run as the fish came out from under one of the logs. The cool thing about this fish was that Rachel saw the fish come out and take the fly. Even though it seems to be harder to get a good hook set when you see the fish come to the fly, she set the hook, Rachel…..one (1)……fish zero (0). The fish ran back under the log and she brought him out…….Rachel two (2)…..fish zero (0). She brought the fish over that log and the fish tried to pull itself under another log……Rachel three (3)……fish zero (0). After that she brought the fish to the net & the fish had a photo op…….Rachel four (4)……fish zero (0). Then we moved on. 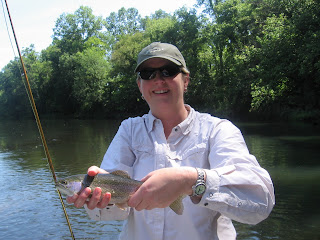 We hit Pig Alley which usually produces well, but the fishing slowed to a crawl and we called a timeout for lunch. The last float with Jamie and Rachel we skipped lunch, but on this float we made up our minds early that we were going to eat the burgers and not try to sustain ourselves with Cheetos alone.

We found one of the best lunch spots I’ve seen on any river. It has a small gravel bar, with shade, and a great view of the river. We presented Rachel with the “Birthday Snickers” after the burgers and then we were off to float the rest of the river. 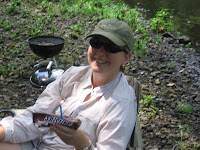 We stopped at a couple places on the river and backed up a couple times to hit them again when they produced results. One time Rachel called the fish and was rewarded immediately with a strike and rainbow trout to the boat. Jamie called one by a rock wall and when he put the fly, exactly where he called, he was rewarded with a bow of his own.

Then…….we came to the top of Van Zant Bend Island. There was something noticeably different; it was a large tree that looked to be across the entire right pass of the river. Just before we moved into the swift water I decided to stop and wade down to it to take a look see. This proved to be the right move. When I got to the tree it was all the way across the river. It was too big to go over and to many branches to go under. I waded back up to the boat and announced “now we are entering the adventurous part of our float”. We would go down the left side of the island, which meant we would be pulling the boat over several small shoals and under a couple more blow downs. We made it after we pulled the boat a good portion of the length of the island. We estimate an additional 45 minutes of time to our float.

After we floated back into the main part of the river it was smooth sailing, well smooth rowing to the ramp. We fished mostly BHPT’s, midges, and sow bugs, all of which caught fish at one time or another throughout the day. The weather was in the 80’s and nothing short of spectacular, especially when we considered it is August. 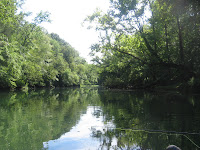 I am looking forward to fishing again with Rachel and Jamie in the fall, this time we are going back to the , where Rachel will continue her quest for the Caney Fork Slam.