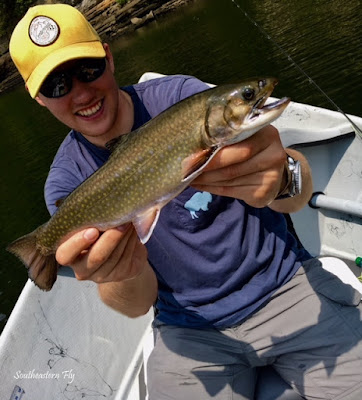 It's summertime here in Middle Tennessee and along with this time of year comes a chance to fish dries, hopper droppers, soft hackles, and other types of flies. Although the fishing has been slow on the Caney Fork we have been lucky to pick up a nice fish along with some stockers, on each trip. It hasn't been easy and requires work on both the guide and angler's part, but it can be worth it at the end of the day.

If you haven't been following Southeastern Fly on Facebook you probably missed the Live videos on most Tuesday evenings. 5 Tips and Experiences for More Productive Terrestrial Fishing was a video from earlier this week and some folks have even said it was a good reminder. Some angler's said the video also had some content they were able to use right away. 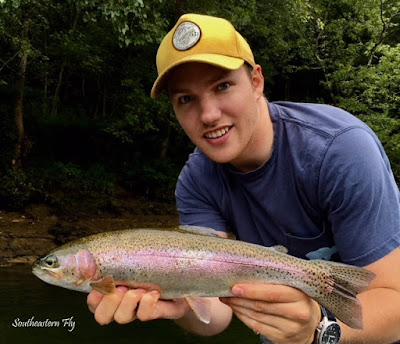 Not all of our better fish have come to the net by terrestrials, nope, we still fish the tried and true nymphs. Those nymphs are working as hard as ever for us. A small percentage of fish eat on top, which leaves most of the fish feeding, where else, but below the surface. Yep, this fishing can be pretty high-tech business.

With a large percentage of fishing eating below the surface the tried and true super-secret and not so super-secret nymphs have been working overtime. We have been floating them under the indicator as well as using them as an insurance policy below the floating terrestrials. 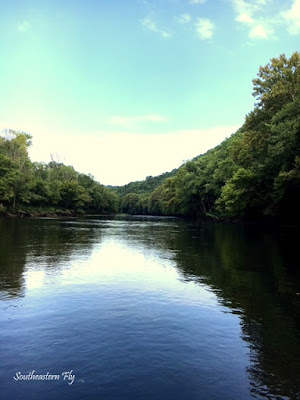 This brings me to a final point for this report. If you read this report often you know that sometimes it can read like a puzzle. The reason? A little thinking helps us all grow and helps us come up with new ideas which we can claim as our own. If those ideas aren't brand new they can be at the very least new to us.

Not all terrestrial flies are fished on top. See, there are some terrestrials that fall in the water and sink fast and some sink slow. Some terrestrials, like a beetle, may have a hard shell and they swim like they are wearing the knight's amour stolen from the knight who is supposed to protect the Kings Court. Here's a tip...go back and read that last sentence again and then start thinking out of the box. Don't be afraid to try something for a long period of time before it actually works. You never know when a nice rainbow is going to be your best fish of the day and make a very nice photo-op. 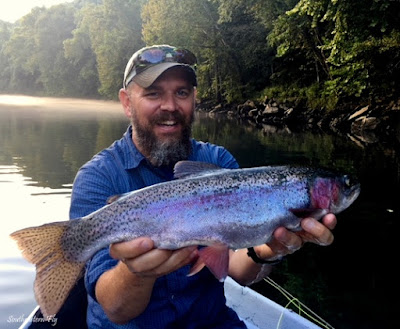 Brooke and Greg on the Last Trip of the Summer 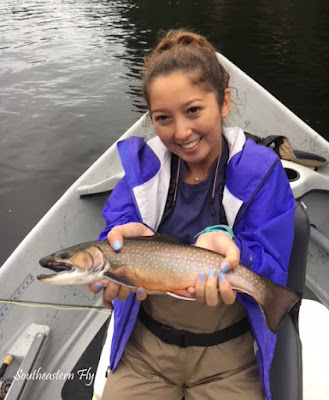 One of the good things I get to see while sitting in the rowers seat of the drift boat, is people coming back with their kids. As those kids grow their fishing skills grow with them. It's fun to watch and as I have been through this before, those kids eventually become young adults and go off to college. 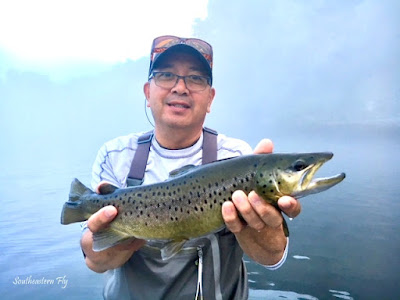 The first time I met Greg and Brooke was back in 2015. We floated the Elk River that day and they caught their share of nice fish. This day would see some nice fish come to the net, but, it almost seemed as though Brooke was making a statement.

Greg stuck a nice fish almost right away. The fish crashed the dry fly. Although he was fishing a long distance and the fog was thick, Greg set the hook and the fight was on. The fish wasn't coming but was looking for structure along the bank. Greg was cool under pressure and brought the fish to the net after several runs and a longer fight. 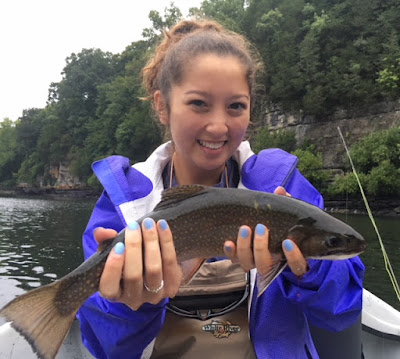 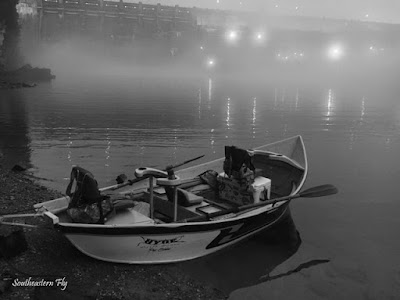 But, Brooke would have something to say about quality fishing a short time later. Brooke was fishing a dry-dropper rig and as we caught the ever-so-slow current, she got a good drift. That drift would drop the fly right into the bottom of the feeding lane. The fly must have plopped right in the face of that brookie and the fish ate. That's when Brooke came tight with the rod. We knew the fish would be good when it got to the net, but none of expected such a nice brook trout. We snapped some photos and revived the fish for the release. Brooke went back to the well and a very short time later she pulled her second nice brook trout from the river. We snapped some more photos and revived this fish for the release also.

In the meantime Greg was keeping busy with the stockers. He was kind of in a routine of drift and set the hook on a stocker trout. Then as his nymph was bouncing along the bottom the dry fly just stopped. Greg did what any good angler would do...he set the hook. We all thought the fly was hung on a rock. Greg began to pull and the bottom seemed to let loose. I thought he had snagged a smaller rock and was having to drag it to the surface. Greg thought he had some grass, because it moved. Brooke was just watching. Then the nose of a big gar came to the surface. That was just about the time the gar decided it was time to stop sitting still and it began to fight.

The big gar made a run toward the boat and then turned toward the bow. The fish came by me as it passed under the oar blade. I was thinking wow it's really hooked in the mouth, and crap I may have to take that thing off the hook. Greg was doing a real nice job trying to get it to the net and make me handle that nasty fish. But with that hard, nasty, mouth full of teeth it's hard to get a tiny nymph to stick. The first chance the fish had to make a move, it made that move. The big mouth on the gar made a turn to the right and then the left. The fly came out like a projectile and that was that. Greg missed a chance to make his was into the 20+ one more time. It would have been cool to see a good photo. That fish created a lot of excitement, but Brooke still wasn't done... 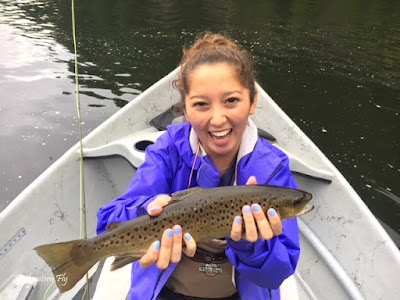 When something is working why change it? Knowing the fishing would slow as we moved down the river we kept going with dry-dropper rigs. Smooth casts and perfect drifts were what this trip was all about. Greg and Brooke brought their A-game and it was needed. Brooke was focused on the slow moving bug. The bug was floating high...right-up until it wasn't. Brooke set the hook on the brown trout and brought the fish right to the boat in business-like fashion. What started in August 2015 came a long way to August of 2018. As what had become almost a ritual of the day, we snapped some photos and revived the fish for the release.

After a good early morning, the late morning was uneventful. We made it to the ramp and loaded the drifter. This trip was in the books and the rain made it a hasty exit. As with all the trips with Greg and Brooke this one was most enjoyable. Brooke, I know you will do just fine as you go off to school, but I still expect to see you on breaks and next summer aboard the drifter. 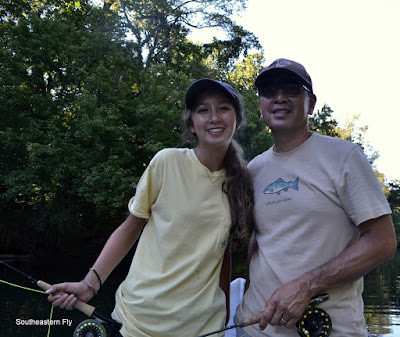