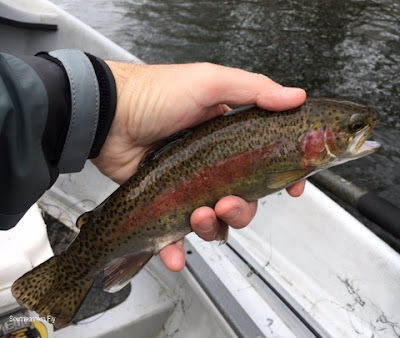 Sometimes it seems like a short time has passed and sometimes it seems like many years have passed since Greg first stepped foot on the drifter. That first day we tossed nymphs to feeding fish and the fishing was good. We've talked several times about fishing big water streamers for winter fish and with short notice we set out for adventure. 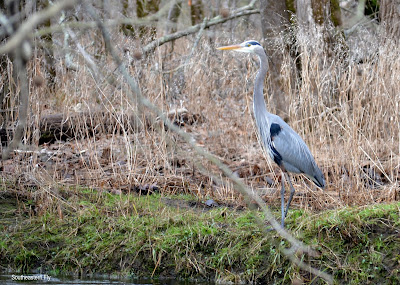 The weather was cloudy to start and as the clouds moved out the sky became brighter throughout the day. The water was high on this day and we would spend a good amount of time getting the speed of the streamers just right. So what is "just the right speed?" It's hard to describe over the internet, but let's say you know it when you feel it. Once you feel it and the fish eat, it gets easier to replicate. Then it's time to set the hook. Trying to teach someone to continue to strip when a fish eats and not to set the hook by lifting the rod tip is a tough sell. But  Greg was dialed-in within no time. Remember, when a fish eats, keep strippin' and the fish will come tight. After it comes tight, then raise the rod tip. Easier said than done, but Greg is a fast learner and he did very well. 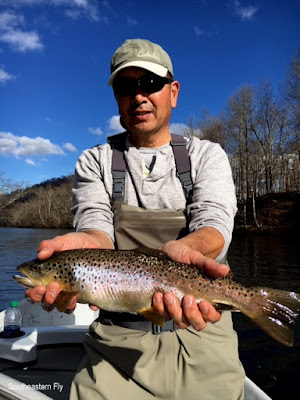 The fishing has been better, but we made the most of the day with several nice fish and the Slam. Streamer fishing is as much a mental exercise as anything. Finding the right presentation, keeping your head in the game when the strikes don't come as fast as nymphing and being completely ready when opportunity presents itself. Being completely ready and not losing focus is key. 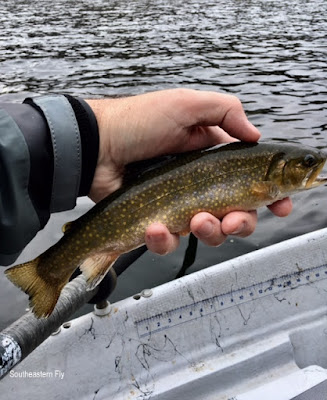 The fish can be anywhere and it was time to rig another rod to get to a different level. So the anchor was lowered and the rope came tight as the spikes dug into the gravel. The boat came to a rest high on the water and then swayed in the current. Greg was tossing his streamer against the fast moving current and just as I finished the first knot on the spare rod, Greg stripped and then brought the rod tip up. The fish was on and the bouncing rod tip proved it. Greg was fighting the fish well in the current, so in order to provide some relief we raised the anchor and began to float with the current. Greg made quick work of the brown and soon the fish was sliding into the net.

The right speed would be found several times throughout the day and each time Greg did everything right to get the fish to the net. Before long we were loading the boat on the trailer and putting the rods in the truck. A day of fishing big water streamers was complete and even though the notice was short, the adventure was pretty darn big. 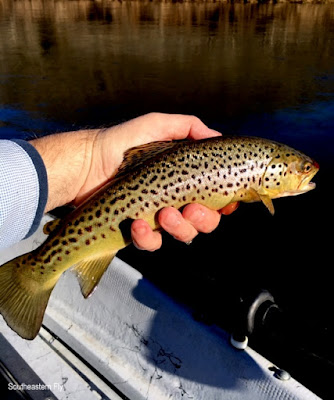 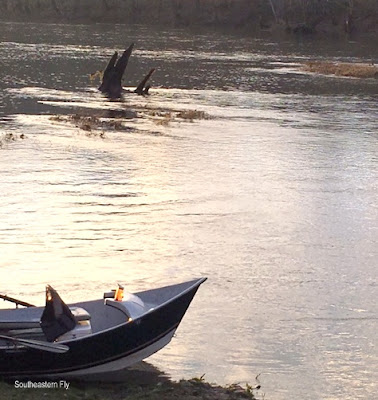 The Caney Fork River-  The water levels have been high. We've fished the river on two generators, one generator and falling water from two generators reducing to one generator. We've caught fish on all three types of releases and some nice fish have come to the net.

If you guessed that streamers have been the hot fly, well, then you'd be right. There are many different ways to fish'em and we have some good ones. It's in the retrieve and naturally a little luck will go a long way. 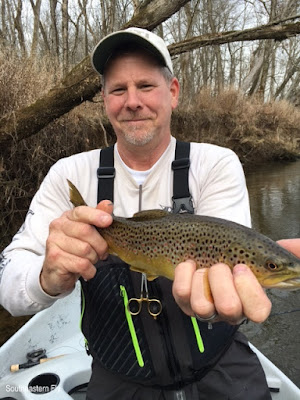 There are hundreds of streamer patterns and seemingly no "magic bullet". There are patterns that are the correct shape and size, as well as the correct color. Fly shop bins are full of those patterns. If you were at Cumberland Transit last Thursday night you may have tied a couple of them during the class. The right pattern is nice, but the most important thing to consider, just like fishing dries and nymphs, is the presentation. Speed of retrieval is something that needs to be correct and if there isn't someone there to help you through the correct speed then the only way to get the correct retrieve is trial and error.  Naturally we can help speed up the trial and error on a float and if you have specific questions please just let me know and I would be happy to help. 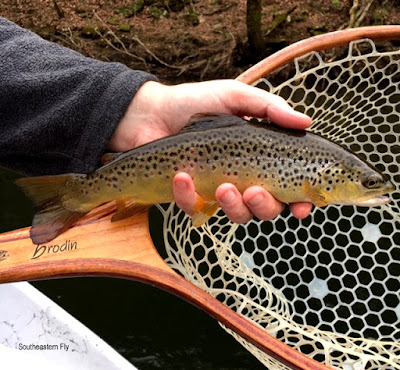 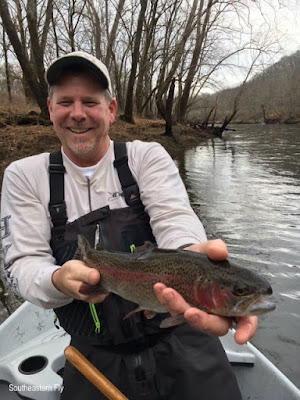 The Elk River- This river continues to fish good in most sections. The fish are eating some streamers, but those eats are more miss than hit. The nymph continues to bring fish to the net and with promising numbers. The water clarity is better than anytime over the past 6 months and the traffic, for the most part, is low. 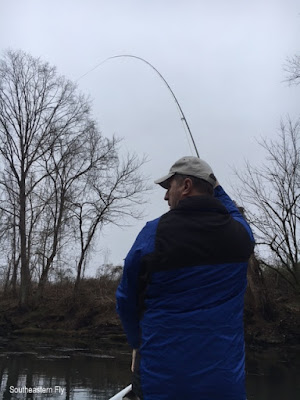 So where are the fish holding? Well for the most part they are holding on structure. Structure doesn't always mean they are holding on the next log down the river, although with the right current they probably are holding there. Structure also can mean a hole. On this river, holes are important. In Observations From the Tailwaters Part II, there is a segment that provides information about fishing through holes.  Knowing all the holes on the Elk would be impossible, but if you fish a particular section of the river, over time the holes will become more identifiable. Knowing the different levels of the river bottom will increase your catch rate for sure.

After taking a break over the past few weeks, the open dates are slowly beginning to fill. Also the "Will Call" list is filling as well. Look for more frequent reports as the drifter is on the water more over the next several weeks. 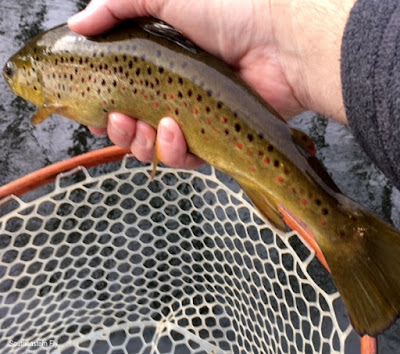