James and Larry on the Caney Fork

Thursday night was spent tying flies, mostly Clousers for high water and Dan-O-Magic’s for low water, while listening to www.radiomargaritaville.com to pass the time. This weekend is the Memorial Day Buffett Parade of Concert series including the show from the 1970’s.


Friday morning at I was warming baked potatoes for the shore lunch. The coolers packed… (check), rods hung neatly in the truck (check) and the boat tied down….. (check). A stop for ice to cool the goodies and a fill up with gas to empty the wallet…. (check), then onto McDonalds where every successful fishing trip should begin.

Today I was fishing with James who is from and his father-in-law Larry who came in from Both are very pleasant gentlemen who have a definite appreciation for the outdoors. On the way to the river we had good conversation about kayaks as well as snakes in trees on the sound side of the Outer Banks.

We launched the boat, did a few adjustments to casting forms, which of course included a discussion of mending…...Then we were off. 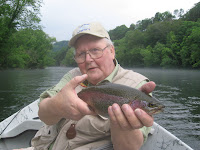 The first fish to the boat was a healthy Caney brown trout, which was followed by a healthy Caney rainbow. By the time we floated into Where Cows Walk on Water their casting was in rhythm & we had boated several fish. We couldn’t count the number of flashes and missed a few quick hits.

The sun was up, the clouds had burned off and we added the smell of sun block to remind us spring is here with summer just around the corner. That was us rolling right along with the current and stopping at the places that looked fishy. 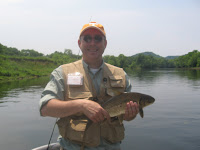 By lunch we had a Grand Slam + one 16” carp thrown in the mix. The water was slowing after the generators stopped, when we cruised into the regular lunch spot and fired up the grille. Lunch today was cedar planked grilled salmon, baked potatoes, with butter & sour cream, and fresh fruit. 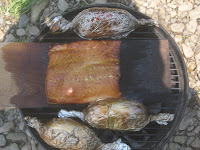 After lunch and talk of siesta, I rowed us back up stream a couple times to hit a shoal that always seems to produce. The water was low enough that we got a good look at some nice fish. We picked up a couple there and floated into the crossover drifting nymphs under bobicator.

The guys were getting into their element now and detecting subtle strikes. They began to hook up on a regular basis with Tutto’s and if they were paying attention to something other than the bobicator they got the slap on the arm “set the hook”. James and Larry picked up some very nice fish after lunch. We had several doubles on and doubles in the boat.

With the water starting to pick up a little from the second round of generation, I gave them the option of waiting until high water and rigging the streamers or floating in with the current and continue the nymphing. The question was posed and the unanimous decision was to keep doing what we are doing, so we kept drowning nymphs and giving fish sore lips. 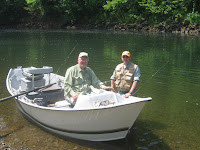 Larry and James worked very well together. They seemed to instinctively understand when to cast and how to work together while in the boat, which is key to a good day on the river. We've already began discussions of their return to the river and I am looking forward to fishing with them again.

Radio Margaitaville is playing one of Buffett's Indy shows now. I am getting ready to start tying flies, mostly Clousers for high water and Dan-O-Magic’s for low water. 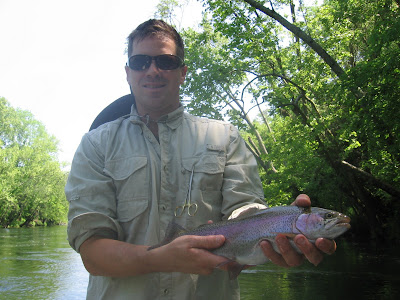 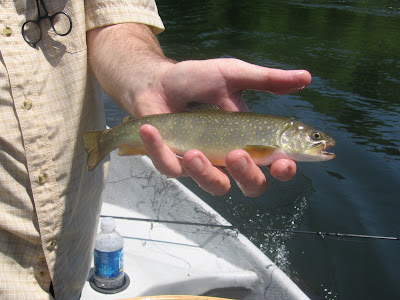 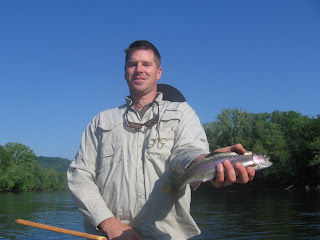 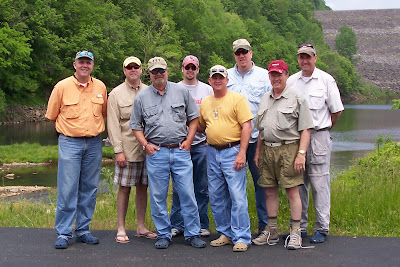 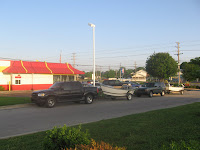 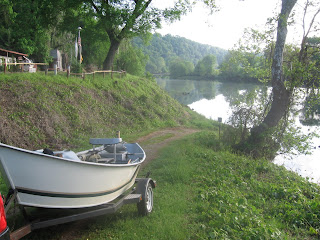 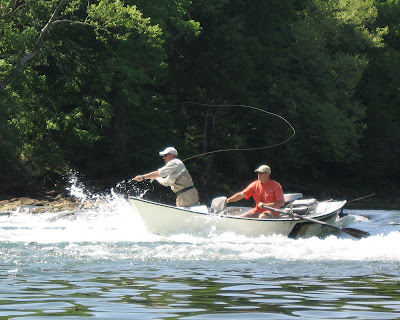