We took the usual Saturday morning float to fly fish on the Caney Fork River here in Middle Tennessee. Dan S and I began a little early and were on the water just at sun-up. We decided to take a little more time on the water and ended just after dark. This would have been a short day, in terms of hours, for a Summer float, but this time of year we called it fishing from sun-up to sundown.

We took some Decievers, Clousers and Buggers along with the usual nymphs and midges. We caught fish on the Tutto, Zebras, Dan-O-Majics, and BHPT's. Most of the fish measured from 14" - 16" (or 20"- 25" on the Caney Fork conversion chart). We caught the slam as the browns finally came back to play. The fish overall were holding in random places with no pattern to their strikes or locations. At mid-foat we started fishing specifically to the rise rings and immediately began to pick-up fish. That goes back to the old saying "fish where they are, not where they ain't". 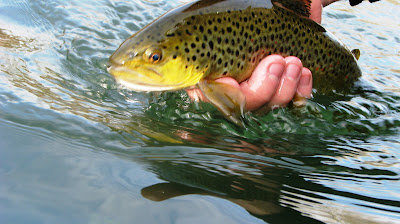 Click on the Photo Above for the Slide show

Floats, Lynchburg and a Saltwater Report

Fishing with Dan S. from Murfreesboro is always fun. He is as excited about fishing as anyone I’ve had on the boat including myself. When we met for the drive to the river, the temperature was 38 degrees, the wind was blowing 10 M.P.H. and it was expected to pick up to 25 before the end of the day. When the light drizzle soaked the road, I knew I had the right partner for the float ahead. We tried to talk positive about the weather by saying it would be worse if it was snowing or sleeting, but we both knew it would take every layer of clothing we had to make it through the float. 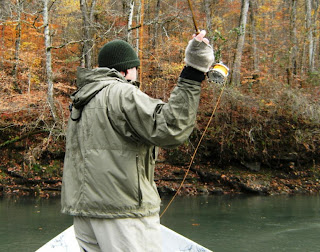 The water clarity at the Elk was suspect after the rains the night before, but we could see fish holding in the lower water before we floated the first 100 yards. The stocking truck visited the waters below Tims Ford just a few days before and with that we hooked up early.

The flies of choice on the upper portion of the float were the usual BHPT, Tutto and a variety of midges in an assorted group of colors. Dan was hooking up with a deadly sow bug pattern which grabbed the attention of a number of rainbows. The black Zebra Midge caught the smaller rainbows in the upper part of the river, but the Tutto seemed to produce a better quality fish.

The weather pattern continued to be unpredictable throughout the day. The wind would be low on one stretch and when the boat rounded a corner the wind would pick up and out would come the gloves and knit hats. The rain came off and on throughout the float and rain clouds one minute with the sun peeking through the next. 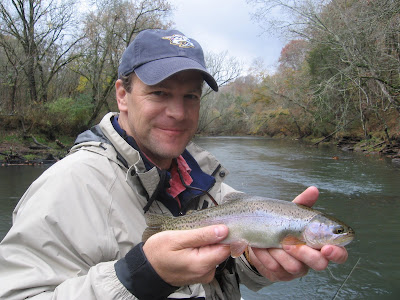 Dan With An Elk River Resident
A number of fish were holding at the entrance to the shoals and just into the runs past the shoals. With the high winds it was difficult to see the fish holding in the deeper runs, but we managed to dredge up a couple here and there to satisfy our curiosity.

The Longest Technically Perfect Drift that Produces a Rainbow.
Dan and I entered the backside of the island at Van Zant Bend and made our way through the downed tree that earlier in the year blocked the river. Dan laid out the cast and off we went drifting through the logs, shoals and rocks that make this section of the river look so fishy. Dan held the appropriate amount of slack while my job was to look ahead and make sure the boat placement was just right. After the first few hundred feet the game was on, because the fish weren’t, and we both knew we wanted to drift the bug the length of the island. Just as the bridge came into sight Dan’s indicator bottomed out and disappeared. It took us both a second to realize the exercise might have been interrupted by a fish. A hook set, a short battle for good measure and a net to scoop the prize, we both realized we were both happy as any child over an 11” inch rainbow. 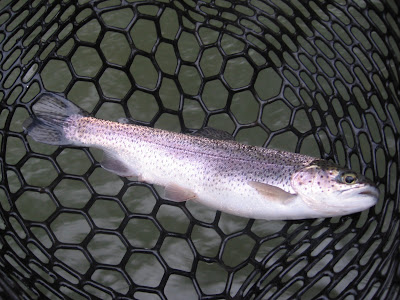 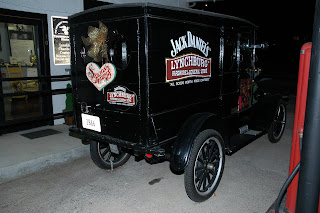 Lynchburg is famous for the whiskey that is made back in the hollow. On Tuesday night I was invited to speak at the Lynchburg Fly Fishers November meeting. This is a group of fly fishing enthusiasts who gather once a month to discuss the fishing in Middle TN as well as other destinations throughout the US. The group has a beautiful place to meet which is among the nicest club houses in the area.

We discussed fishing the Elk, the Caney Fork, Arkansas, Michigan and Florida as well as Troutfest, which is coming to Townsend, TN in the spring. The group has a strong base and I am sure if they band their efforts and resources they can make positive differences on their home river which is the Elk River. 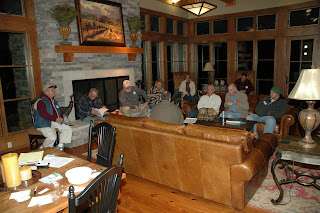 The weather in Florida is more to my liking this time of year; however the drive to the river is much more affordable on the weekends than a drive to the coast. Dan Sharley spent a couple weeks on the Gulf Coast working and fishing. Click on the photo to get his views on fly fishing the Gulf Coast.


Barry H. from and I spent the day on the river Saturday. Barry has fished many different places here in the states. Just coming off a recent trip to the out west, Barry was up for a day on the to drown some nymphs and midges.

We met at the usual rendezvous point at an early With coffee in hand, because of the crisp morning, we took off to the ramp. After launching the boat and shaking a few cobwebs off, Barry was soon hooked up with a small rainbow, which removed the skunk early. He landed the fish on a bead head pheasant tail and was soon back into a good casting groove. A few more casts and Barry was hooked up again.

The sun and the fog are just starting to rise...

We passed by a deep cut in the bank and offered up a pike fly. The fly flushed a large brown from the undercut in the back. As the fly swam for the safety of the boat the fish was hot on it’s tail. Just when the brown was moving in for the kill the fish forgave the fly for invading the space and returned back to the depths.

There were some long stretches of no rising fish, but we kept the day interesting picking off rainbows. The browns did not seem to be on the shoals like they have been over the past month. This is better for their well being and keeps the larger browns from getting freezer burn in peoples freezers. The browns appeared to be random, showing up here and there. The rainbows however were all stacked up on the shoals waiting for their next meal to come floating through the feeding lanes. The Tutto worked well today on the larger fish and the smaller fish seemed to go for the zebra midge more often than not.

This brown was holding in slack water

The weather is changing now as Fall gets up to full speed. The mornings are cool and have required a change from shorts and sandals; to layers of clothing with the addition of waders. As the mornings heat up the layers are shed and short sleeves suffice. The leaves are changing to the usual oranges, reds, and yellows. The colors on the trees reflecting on the water can make an orange indicator easily disappear without dipping below the surface.

There is a possibility of a mid week float or two out there and it looks like we have another float shaping up next Saturday. So, it will be interesting to see where the fish are holding as Fall passes and the fish get ready for Winter… 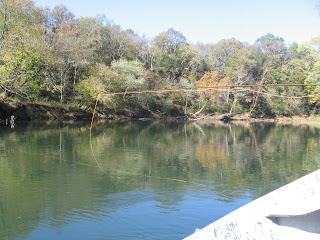 We hit the again for another float. This time I fished with Anthony and Mark, a couple of regulars. We were on the water early and found a nip in the air. The flies for the day were BHPT’s, Hare’s Ears, Zebra Midges in various colors and a Tutto as an attractor. We passed the previously pounded water and coaxed a few to the hook early. We picked up a brown or two and several rainbows. 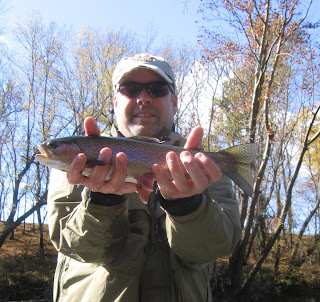 It Wouldn't Be A Fishing Report Without a Fish 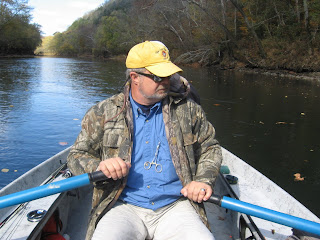 Anthony at the Oars of Mark's Hyde Skiff

The quote of the day came when we were talking about the cost of boats and if one of us hadn’t spent $3500.00 on a boat and spent it on a jet we could be somewhere a little more casting friendly. Mark made the statement “I ain't going nowhere in a $3,500.00 jet.......” This statement makes a lot of sense considering the cost of a good jet these days. 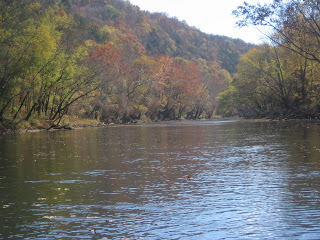 Some Fall Color and a Leaf or Two

Overall it was another great Fall morning and a windy Fall afternoon, which turned a little cold as the wind picked up. With a couple more rains the leaves will be off the trees and somewhere down stream. The water should clear up and things should turn back to normal. Midge hatches will be the winter fish food of choice and thread midges will start taking up the first couple rows in the die hard's fly box. More layers will be added to our wardrobe and we will pass the previously pounded water and coax a few to the hook early.

A Clear Sky on a Stunning Fall Morning