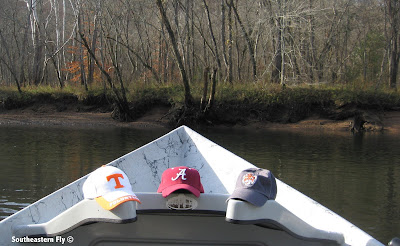 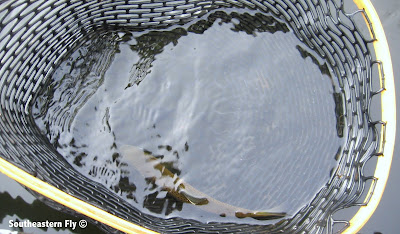 Lately just because generation stops on the Caney Fork doesn't mean we are going to fish low water. The Army Corps has been sluicing non-stop for over a month, which has produced a lot of high water and tough fishing. But, after I returned home from the Calvary Outfitters meeting on Thursday night, a quick generation and release check revealed, the release after generation Thursday at 5:00 was 250 CFS. We were finally going to see some low water. 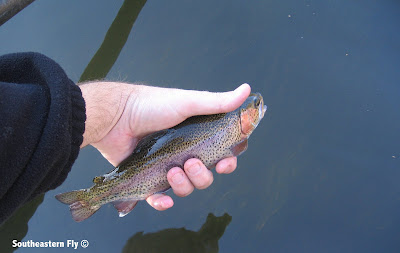 The Hatchery Brats Came Out Early Again
This trip had been planned for a while, but unexpected circumstances postponed the trip for a few days. I picked up Jamie and Rachel from their motel early and we hit the water just after the generation stopped. We backed the drifter out into the current and soon Jamie and Rachel were hooked up. Jamie, who can cast with seemingly no effort, boated the trips first rainbow within sight of the ramp. Rachel tagged her first brown on the Caney, followed that up with some by-catch and then just for kicks she popped another brown. 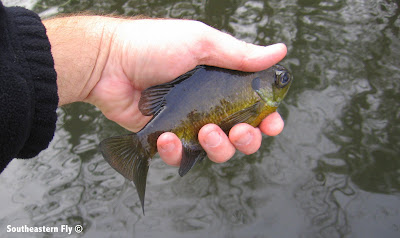 The day was made up of almost perfect temps and blue bird skies. The water was a little stained at the beginning of the float, but cleared as the water settled and the water level decreased. We saw some large browns jumping, however there were few fish spotted. This is somewhat concerning, but November can be slow on the Caney, so all is not lost yet. 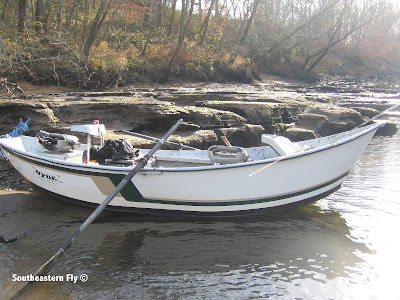 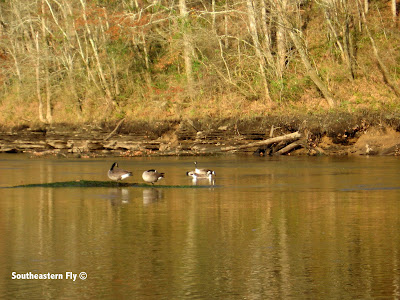 We Were Not the Only Ones Enjoying the River
We headed into a good stretch of water, which if fished correctly can produce a nice fish here and there. But, the nicer fish are particular and if the presentation is not correct those fish do not come out and play. Rachel threw the right cast and got a good drift, technically it was perfect, and she hooked up with a nice rainbow. The fish started for cover, but Rachel coaxed the bow out into the middle of the river. My memories of Rachel losing a large fish, last year in this same area, came to my mind but she played the rainbow perfectly and quickly brought it to the net. 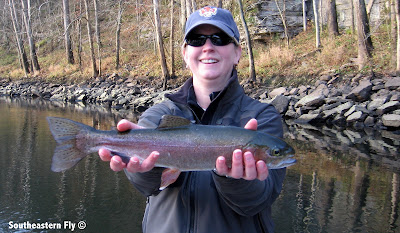 Rachel With A Nice Rainbow
Jamie was itching to get on the streamer rod. At first I thought he was joking, because I tend to like to fish that way and "sometimes" I can try to "influence" others to do the same, Jamie was ready though and we put him on the six weight. Within a few casts Jamie got into a rhythm and was pounding the banks. He boated a small bass before it just got too dark. We did confirm that after dark, every cast feels like the perfect cast. 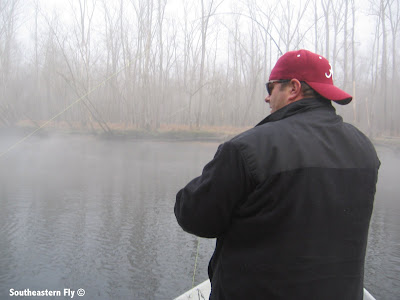 Jamie With A Nice Bend In His TFO
So, we pulled into the ramp and slid the drift boat onto the trailer. Jamie and Rachel have both come a long way from the first time we fished together last year. Their casting, hook sets and their ability to play fish, all of their skills have improved and it shows when they get on the water. 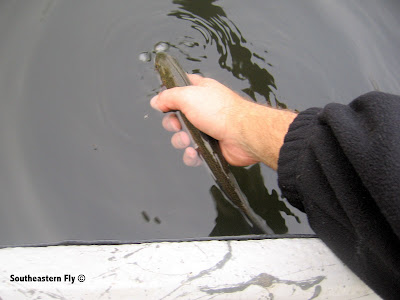