The Elk River: There have been several days of good water release levels and the fish have been eating rather heavily. That's the good news. The "other news" is the future releases are creeping upward. Maybe by the weekend TVA will close the gate for those who want to wade. Deep fished nymphs are working and small streamers are turning fish as well. 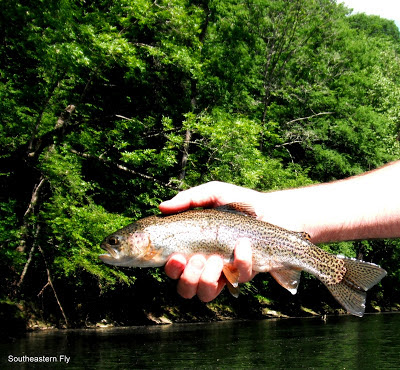 The water clarity on the Elk has been good and for the most part the banks have been cleared of debris. TWRA has released some brook trout again this year and the holdovers are doing rather well. The wet season we are experiencing is rather unique. Don't give up yet... 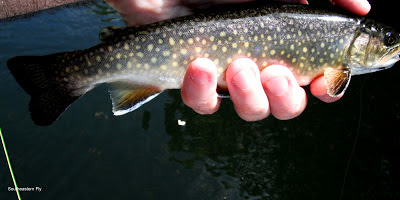 The Caney Fork River: The generation on the Caney is still on the high side. The USACE is turning the generators off in the nighttime and running them steadily during the day. The future generation continues to be dialed back. Hopefully we will see some larger windows sooner rather than latter. This river needs to be fished on some low water. 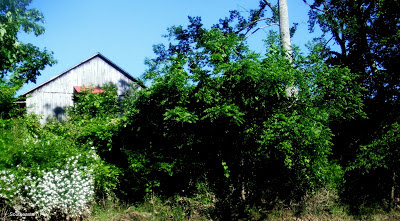 For those who have been following the restrictions on fishing below USACE dams, I have posted the press release at the end of this report. The sportsmen and women have made a difference on this one. Today was a good day. 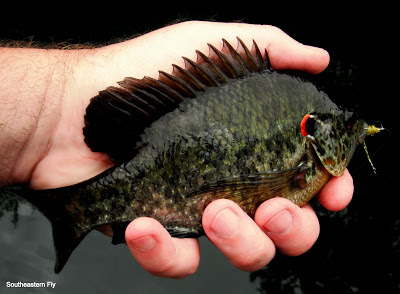 Warmwater Report: I have been looking for a quality body of water to run warmwater trips. Recently I stumbled up on one and it is a cool body of water. It fishes like a high mountain lake with lots of panfish to keep anglers entertained along with some quality largemouth and even a few smallies. 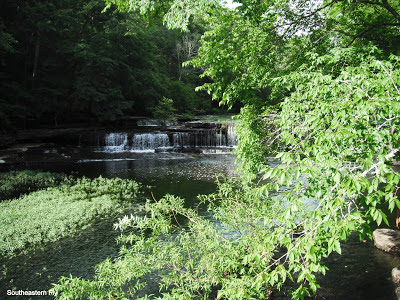 Anglers will fish from the drifter using popper/droppers. Dropping the flies under overhanging trees, on flat shoals produces a variety fish on a regular basis. The carp, and they are some of the largest I have seen, are wary. However I believe under the right conditions these fish can make an angler's fish of a lifetime list. 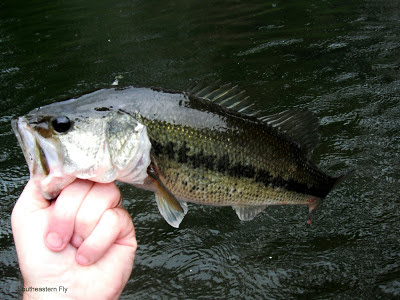 WASHINGTON, June 3 – U.S. Senator Lamar Alexander (R-Tenn.) today announced that the two-year ban stopping the U.S. Army Corps of Engineers from restricting fishing below dams on the Cumberland River, passed first by the Senate and then by the House, has officially become law.“Now the Corps is required, by law, to stop wasting taxpayer dollars and ignoring elected officials who are standing up for fishermen,” Alexander said.The legislation that became law today prohibits the Corps from implementing existing fishing restrictions for two years, while also delegating enforcement below the dams to state agencies in Tennessee and Kentucky. The U.S. Senate unanimously supported this legislation on May 16, and the House passed it on May 21.In addition to today’s two-year ban, on May 15 the U.S. Senate passed Alexander’s permanent solution as part of the Water Resources Development Act. This permanent solution would prevent the Corps from establishing permanent physical barriers, and from taking any further action until the Corps ensures that restrictions downstream of the 10 dams on the Cumberland River are based on actual operating conditions – instead of 24 hours a day. The Water Resources Development Act would also give sole responsibility for enforcement of the restricted area below the dams to the states and require that the Corps seek and consider public comment before taking further action. The House has not yet taken up its version of the Water Resources Development Act, which Alexander said made it necessary to pass a two-year ban in the meantime.The Corps had proceeded with its plan to restrict access below 10 dams along the Cumberland River in Tennessee and Kentucky, despite the Senate’s unanimous support for an amendment to the budget resolution in March that would allow Congress to prohibit the Corps’ plans. Alexander had also held numerous meetings with Corps officials encouraging them to find a compromise with state agencies, and after they refused, he said on May 8 he would restrict Corps funding in his role as the Ranking Member of the Senate Appropriations Subcommittee on Energy and Water Development.Alexander’s legislation, known as the “Freedom to Fish Act,” was cosponsored by Senate Republican Leader Mitch McConnell (R-Ky.), and Senators Bob Corker (R-Tenn.) and Rand Paul (R-Ky.). A similar version was sponsored in the house by U.S. Reps. Ed Whitfield (R-Ky.), Marsha Blackburn (R-Tenn.), Diane Black (R-Tenn.), Stephen Fincher (R-Tenn.), Jim Cooper (D-Tenn.) and Andy Barr (R-Ky.).
Posted by ____________________________ at 8:38 PM