Fly Fishing With Adam and John of The Angler Magazine

When Adam called, from The Angler Magazine Middle, TN, he said he and John, who is a fellow editor from the Metro Atlanta & North Georgia edition, wanted to fish, we set a date and booked a day on the water. The morning of the trip we loaded the boat at the gravel bar and shoved off under sunny skies with a chance of heavy showers later in the day... 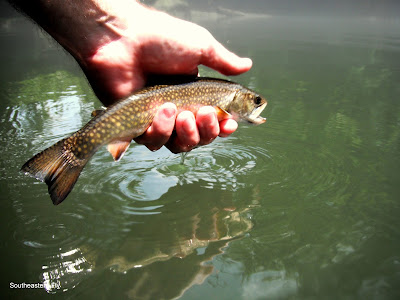 Adam and John have been fly fishing for a while and John brought the first fish, a rainbow, to the net after he cast below a fresh blowdown.  As the fog lifted off the water the fish began to respond to the nymphs we were floating along the bottom. The guys were in a rhythm early as the fish made indicators dive at a fairly rapid pace. 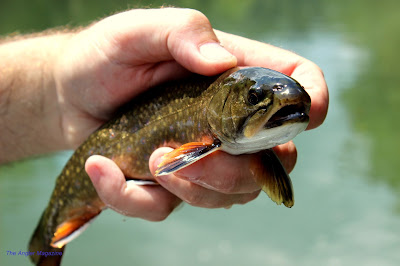 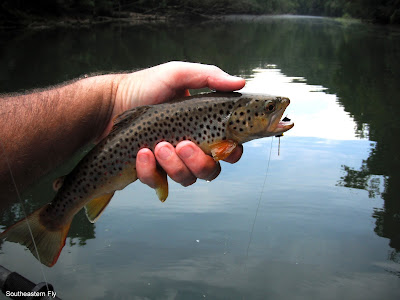 The guys were catching fish in most holes and most shoals as we made our way downstream. The first rain shower came and the fish shut down, then the sun popped and the fish responded again. So to sum it up, the fish stopped eating nymphs when it rained... 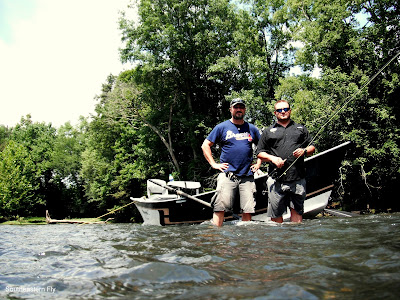 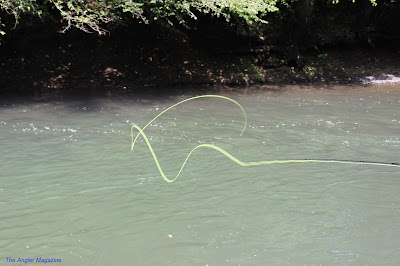 As noon passed we found ourselves at lunch. We broke out the chairs and table, then the BLTs! That's becoming my second most favorite meal on the river. We wrapped up lunch but not before John brought more fish to hand. 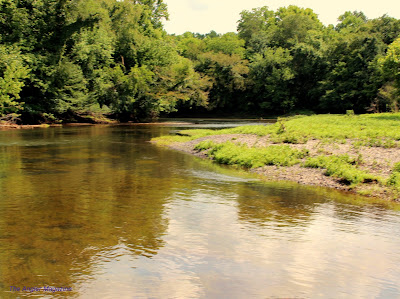 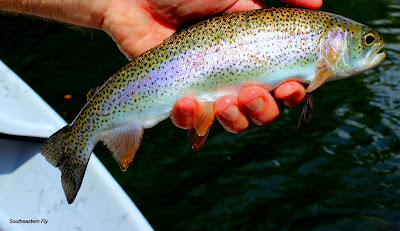 The afternoon wore on with the guys boating fish at the usual places. Then Adam tossed a nymph at the leading edge of a pool and got a hit when the fly hit the water. This struck a nerve... After several more minutes we went to terrestrials. We had a few slashes and refusals but eventually we had some lip sticking action. 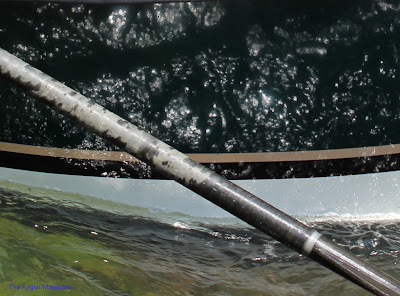 Then the thunder, lightening, and rain came. We were a couple miles from the take out so getting to the truck wasn't really an option. We toughed it out and when the storm turned to rain, we turned to streamers on a floating line. The fish responded. So we ended the day on streamers with an occasional terrestrial thrown in for good measure. When we made it to the truck the trip was classified as a big number day. The guys had a smile on their face and I had some flies that had been chewed pretty good. Next time Adam calls we will be geared to fish rain or shine.
Posted by ____________________________ at 7:11 PM