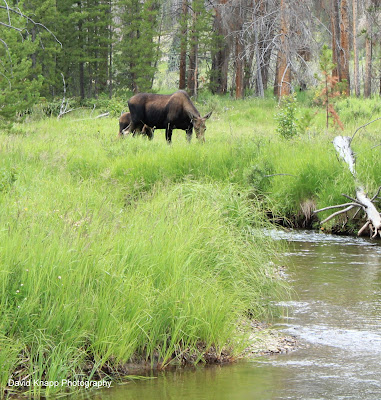 The Colorado trip was quickly winding down and we were on the last full day before I headed back to Denver International then onto Nashville and finally home. David would prepare to start teaching the coming week and had a steam in mind for late in the day before he started. It was a mad dash to fish some really cool waters. 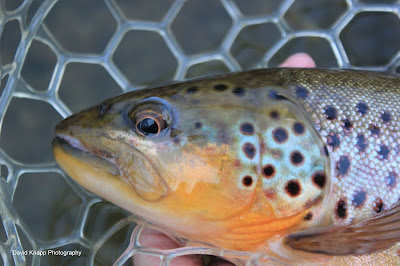 We said goodbye to Almont and headed across Jack's Cutoff Cabin detour and onto Taylor Park, then over Cottonwood Pass and into Buena Vista with a stop (somehow) at the South Platte. The water was low, which seems to be the new western theme, but we fished for a while anyway and then back in the car for a run through Breckenridge...and a stop a Taco Bell for nourishment. Never pass up Taco Bell! 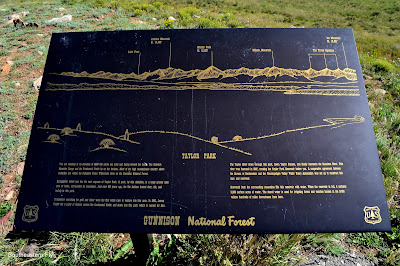 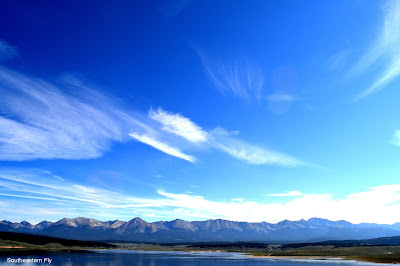 We made our way over several passes and the higher we went the more sleepy I got. Fortunately I was only a passenger and David was the tour guide on this day, much like he was the tour guide the other days. We were headed to Rocky Mountain National Park and weren't letting any grass grow under our feet, if you know what I mean. We arrived at the park entrance and David swiped his card then we slid in the back side of the park entrance. Our first stop was a cool spring creek where rising brook trout were having their evening meal. David stayed back and gave me the water. I tied a knot to a dry fly and dropped it into a few feeding fish. Right on queue the brookie rose to the top and ate. The Helios played the fish and I smiled. This would be the last fish of the trip... 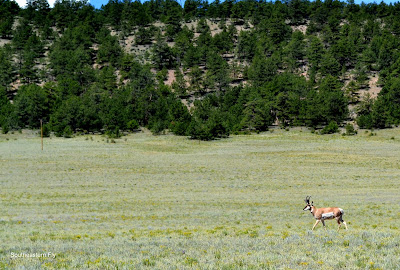 Just as I was casting, David came out of the woods and announced there was a mother and baby moose further down the creek. We made our way down the creek and were able to snap several photos before the crowds gathered, similar to the way people gather when a bear or deer is spotted in Cades Cove. We quickly slipped out of the mob and continued the trip through the park. 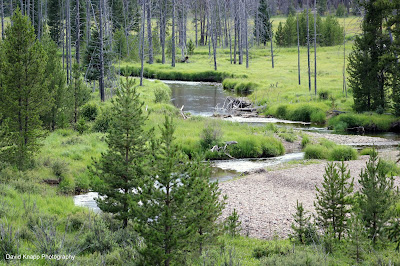 The photo above shows a river I definitely want to fish on my next trip to the area. That pool right there, yes the long pool you are no doubt wanting to drop a dry in right now, yep that's the one I want to fish... Maybe next time. So we continued on through the park and then came out close to Estes Park (somewhere). We continued on and dropped a few flies in a public lake before darkness set in. 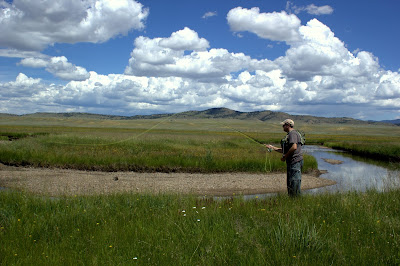 It was a long day with many miles traveled and some fish caught. The brookie completed my slam of rainbows, browns, cutthroats and finally the brook trout. We were heading through the gorges as we drove along the St. Vrain and then came in the backside of Lyons. It was a bigger town than I had picture in my mind from Gierach's writing. This could also explain why he moved on further up one of the canyons (or wherever he went). 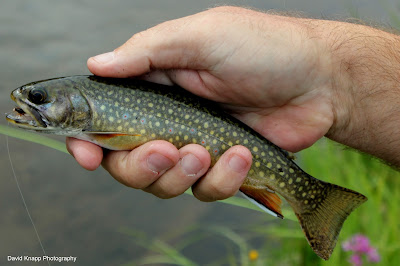 Before I knew it, the next morning, I was standing in security waiting to walk through the metal detector and then on to board the plane East to Nashville (BNA) where I would get in the truck and head back to Murfreesboro. And after all the miles I was back on the oars on Middle Tennessee waters. My first trip to the West was a success measured a lot of different ways and it made me appreciate the many opportunities I have been so fortunate to experience. 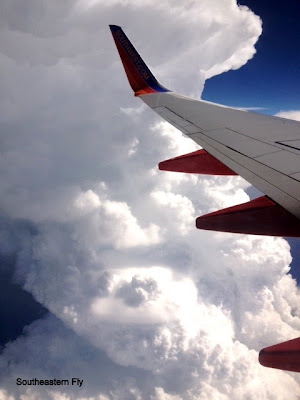 Update: Estes Park and Lyons have both received extended periods of heavy rain and flooding since this report was written. Some of the roads we traveled on this trip are now washed out, highways included. The news from the area has not been good. Below is the latest note from David:
Doing fine out here as I thankfully live on high ground. I got out some today to take pictures and video of the ongoing high water and will try to share some of that later tonight or tomorrow. Not going to be fishing the local creeks for a while though. There are still lots of people unaccounted for so prayers would be appreciated for everyone affected by the flooding out here.
Posted by ____________________________ at 11:47 AM