Vince and Cary Getting It Done 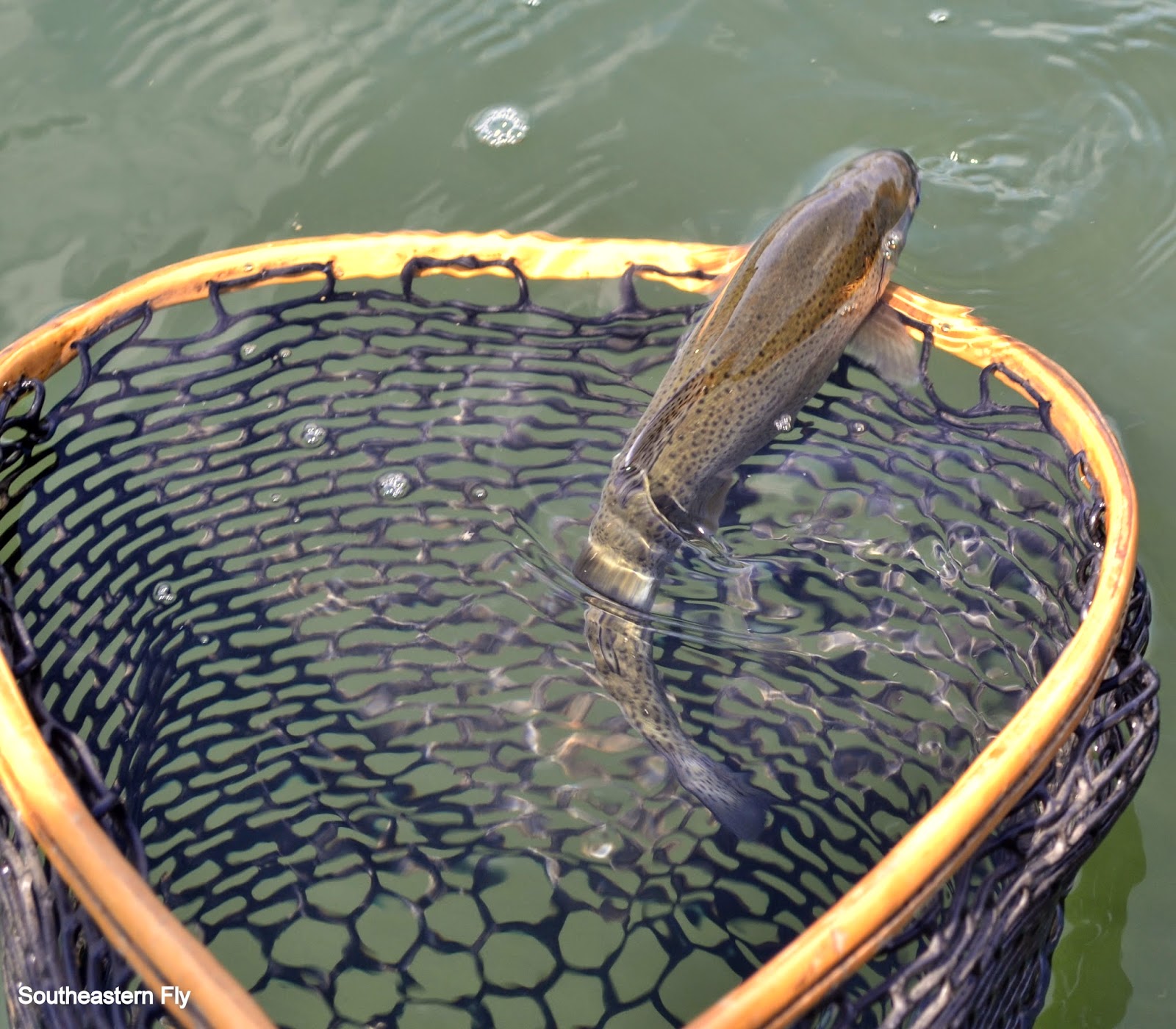 Vince called one evening and asked about an open date in just two days. A trip had cancelled for the same day, just an hour earlier, so we filled it with Vince and Cary. Vince lives in Nashville and with Cary coming in from Chicago it was only natural these two anglers spend a day on a drift boat. 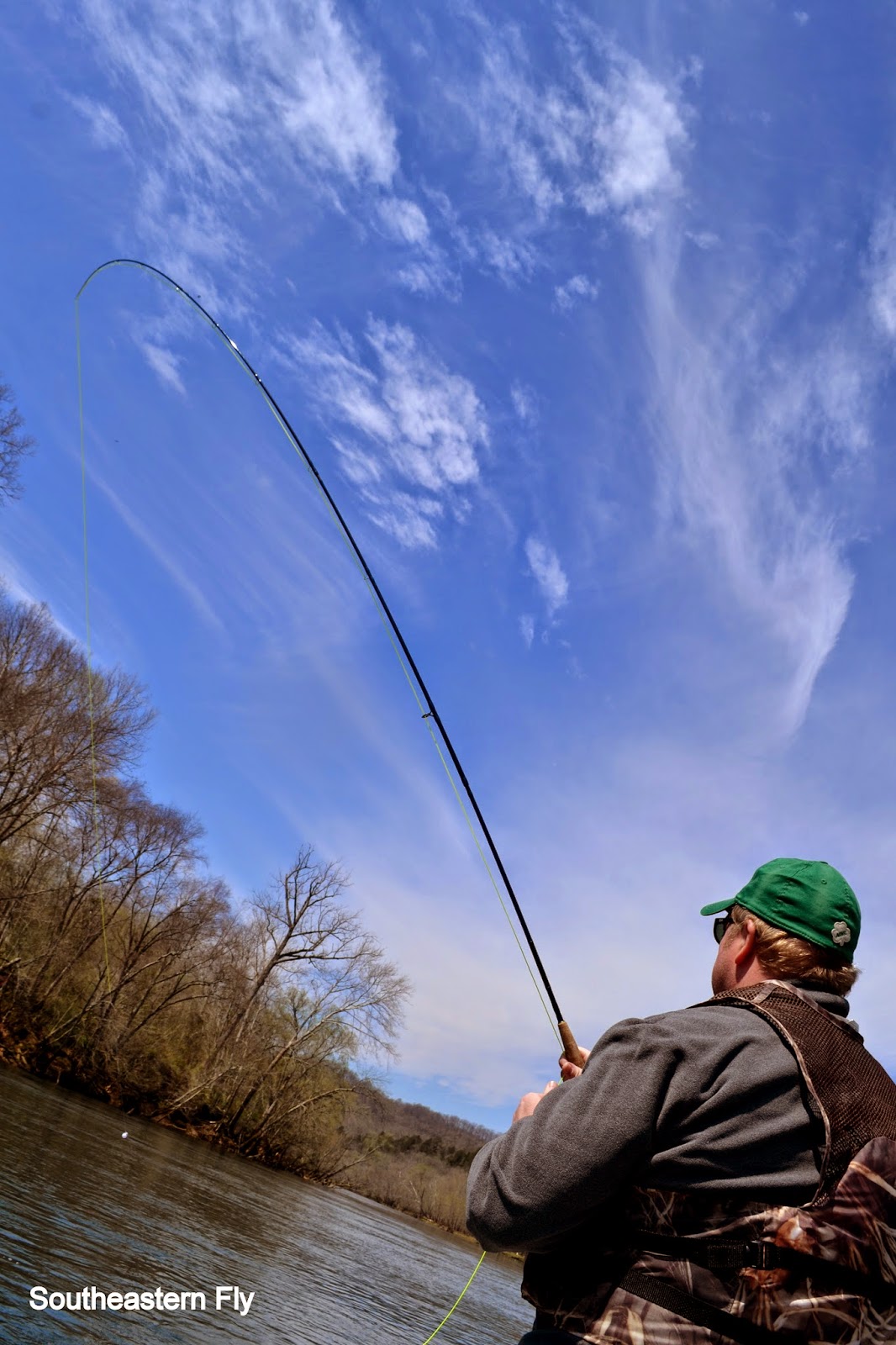 We launched the drifter and the guys went to work bringing fish to the net while I ran the shuttle. After that we pushed away from the gravel bar and pulled out the streamer rods... With flies sailing overhead we hit some high-value areas and after more time than I wanted to spend the tally was, exactly, zero throwing the groceries. The next best thing in this situation is to pull out nymphing rods and do some deep water nymphing 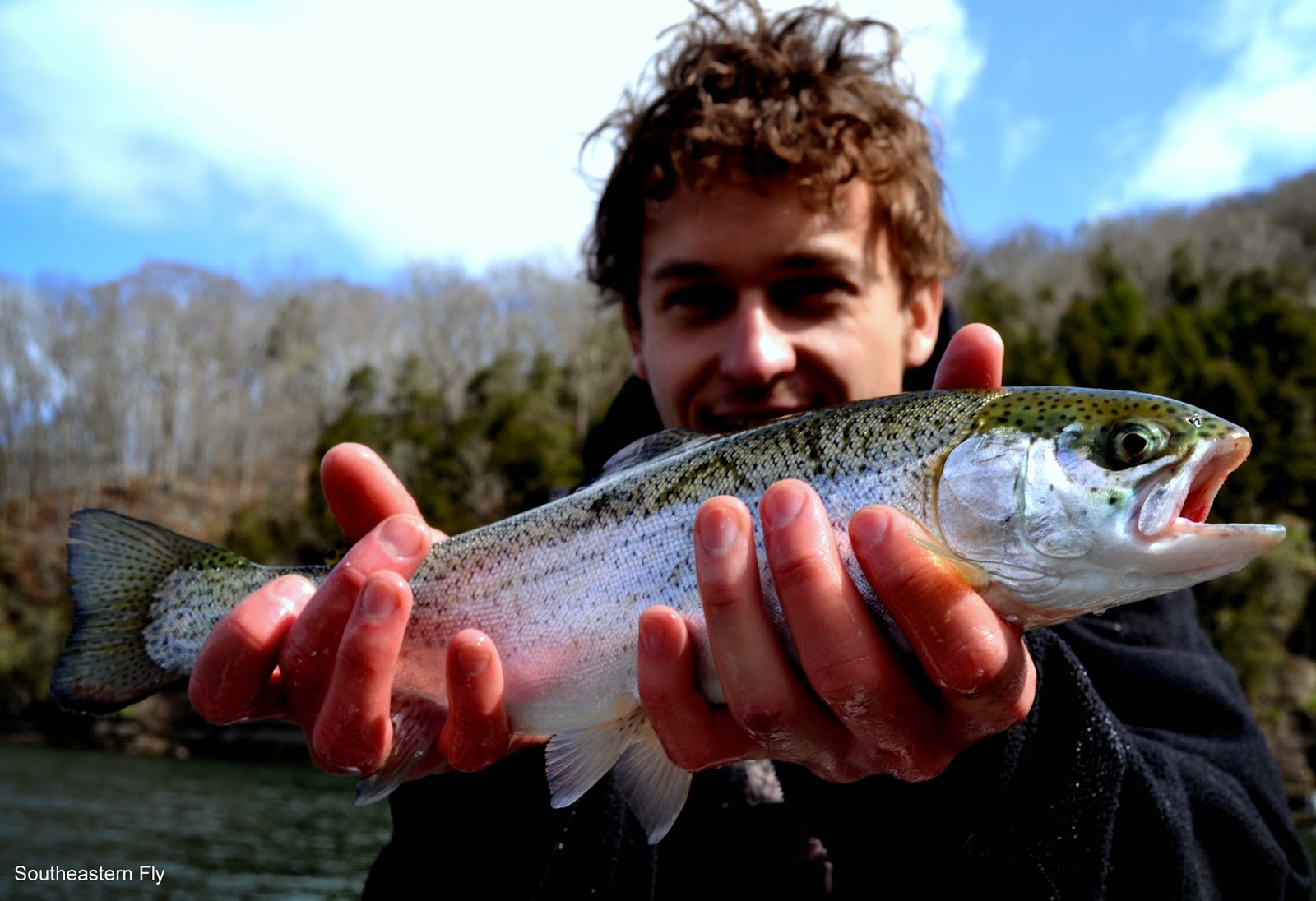 Vince was the first to strike pay dirt with a nice rainbow, then he bagged a brown and it was on. Cary wasn't about to be outdone, got his drift settled in and he was bringing fish to the net as well. Before we knew it the day was getting away from us and we weren't very far into the float, so we did something I do not ever like to do... We had leave fish to find fish. 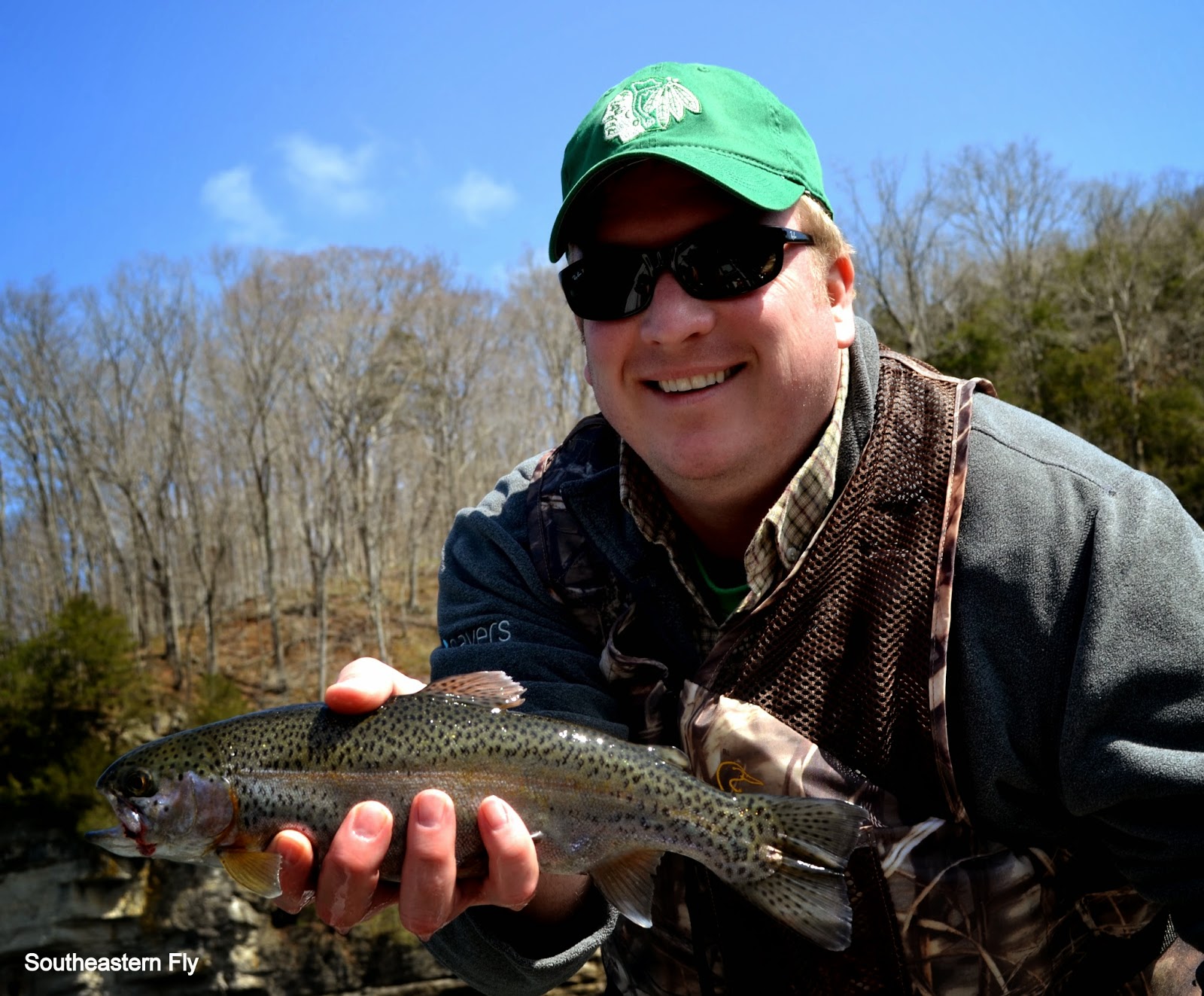 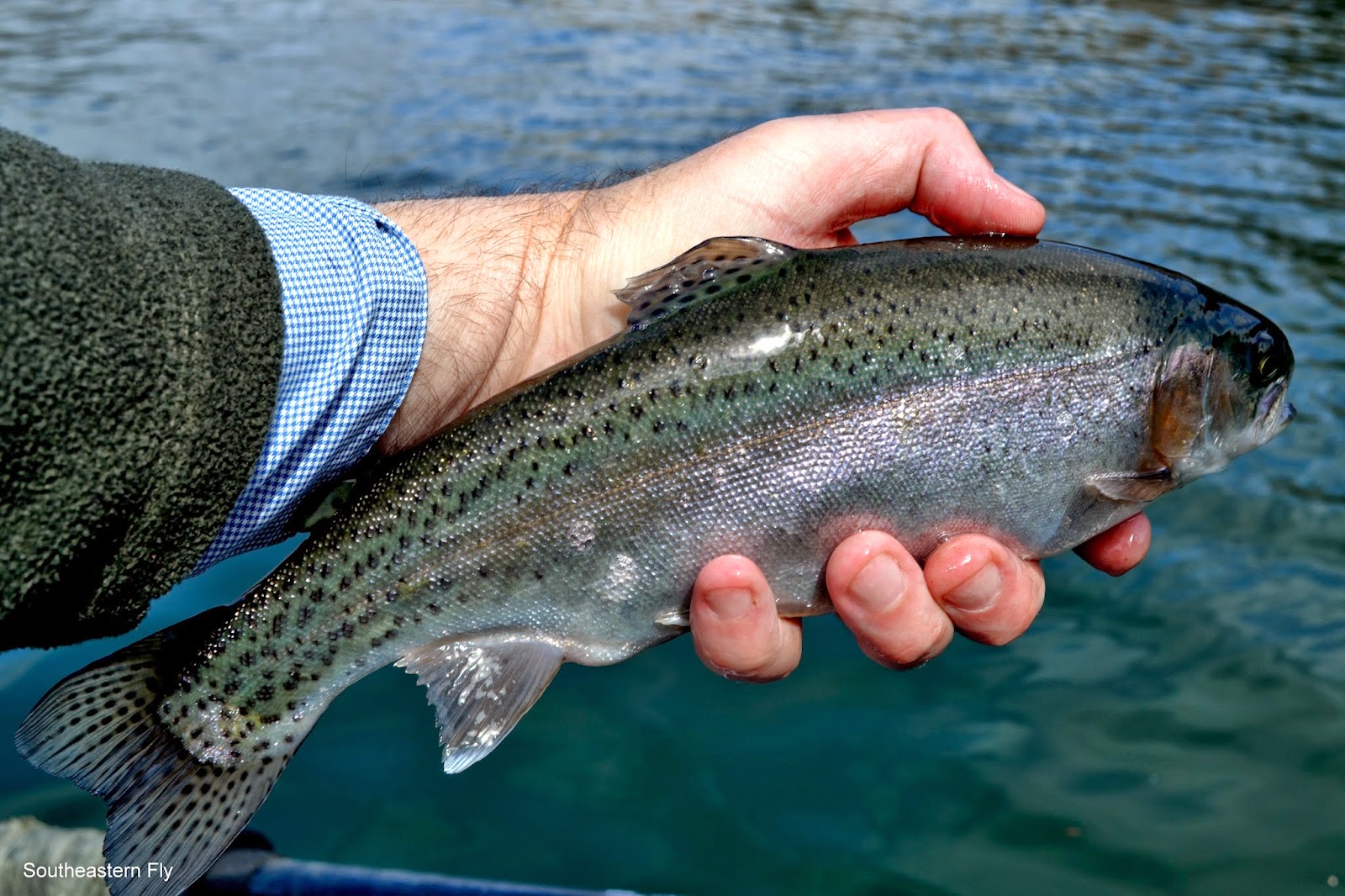 Every gravel bar and drop-off seemed to hold a fish or two. The more the guys picked their spots and dialed in the drift the better the fish responded. We were fishing the deep spots as well but it seemed most of the fish were responding to a deeply fished fly that was just ticking the bottom. With the flies ticking we had our fair share of false sets, but it was worth it when a fish was picking up a fly for an inspection. 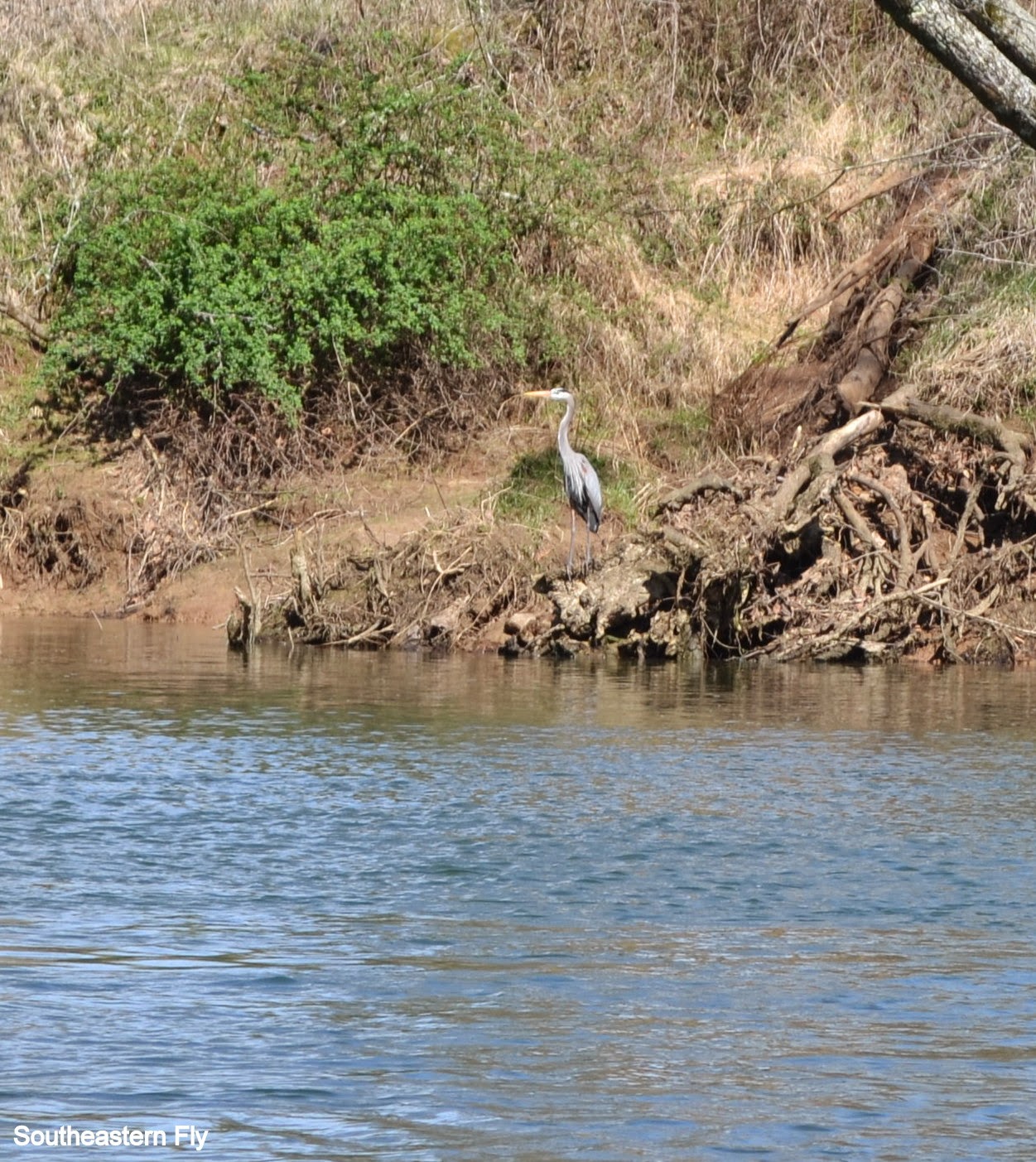 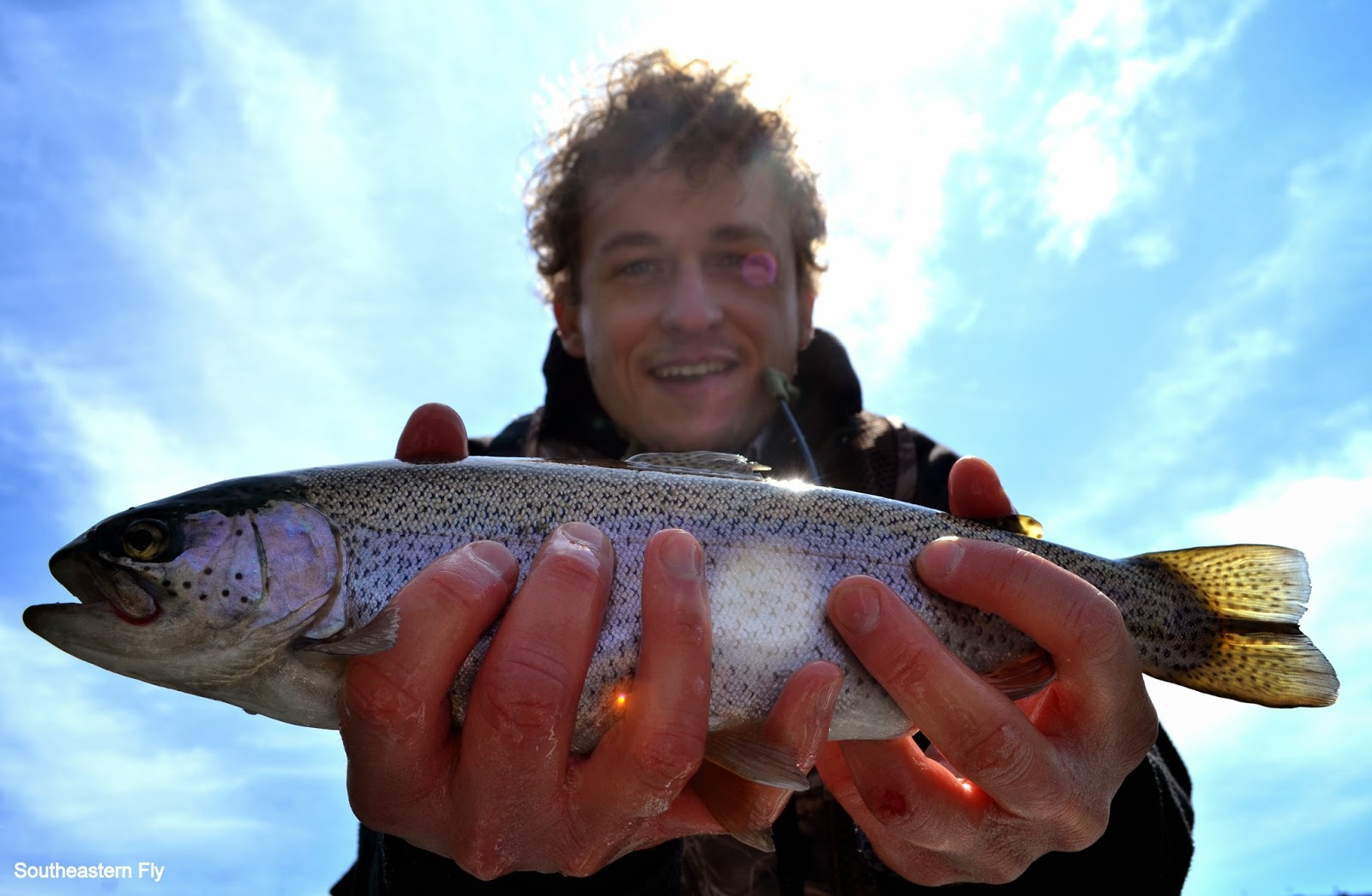 The fish continued to eat as we made our way down the river. The water was still high and the guys stuck with deeply fished flies with lots of weight. These rigs, similar to the chuck-n-duck method, are tough to toss and timing is everything. At lunch I picked up one of the rods and quickly left a nice knot at the indicator. After rigging the rod again and finishing up lunch we were off again. 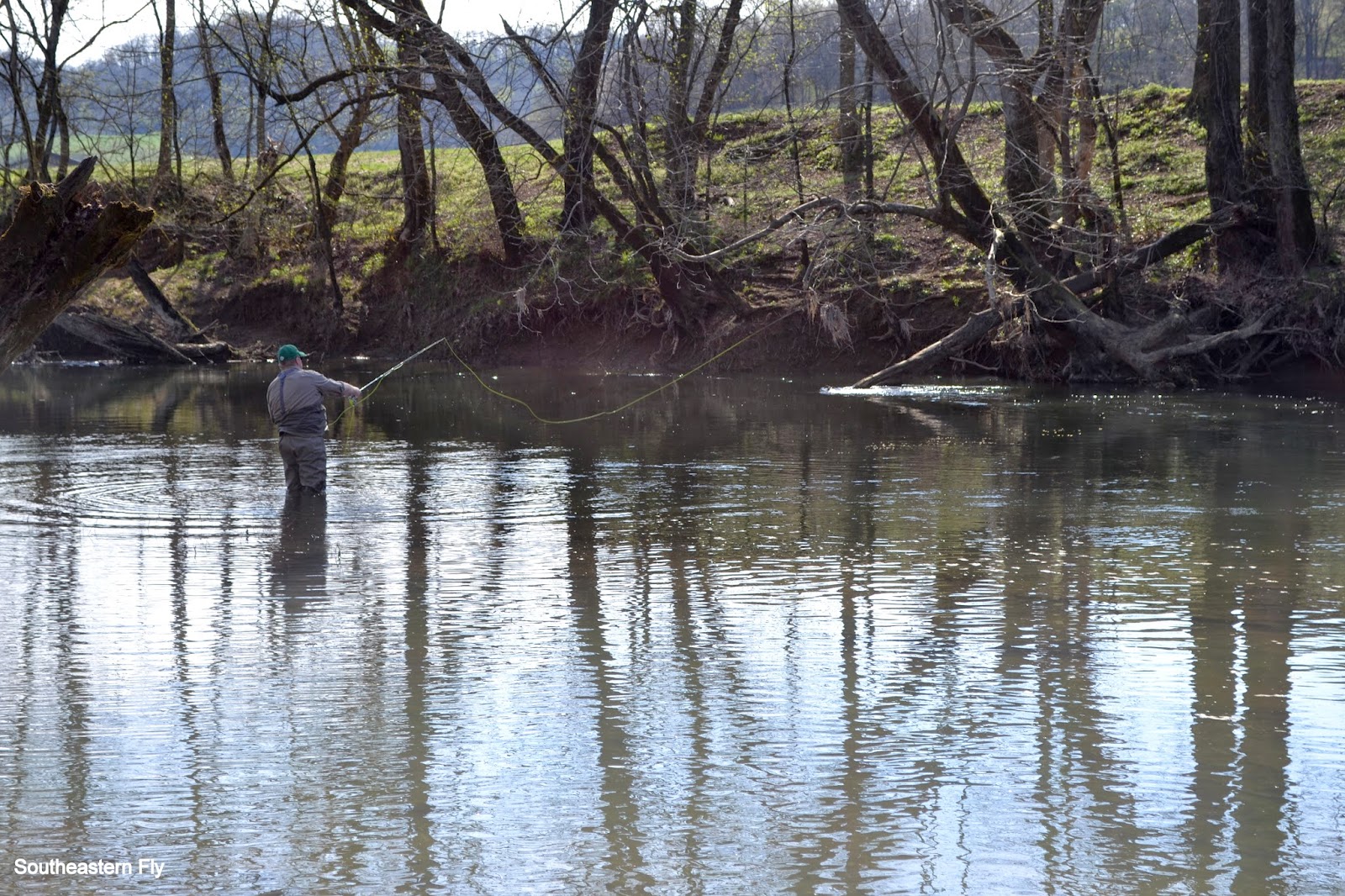 Vince was the first to boat a fish after lunch too and again Cary wasn't far behind with another nice rainbow. The good drifts continued to pay off. We continued moving picking the better spots and even stopped to wade for a bit in some likely water. The day began to wind down and we slid into the ramp after a good day on the river. Cary and Vince were both very comfortable with the streamer rods and deep water nymph rigs and guys it was fun to get out on the river with you both. Hope to see you next time you get together in Nashville. We are booking well into April and have openings in May. The weather and generation have been cooperating for most trips and if one river is generating we usually head to another to make it a good day on the water. So, if you want to set up a day on the river just email or call/text 615-796-5143. 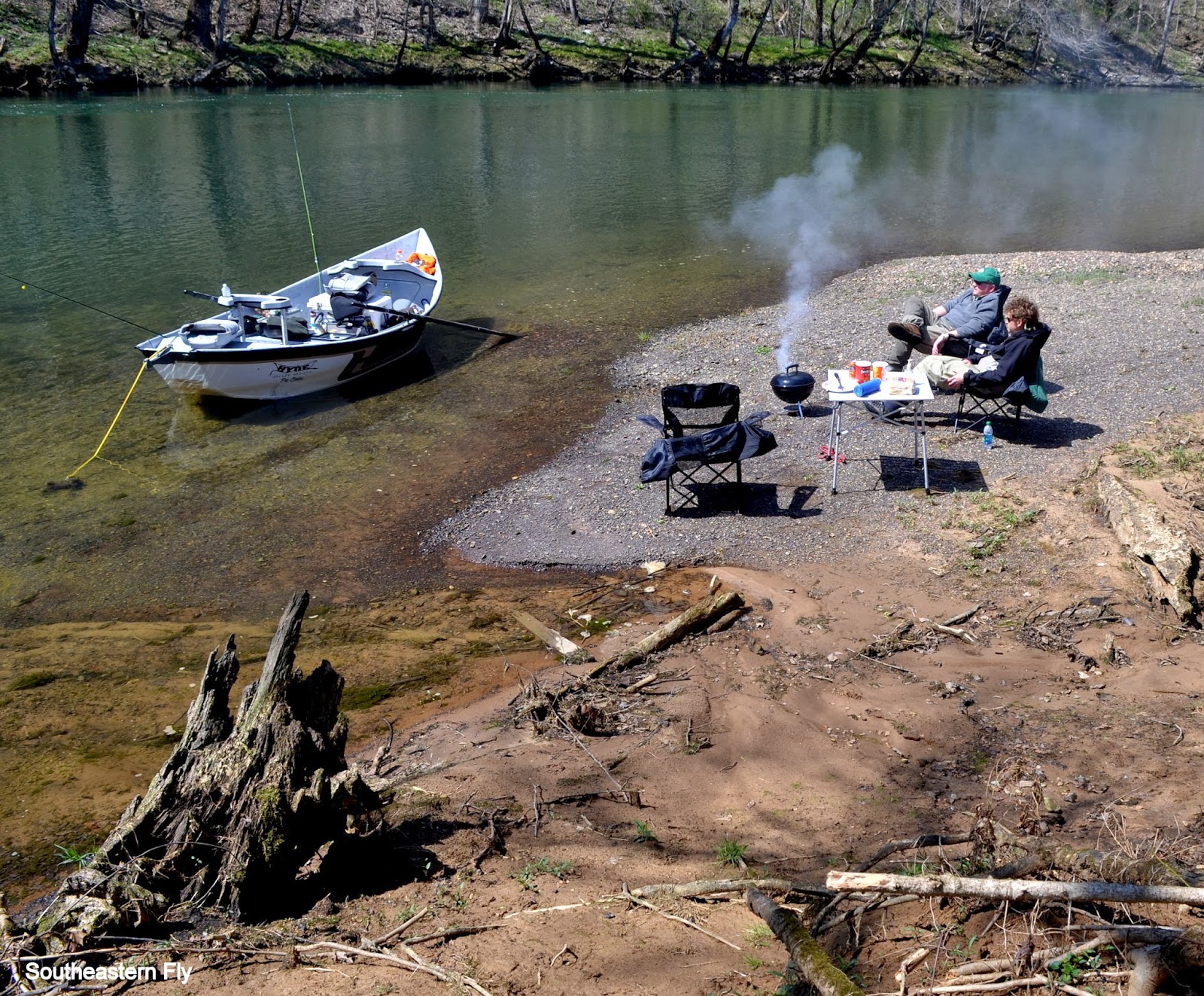