We started the float at Center Hill Dam early on Friday morning. I was joined by James C., Mike, Rob and Robb. James is a local who fishes the Caney and the Elk. Mike is from the Middle Tennessee area, but hasn’t fished with a fly rod in years, but caught on quick. With one generator running Mike picked up on the 8 weight and streamer fishing remarkably fast. Rob and Robb are bass fly fishermen from , which is just across the border in and Northwest of the . The group was participating in a "Team Building Exercise".

Rob and Robb were heading back to the frozen North on Saturday, so all four took a much deserved day off and booked a trip to the for some fly fishing. It was a little cool and damp, but for the first time in several weeks the wind was down. This is a positive change from previous reports and I for glad for the less windy days.

Since there were four fly fishermen on this trip I grabbed the services of fellow guide Mark Roberts. Mark did an outstanding job putting his boat on fish and serving up the food while I attended to fly rods at lunch. Thanks Mark.

We threw everything we had at them on this trip. We had flashes on every color but we grabbed the most fish on white. At one point during the morning a fish came up to and pushed a yellow Zonker about six inches, but didn’t eat it. That has been happening some this year, but this time it was in more shallow water. I had a good look at the fish when it moved the fly right out of its zone. This was pretty interesting stuff to say the least.

We took an extended float, so when we finally hit the ramp at dark everyone was pretty tired from casting buck tail and marabou. The rain set in just as we tied down the boats and loaded the rods. I can type on and on, but the photos tell a much better story than I can. Let's start off with the first fish of the day, just after we shoved off… 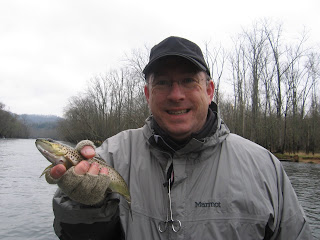 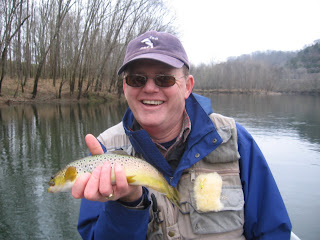 Rob with a Brown Caught on a Streamer 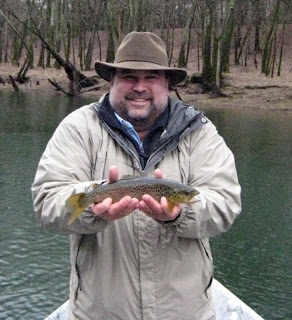 Mike's First Brown on a Streamer 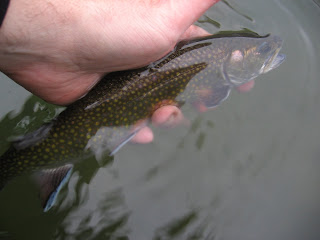 One of the Few Brookies Caught 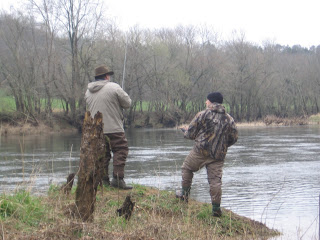 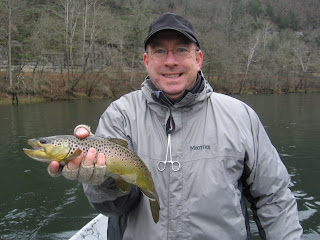 James with Another Brown, Released Itself in the Net (that was close) 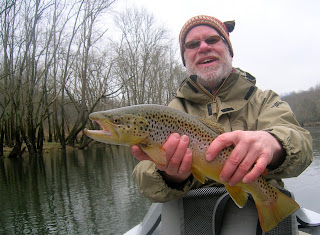 Robb's Brown of the Day 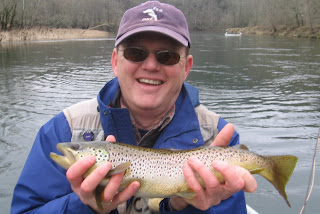 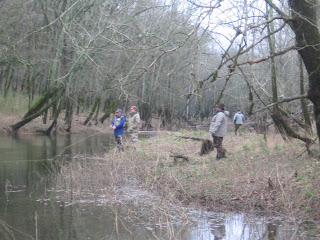 The Group Just Before Lunch 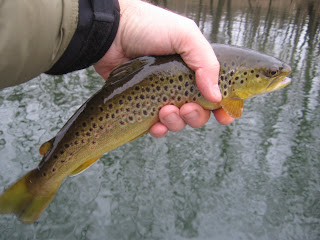 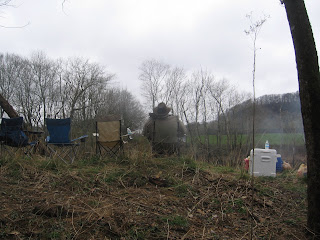 Mike Takes in the Scenery at Lunch

Thanks James, Mike, Rob and Robb. I appreciate it and look forward to the next time.
David