Anthony, Dan, Mark and I went to the to fish a cool tailwater on a hot summer day. We shoved off from the dam access among several other boats, canoes as well as other forms floating transportation. Everyone, it seemed, was headed to Ferris Creek and most were going to stop along the way to fish for trout. The trout are still in the river for sure, but the number of shad in the river was the talk of the morning.

With a water temp of about 57 degrees and an excellent flow the trout were cooperative. We spotted trout in amongst the schools of shad and were able to pick up some here and there throughout the morning. The usual nymphs and midge combos worked as they should work this time of year. We picked up browns, rainbows and a decent carp along the way during our morning float. 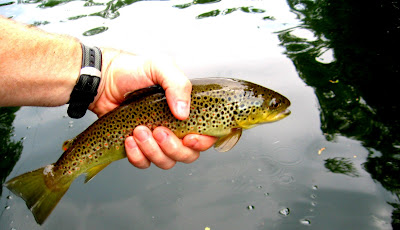 I had just sat down on the rower’s bench after a long stretch of drowning a nymph and a couple of midges. The only thing between us and lunch was a riffle. With Anthony at the front casting station guiding us we made it through the riffle without even a scrape. Anthony threw his nymph into the run below and promptly picked up a nice rainbow, just as we glided to a stop for lunch. Mental Note…go back and fish that run…


We stopped for lunch, re-hydrated and each found different stretches of water to fish before getting back in the boats for the second leg of the day. I think everyone picked up some rainbows and there were a few small browns caught as well. Also, we enjoyed some entertainment from some locals who were floating downstream just passing the day.

When the lunch break was finished Dan and Anthony swapped boats for the afternoon float. As Anthony and Mark disappeared around a bend, Dan and I rowed back upstream and hit the pre-lunch run again. Dan picked up a nice brown and we lost a decent rainbow from the run. Then we found a spot in the conga line and continued downstream, straight into a thunderstorm. It rained hard as we stood under a bridge with several other fly fishermen from , and After the storm passed and we bailed water from the boat we continued our float. 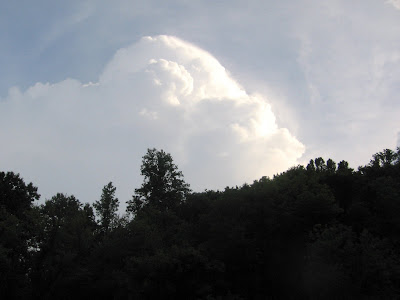 Thunderheads Gathering on the River 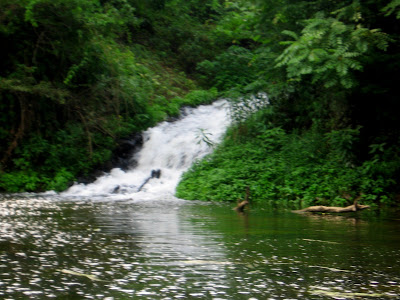 Release from the Watercress Fields 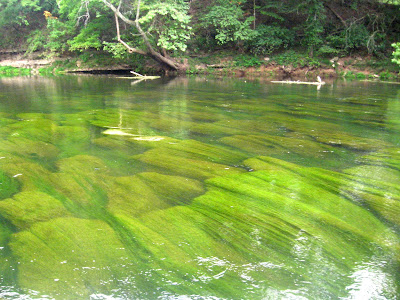 Vegetation Along the Elk River

I am not going to bore you with the blow by blow of the rest of our day, however after the rain there was a significant amount if vegetation floating in the current. We hooked one of the larger browns were looking for on the river, but it was lost at the boat after a screaming run that ended when the line went through some of that vegetation and the brown broke the tippet. Mental Note…..go back and fish for that brown…