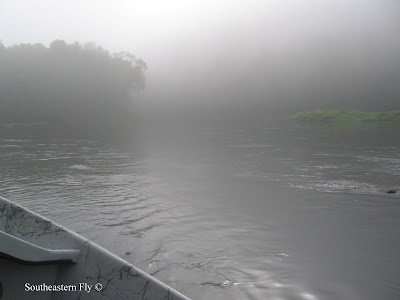 Early Morning on the Caney Fork

Mark and I launched the drifter in the morning fog. We caught the rising water, which is unusual, but we both had to be home in the afternoon. So we took the water as it came and made the most of it by fishing streamers. We fished to some resting fish that were hid among the weed beds and had several flashes and a few bumps. We hooked up with a streamer as the water began to fall, but it was a very tough way to go. 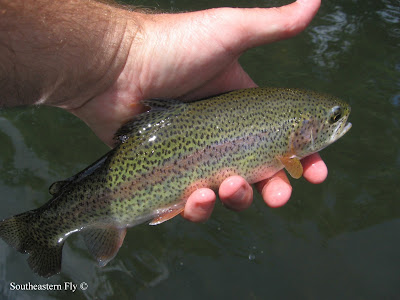 A Rainbow in the Mix of Browns

The water was still stained and in the mid to upper 50’s. The air temp, with this cold front, was again outstanding! We put the streamers up for the most part and pulled out the nymph rods with some midges and nymphs as offerings. We hooked up pretty quick after that, but didn’t get into consistent catching until later in the day when the water was almost bottomed out. We caught some nice fish, some of the shots I’ll put up on the report and some I’ll need to keep to myself for future reference. 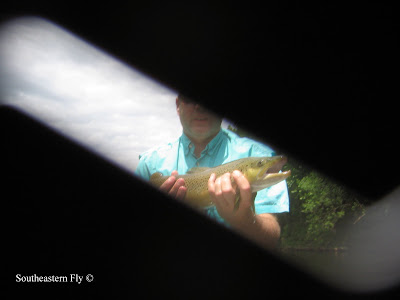 Looking for a New Camera (with a lens cover that will open!) 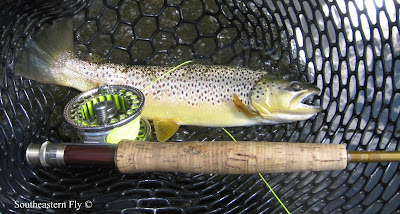 Caught a Brown and a Sage Rod Too 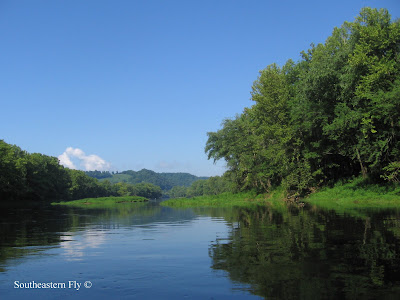 Turned Out To Be A Nice Day!!!

Anyone fishing the Caney in the next week or so should take many colors of midge patterns from size 18 – 24. Keep switching until you hit on the right color. And, don’t be afraid to put a good sized nymph on to get those midges down into the feeding lanes. For those out there who are reading the report and thinking about booking a trip this is a good time to get out onto the water in the drifter for a full or half day float. 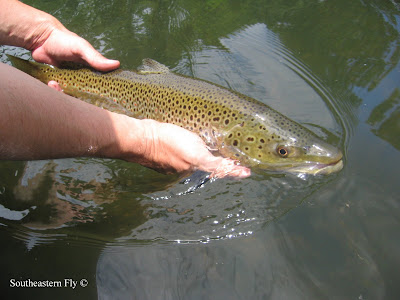 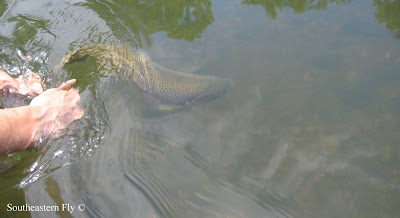