When Mother Nature comes knocking, as she did in the Spring this year, things change. After a canceled trip early this year, Jeff Y. & Joe P. re-booked for a day on the Caney Fork. We left the appointed meeting place at 5:30 a.m. and were on the water and fishing before 7:00 to beat the crowd. 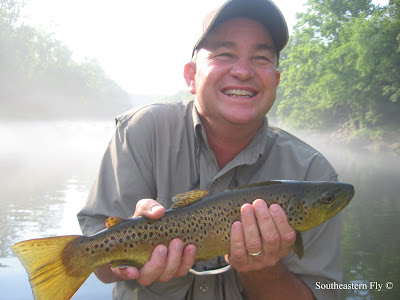 Jeff's Brown Early in the Trip 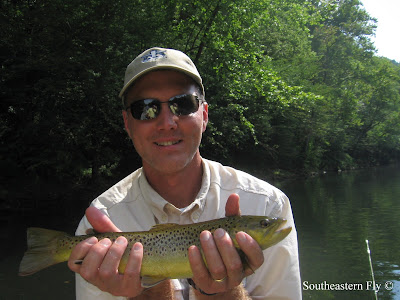 The guys are part of the Calvary Outfitters group and they are both a lot of fun to fish with. They both have extremely busy schedules and only get to fish a few times a year. But, within minutes Jeff and Joe had both hooked up and boated their first rainbows of the day. They both have good casting qualities that improved throughout the day and learned a few things about mending as well as the strip-set. 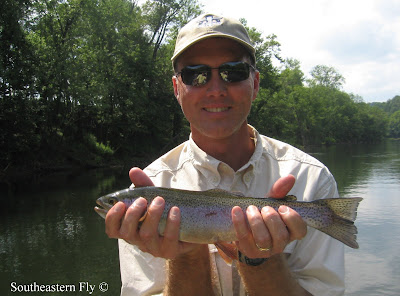 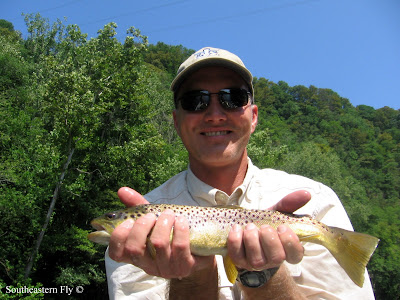 Joe's Matching Rainbow and Brown Trout
David's Definition of Strip-Set
A hook set that doesn't raise the rod tip, but pulls the rod tip at a side angle with the dominant hand, while the angler uses the other hand to pull the line tight. Which, sets the hook and starts the fight!

TWRA on the Water
The TWRA
Being on the water as much as I am, allows me the opportunity to see a lot of things. The drifter has been checked for life jackets, my clients, friends and I have been checked for fishing licenses more times than I can count this year. I see this as a good thing and hope TWRA continues to patrol the river as much as possible. What you cannot see in the photo above is the other TWRA Officer who is behind me writing another ticket to a gentlemen who, when asked to show a life jacket for each person in their boat said........ 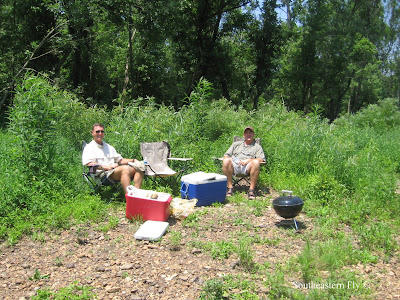 A Warm Lunch and a Slower Pace

Joe had the Slam before lunch with a nice brookie and Jeff had boated the best brown. After a warm meal and bit of a rest, the guys were back at the long rods and drowning the midges. Joe wrapped up the largest rainbow of the trip while Jeff boated another nice brown and caught his Slam with only a short time before the float came to an end. 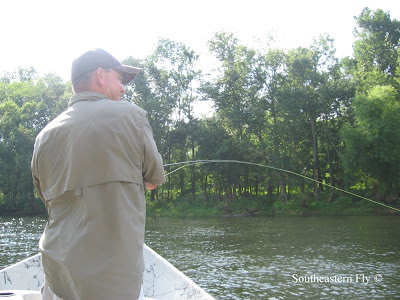 A Fish Puts an Arc in Jeff's Fly Rod 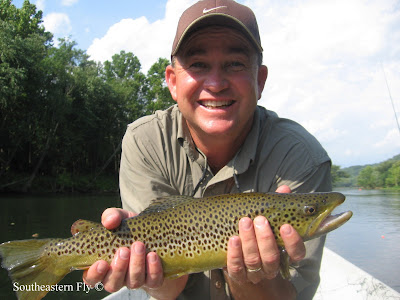 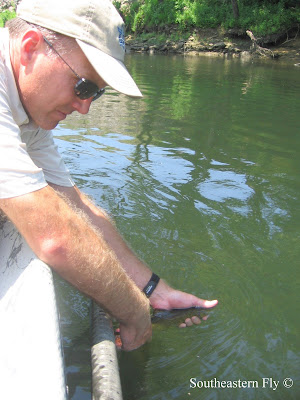