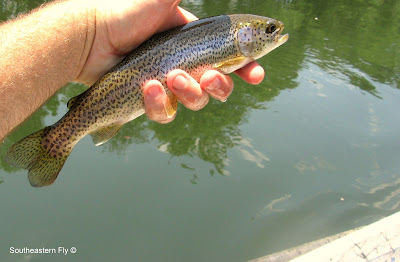 Our First Customer of the Day
Last year I attended the Nabours and Friends for Project Healing Waters benefit. I met John and Brett while there and we had a good conversation about fishing. John has a drift boat and wanted someone to help him learn how to row it. Brent likes to fish and wanted to fish a different part of the river. I just like to be on the river, so we made a deal to go fishing in the future. The future arrived this week and we made plans to float the river, fish a little and give John some time behind the oars. 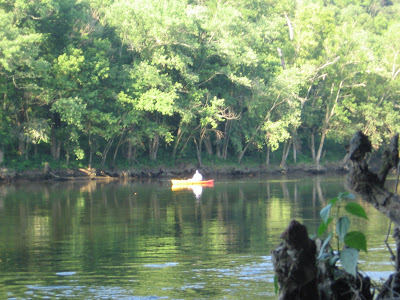 There Were Some Others on the Water Too 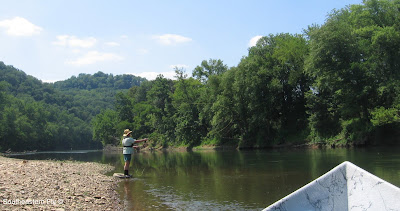 John Fishing While the Drifter Rests
Although we had plans to fish, we also wanted to enjoy the river. We hooked some on streamers, but not any real big fish. We took time out to rest, wade in the water and cool off while we took time to catch up. It was just a real nice float and a calm day. 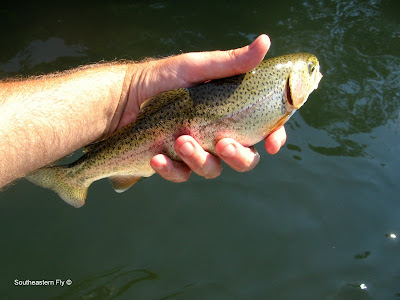 While we did fish, we also enjoyed the sights. The highlight of the day was when one of the eagles came out from it's perch in a tree down river. It took flight and came up-river toward us, then right over our head while we were drifting downstream. All three of us completely lost focus. A world record brown trout could have been on the line and none of us would have cared much. Well we would have cared, but the eagle was awesome! The eagle flew right over our head and then disappeared into the trees. The camera was in rowers bench and I couldn't think clearly enough to take it out for the shot. But, that's OK because the shot is vivid in my memory.

The day wound down with John at the oars while Brent and I fished a little. The water never did fall out completely and we missed our shots on low water. The company was good, John got some seat time, Brett got some time on some different water and the eagle sighting is burned in my memory... 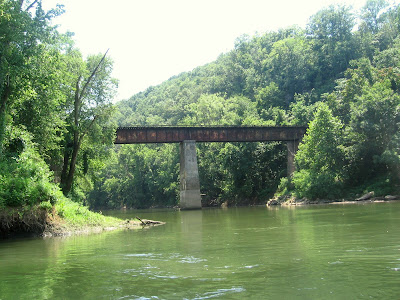