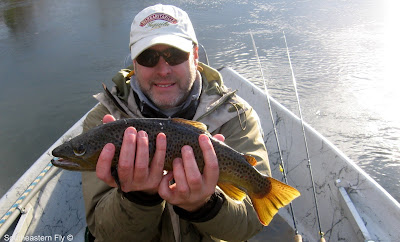 The First Fish of the Day
We were on the water for a few hours over the long weekend. The guiding season is winding down and that gives me opportunities to try some different things. We hit the water after the Army Corps turned off one generator, but the water did not fall out as fast as expected. The reason? We determined it was probably because of the heavy rains, over the 24 hours prior to our float, dumping larger than normal amounts of water from the feeder creeks.

It was a slow day and it took a while to get a fish in the net. We tried midges, nymphs, had some follows and flashes on streamers and even had a couple nips and pushes on streamers.

What's a push?
A push is when the fish takes the streamer in its mouth and moves it without eating. It is quite an experience. It happens like this- the fly is coming toward the boat, the fly moves -slowly- sideways sometimes as much as a foot. Then the fish lets go and turns. As the fish turns you recognize what just happened. We toss the fly back to the spot and try to let the it sink. But, it is still hard to get a hook up. That's OK though it is still pretty exciting moment. 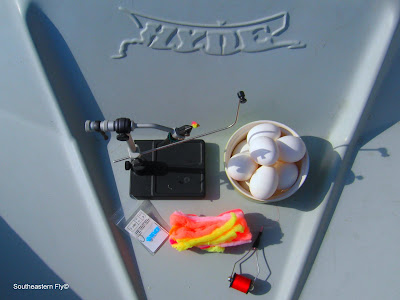 Last year I drove up to Cumberland Transit and spent some time talking about egg patterns with Leo. It was last Fall just before we went to the Little Red. As everyone knows egg patterns are a normal part of every angler's fly box in that area. When in Rome...

Flash forward....About a month ago I lost a decent brown on an egg pattern, so on this trip I made sure there was an egg or two in the fly box. The time seemed right and I tied an egg on under an indicator. After a short drift the indicator dove, I was actually paying attention to my indicator....hard to believe I was actually watching the thing, but it happened. Anyway, I set the hook and after a pretty short fight we were netting a nice brown. Eggs one, fish nothing. 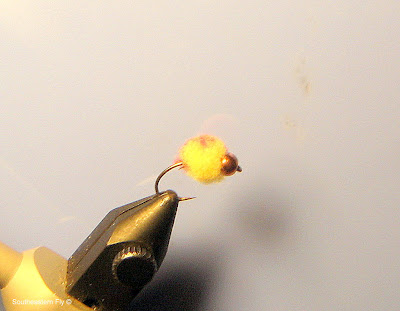 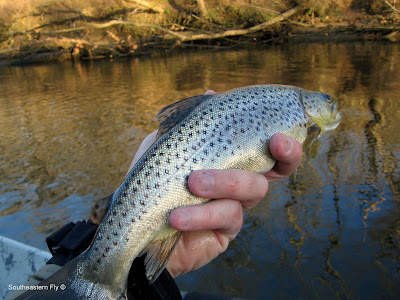 Anthony's Brown
As we rowed down the river Anthony was taking his time and picking likely spots. Not to be left out Anthony hooked up with a nice brown on his own egg pattern. It takes a good drift with the egg bouncing just along the bottom and looking natural. The weight/bead is on the fly to help get the fly deep for the slower deeper pools. If it ticks the bottom in more shallow water just gently lift and try to keep it bouncing as much as possible. 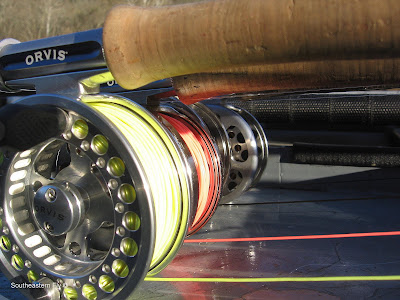 The Arsenal
The egg patterns weren't the only thing working. Nymphs were also on the menu. The nymphs came through in the lower sections of the float and certainly out-fished the streamers. We discussed streamers and determined it is just outside of streamer season fight now, but that could change tomorrow and the fish will be seeking protein for the long winter months. Until then tie up some midges nymphs and a dozen eggs. 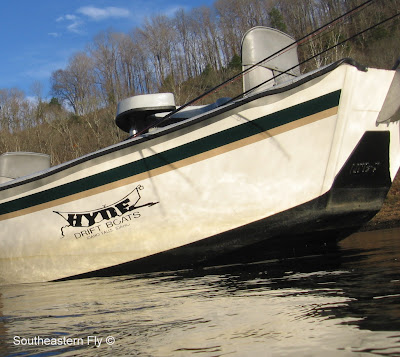