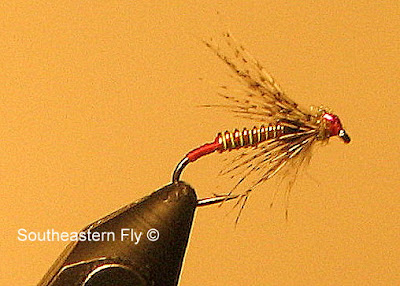 I just found a good soft hackle on Steven Dally's site and decided to try my hand at the pattern. It has been a long time since I tied a soft hackle, but it turned out pretty good...in the vise anyway. Mine is probably a little different than Steven's pattern. Below is a list of the stuff I used:

If you tie the pattern let me know how it fishes. By the time I remember I tied the thing, it will probably be hopper season again!