Fishing Streamers on the Caney Fork 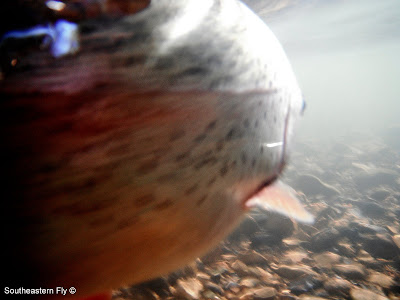 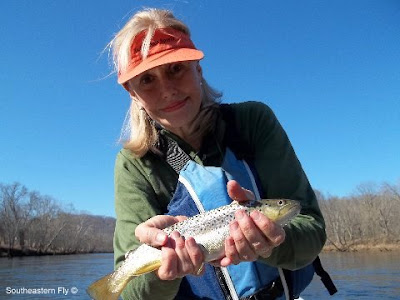 When Jane emailed and said it was time to book a streamer trip, I was up for it and knew she was as well. Jane has been fishing with us for several years and loves to get outside. The weather, over the previous weeks, had been less than perfect. But, today it was as good as any day we could remember in January. Sunny and not a cloud anywhere. No overcast with a slight breeze and warm enough for shorts during the warmest part of the day.
Another reason it was an exciting day is because Jane loves to streamer fish and has accuracy to hit spots as good as anyone who has stepped up to the casting brace. The day was shaping up to be a good as we pushed the boat off the trailer. A short time later we were dodging flying metal, from other boats and bank fishermen, in the discharge. 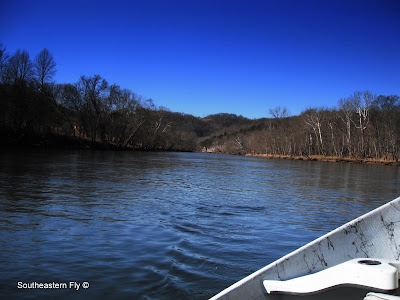 We fooled around with the skip jack for a while, but Jane's eyes were on the rocks and the fast water along the bank. This meant it was my job to hold the boat in the discharge while she banged the streamer off the bank, then retrieve the fly and five feet later we d it again. Add wakes from power boats, tying flies without losing good water and keeping an eye out for flying metal, we were both pretty busy. This went on for a time.
The browns came out to play again on this trip and attacked a Zoo Cougar with the intent to kill it. The fight was on with Jane winning the battle, while becoming comfortable with the new TFO-BVK from Cumberland Transit and Airflow sinking line. Throwing the full sinking line is something that takes a little getting used-to. But, once the angler figures out how to let the rod work with the line and not try to over-power the combo, life gets better. 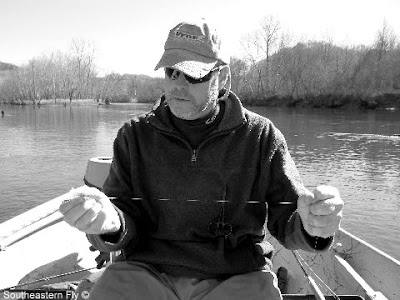 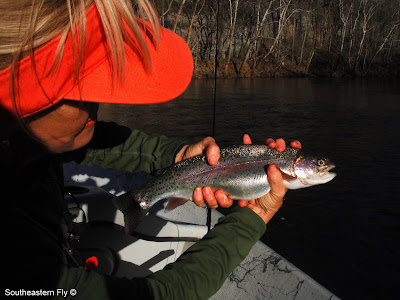 =A Fat Rainbow Trout
We fished the banks pretty hard behind some other boats. When the fish started hitting the top, we switched over to top water and fished some real big top water flies on a floating line. It did not take long for Jane to hook up with another brown. The thing that the seemed to be the ticket was letting the fly begin to sink and then put just a little tension in the floating line. 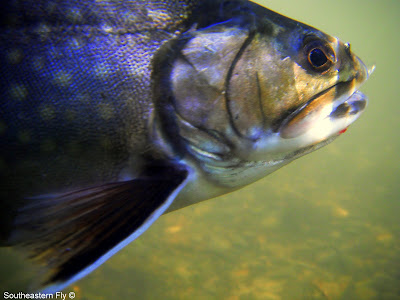 The brook trout are showing up on most trips lately. They are still gaining their river color and by Fall, if everything goes well, we should see some brook trout with some of their well known vibrant colors. The brookies can make a trip some days. The one in the picture above was just under 14" and just couldn't resist a shad pattern I had worked up the evening before the trip. 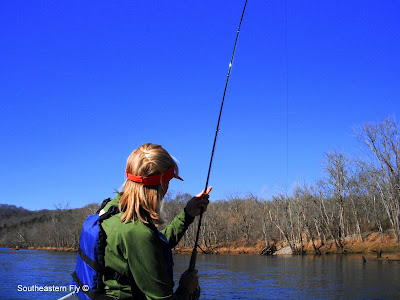 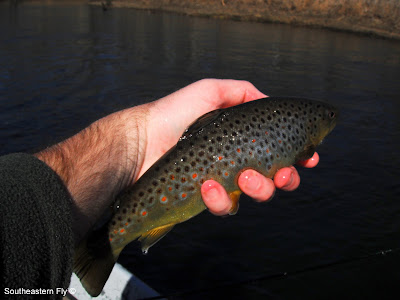 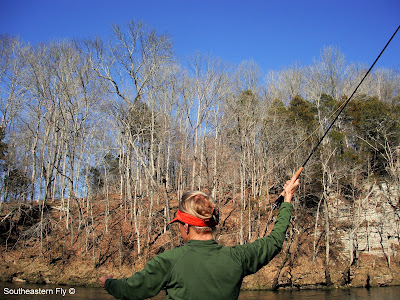 A Long Haul and Long Cast
We met some very nice folks on the river, including a couple land owners who were out enjoying the day too. The beavers have been working hard over the Winter and so have the other animals who call he riverbank home.
We are running a special of an all day trip at half day prices. The days are still short and we don't stop for lunch, we keep on throwing the big stuff so just bring a sandwich and go for it.
Jane and I had a nice day on the river and she got her Caney Fork Streamer Slam. When we made the bend at the Fridge the sun was behind the hills and the wind had picked up slightly. This was a gentle reminder that Spring is just around the corner, but not quite here....yet. The good news is, chilly weather means more streamers and chances at bigger trout. If you are reading this and want the opportunity to try your hand at streamer fishing, this is the time of year for that chance...make 2011 the Year of Gettin Out There 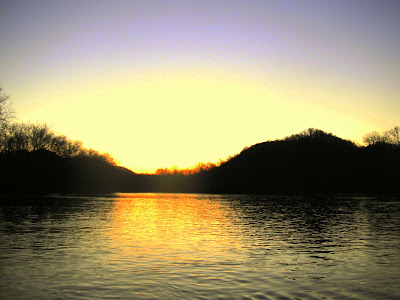