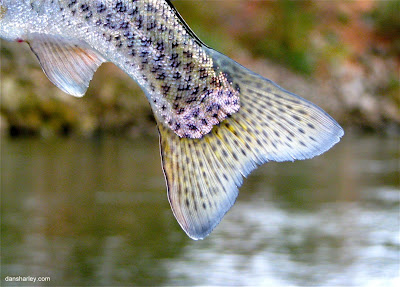 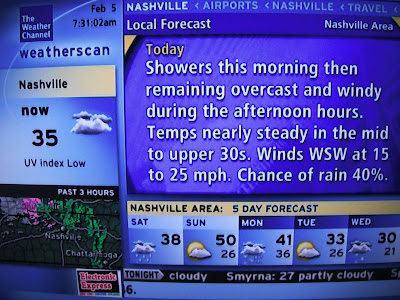 The Perfect Streamer Day?
The latest report from the river is- pretty darn good while under generation. With the water running, either one or two generators are fishing pretty good, from a boat. One generator is certainly better and the fish are definitely looking up for food. On Saturday Dan and I set out for our Winter hunt for fish. 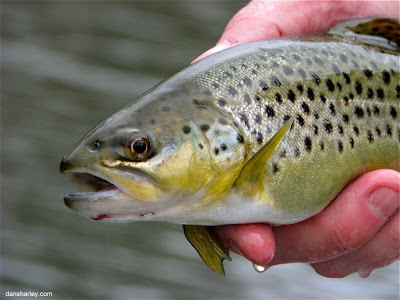 Part I of a Caney Fork Grand Slam 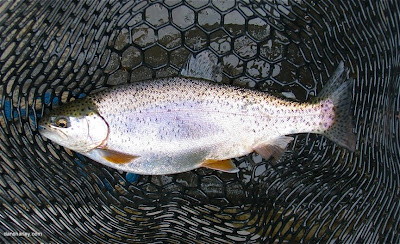 A True Fatty
The fish have been eating well over the past few weeks. Gorging is often the term heard on the river lately. The fish are on the move when the water is running and this seems to be the time they are eating. Once the water turns off the fish turn off, for the most part, as well. Being out there at the right time is critical. 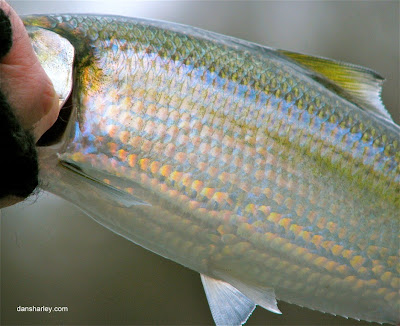 One Skippy of Many 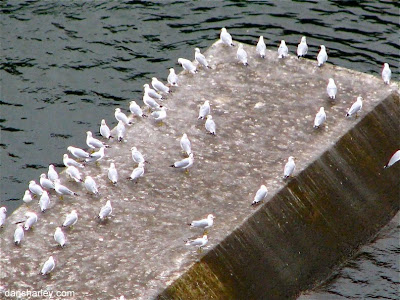 All the Wildlife is Waiting for a Meal 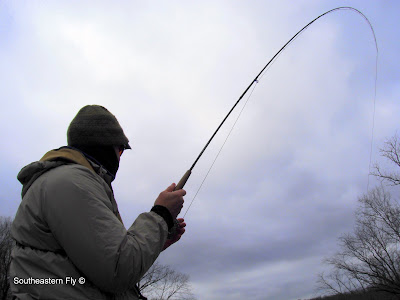 Dan Hooked-up Many Times on Saturday
We tried some different methods this week. Some worked better than others and some did not work at all. Slow-painful strips worked good and made a lot of fish come out of their hiding places. Some were hungry and some were just curious, all were exciting. One fish shot off a log after an articulated fly and instead of a hook up or just a drive-by, the fish nailed the streamer at a dead run. Flat out straight up the middle crashing through the streamer, only to bounce off and keep on moving downstream. With two hooks going in all different directions anyone would have thought it was a sure hook-up, but it was a clean strike and that one got away. Don't worry (if anyone really is worried) because just a few minutes later we boated the Caney Fork brook trout that completed our boat slam. 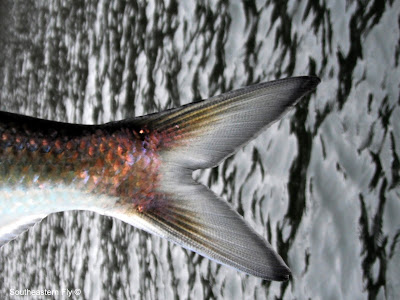 Skipjack Tails
We also got into the skipjack again. After missing them last week, they were back on the line this week. We tried a few different patterns and settled on "any color as long as it was white". These fish fight with their heads more than anything and use their tails to propel them out of the water to help get free. They are strong fighters for their size, but they also know when to give up. They also are good about shaking free at the boat and that helps to keep your hands dry and thus...warm. 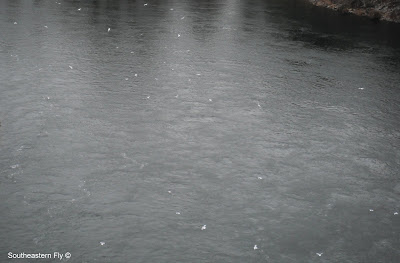 A View From Inside the Net 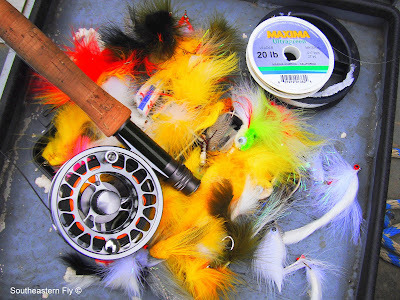 Not Easy Decision...or Was It?
The water was pushing at the first of the week with more hours of two generators than one generator. Already this week there are some windows of no generation and it appears, from the rainfall amounts, we could see even larger windows. If the US Army Corps is running one or more I would suggest not wading and getting out the boat. If you find a window and want to wade, be aware that the water doesn't drop all the way out and this limits some opportunities.
Don't forget the full day streamer float at the half day price that we have going on now through the end of February. Just give us a call at 615.796.5143 to book a day and as always...make 2011 the Year of Gettin Out There. 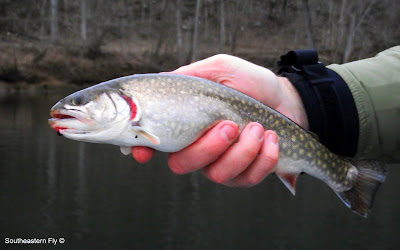