The road between Shelbyville and the Boro is a scenic drive. There are walking horse farms on both sides of the road, which are something worth seeing anytime of the day. The morning may be the best time to make the drive. The folks who work at the barns were just getting to work as the sun was coming up. There was a fog on the fields that the sun had not burned off. This was a good morning to be out. I was making the drive to Lynchburg to meet Howard.  ﻿
﻿ 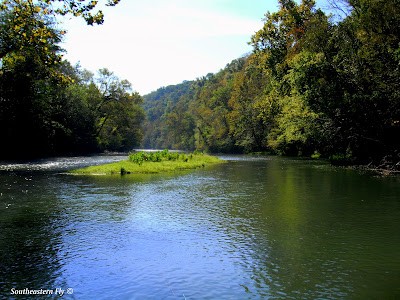 Howard and I have been planning his return trip for a couple weeks. The Elk has been fishing pretty good, with mostly nymphs, we wanted to catch fish on top. Terrestrials were supposed punch our fun ticket but the river had other plans. We launched the boat and dug out the nymph rod to bring some fish to the boat. The hatchery brats were out and about in the upper section of the river. After boating a few fish we turned to terrestrials. They didn't produce so we were back on  nymphs.
The Elk was still running a cool 58 degrees and the water was the usual off green color, which has pretty much become normal since the the change in water release a few years ago. The fish seem to be happy and healthy for the most part. Visibility is about two feet, so putting the bug in front of the fish is critical or just use small streamers and soft hackles if nymphs are not the fishes preferred method.
Howard and I didn't leave much in the box as we moved down the river. We tried several different terrestrials but the fish didn't seem to look up as the bugs passed over their head. So we would switch back to nymphs and pick up fish. The numbers were pretty much there, but we both realized "those pesky fish weren't eating the way we wanted" although we all know they should have eaten the way we wanted. We quickly agreed they should be eat our way and then as any angler would do we went back to nymphs because that was working. 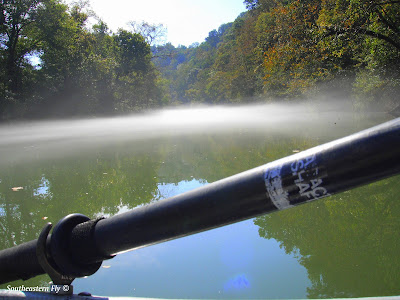 We stopped for lunch and had good discussion. We talked about things that were interesting and insightful. Lunch is a good time to learn about things other than angling. As all good conversations should it ended at the right time. Soon Howard was laying out good casts with the proper mends, and we were watching the bobber indicator. The indicator dove several times throughout the afternoon and many more times than not I was netting a fish. The afternoon saw several good fish and a couple browns.

The day was winding down and the evening hatch began. First it was a #20 gray midge here and then there. Then the hatch became more steady. Fish finally started midging and this brought out the light dry fly rod with a small dropper. Th fish were still picky even with the dropper rig. Top water was not the way to go but a soft hackle did gain some attention.  The sun went behind the hill as we entered the home stretch and a few larger sulphurs began popping. They weren't large in numbers but the size was worth a second look as they flew among the midges. The hatches weren't like those of western rivers, they were what is normally found down low on the river though and nice to see. If nothing else the bugs added to the good conversation that comes with gettin out there on a long float like the Elk. 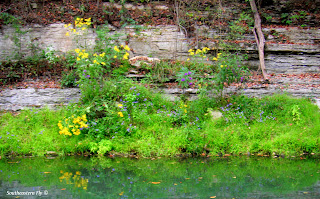