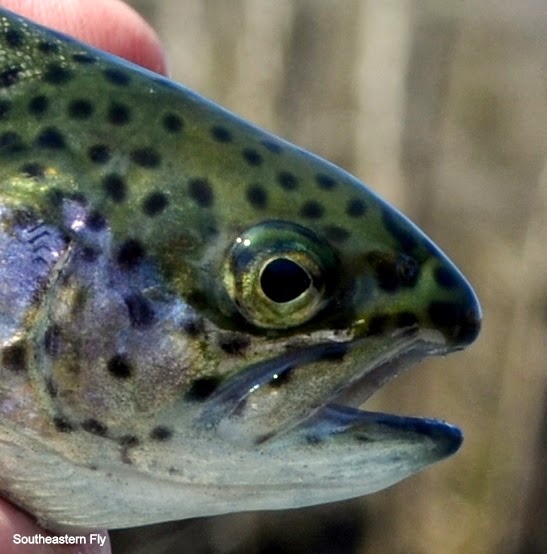 This has been a wild week here in Middle Tennessee. One day we are in short sleeves and contemplating a warm Spring. The next day we are knocking down a guy in the grocery store to get the last gallon of milk or the last loaf of bread because there is chance of snow. But, always, the main thing in our mind is... are the fish biting? 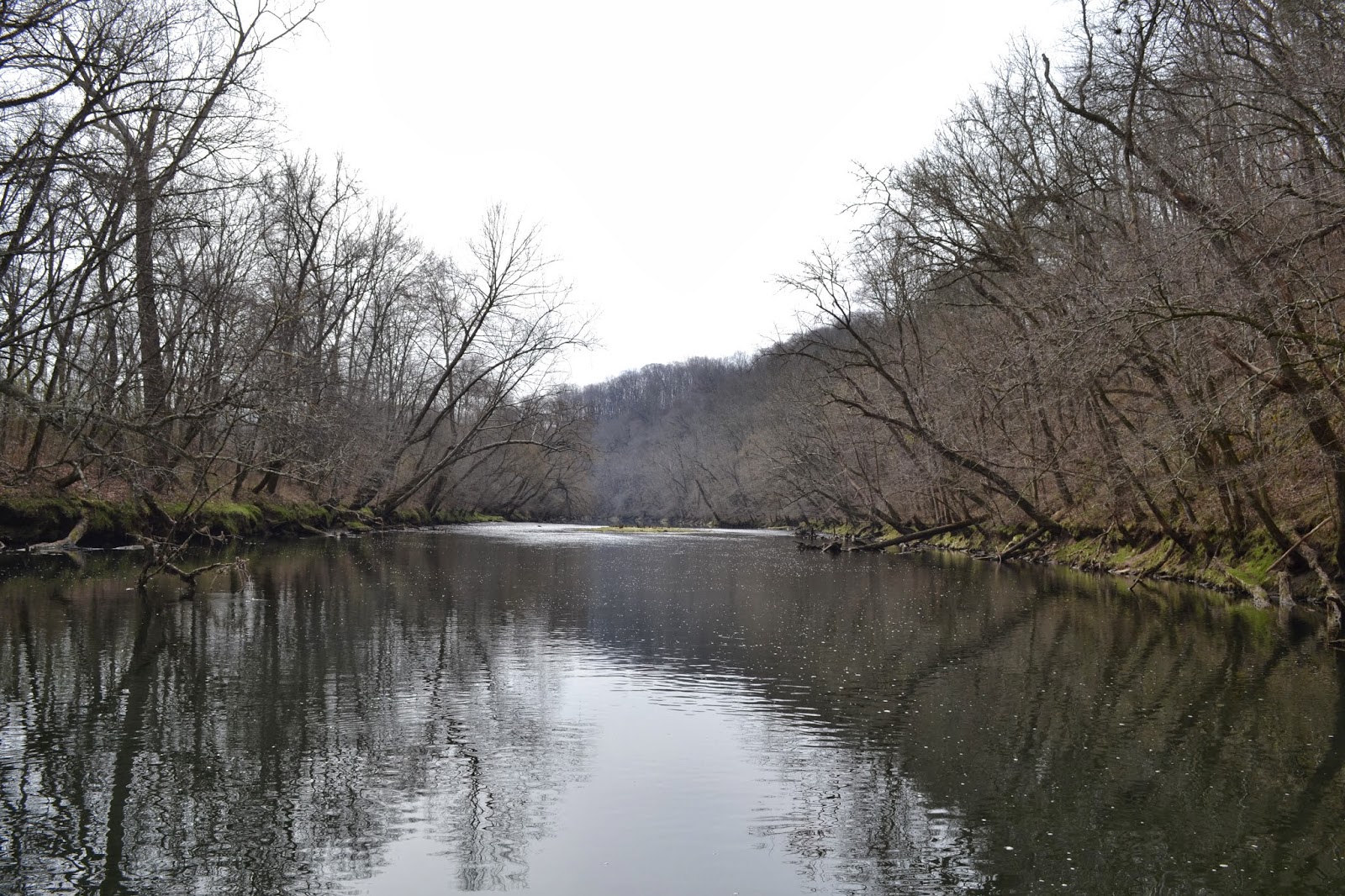 Both rivers are fishing well and I will get to that in a bit. If you follow Southeastern Fly on Facebook you know I finally got to actually fish after several weeks of watching from the rower's seat as others fished. I am not complaining, nope because I enjoy that seat very much. But, with that much time between casting (and catching) even my wife agreed it was time for me to fish! 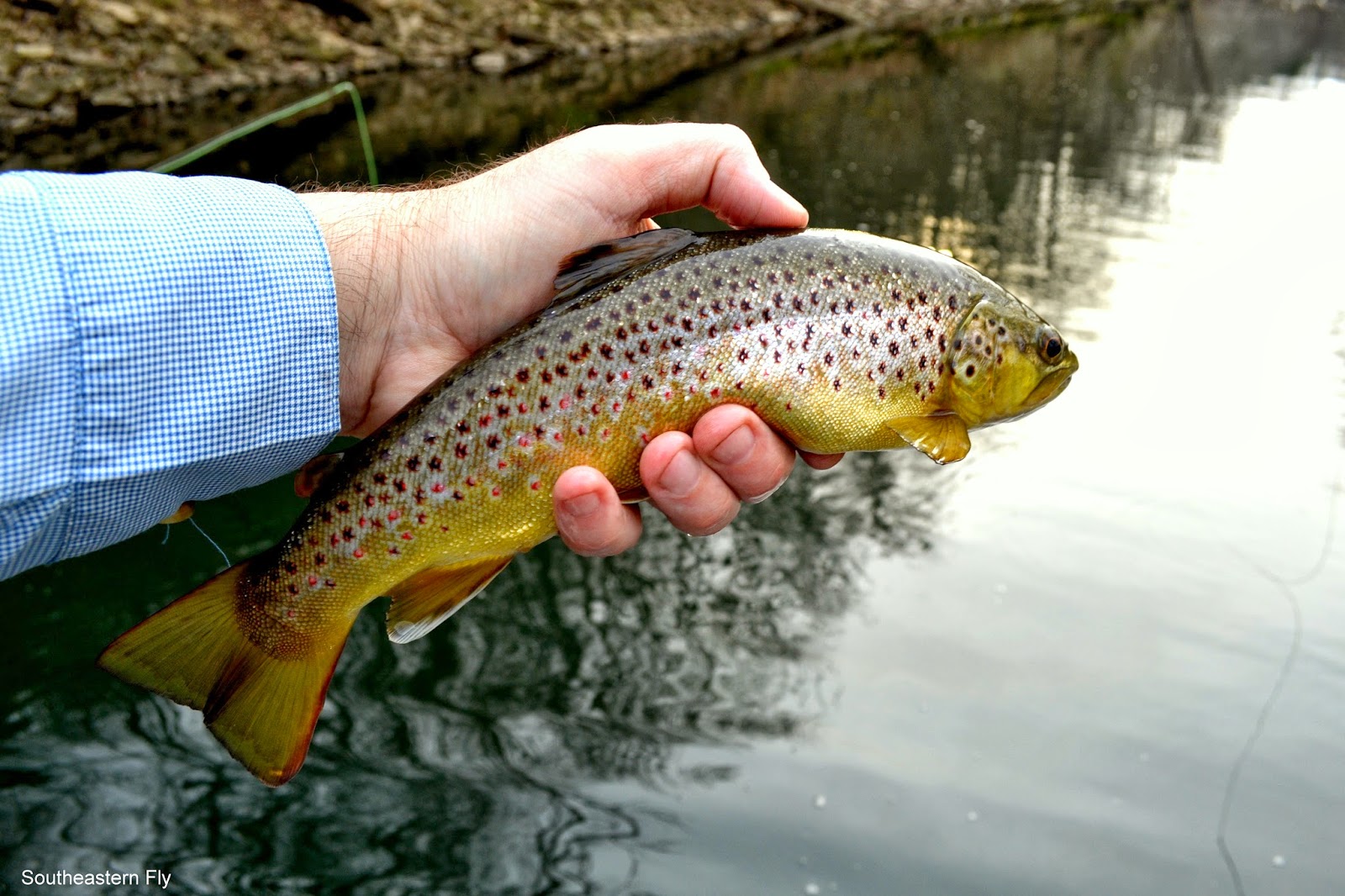 The Elk River: The Elk is fishing good and with a recent stocking the access points are fishing well. Nymphs, just take your favorite, are working as well as brown beetles. More on that in a future report, but well there's a reason. Anyway, as I was saying nymphs are working well and knowing the depth of the section of river you happen to be drifting a nymph is critical... 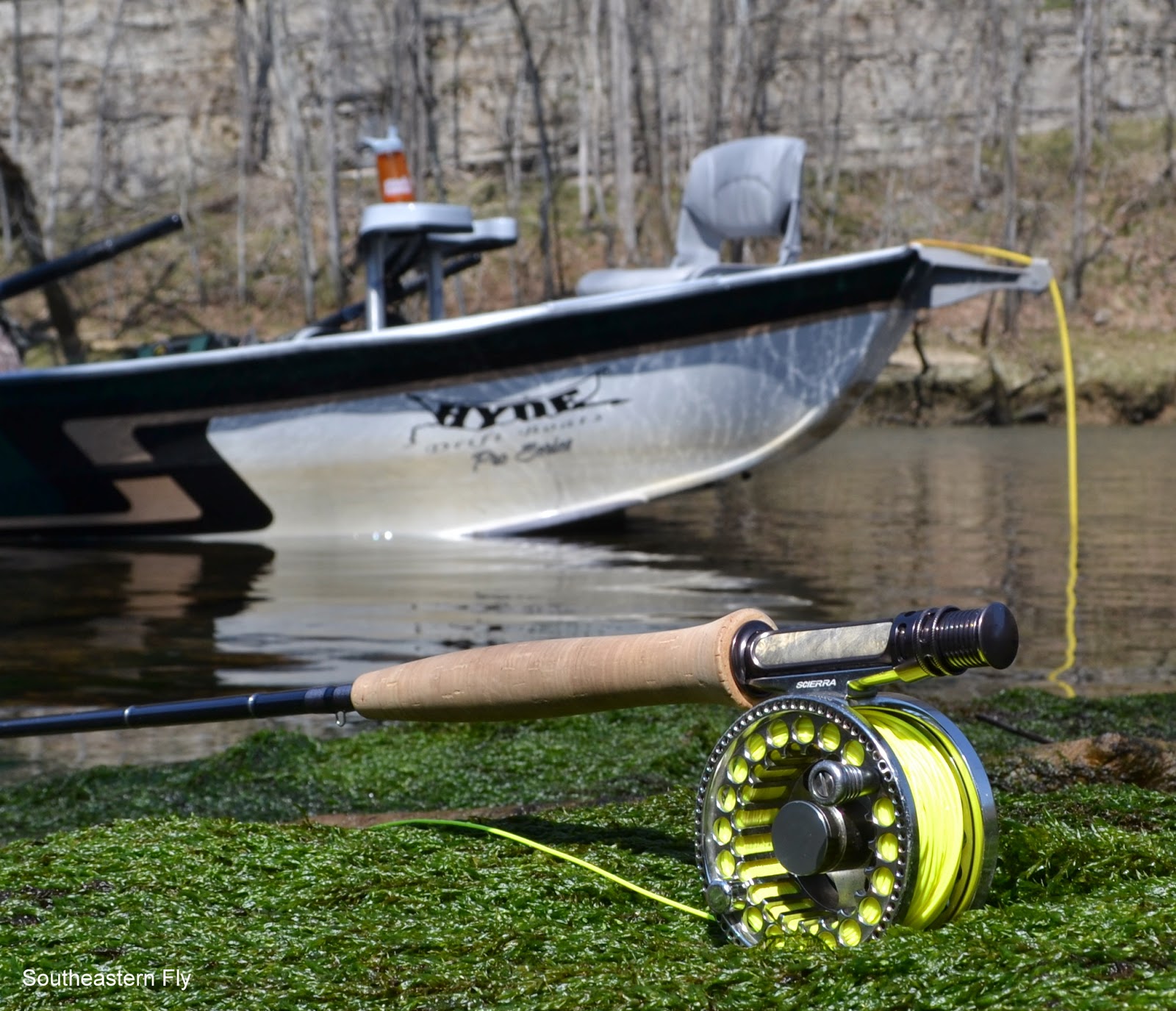 So David, Donnie and myself got out and took streamer rods as well as nymph rods. We worked on rising fish with dries, but the fish were eating emergers. We couldn't hang around long and Donnie was pulling in fish after fish on nymphs, so we left and dumped Donnie in the river.Anyway we started downstream and caught fish in all the right places. 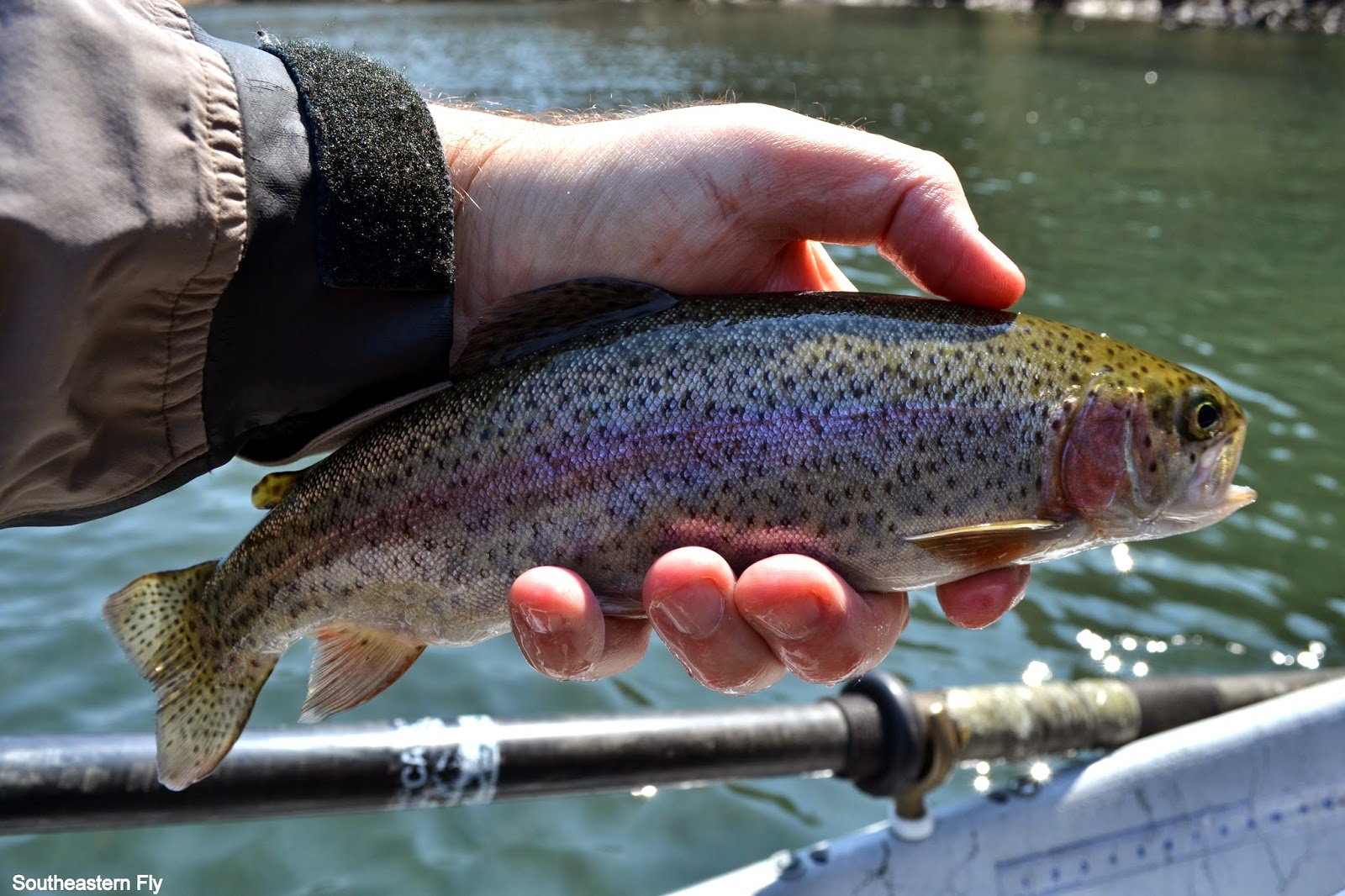 The Caney Fork River: There are some long windows of opportunity for wading anglers right now. Several friends were wading around in the river as we have been floating by and they also report fish are active. After the big shad kills over the past Winter the fish are in very good shape and are putting a bend in the rod when you can get hooked-up. 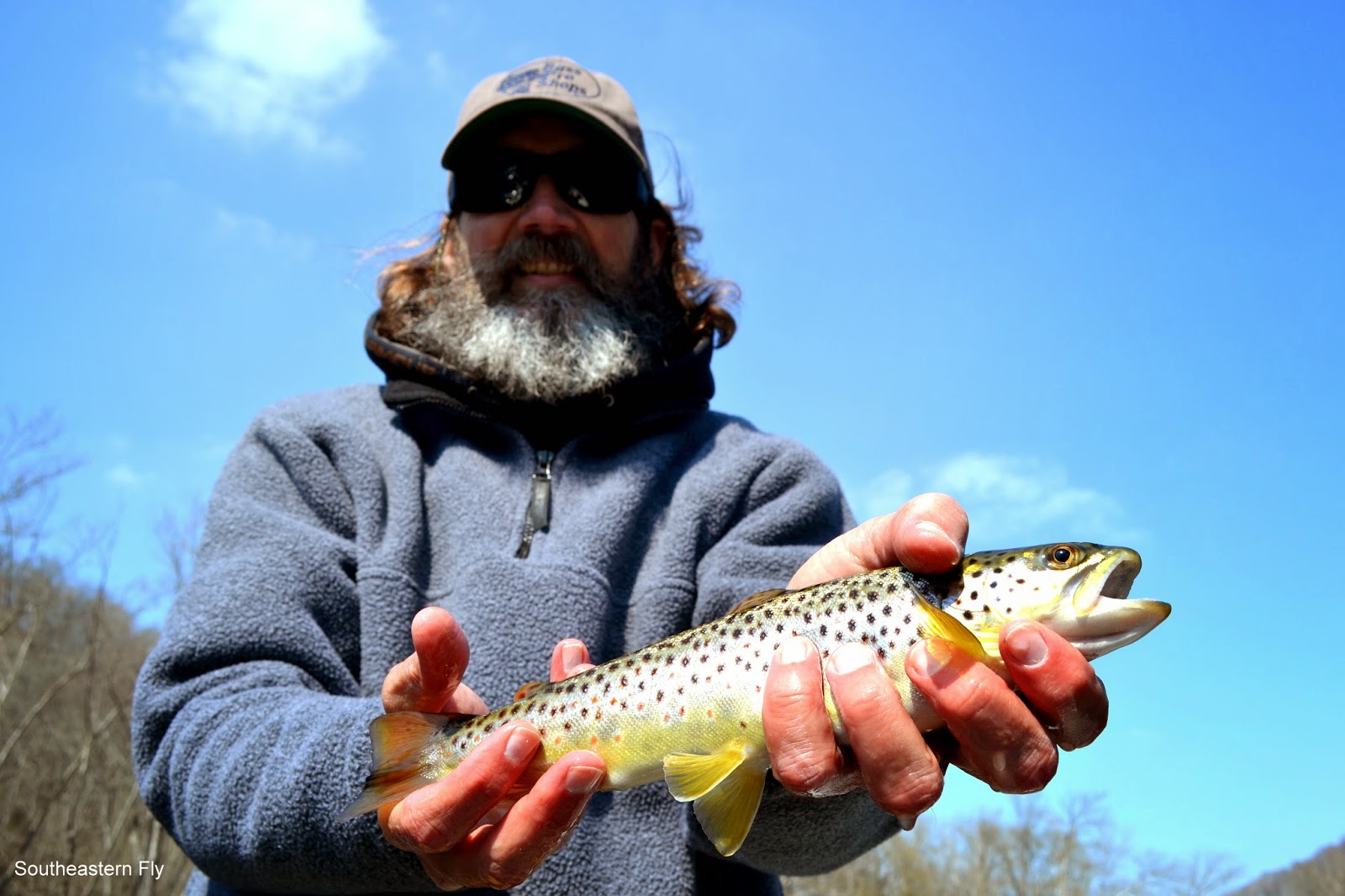 We didn't really push Donnie in the river but I swear David had that look in his eye more than once. So we switched seats and Donnie rowed while David and I caught our share of fish. While David and I have lines in the water the fishing was good. Donnie steps into the casting brace and their eatin like they're out on bail. I don't know what the deal is... and yes, we put Donnie back in the rower's seat! 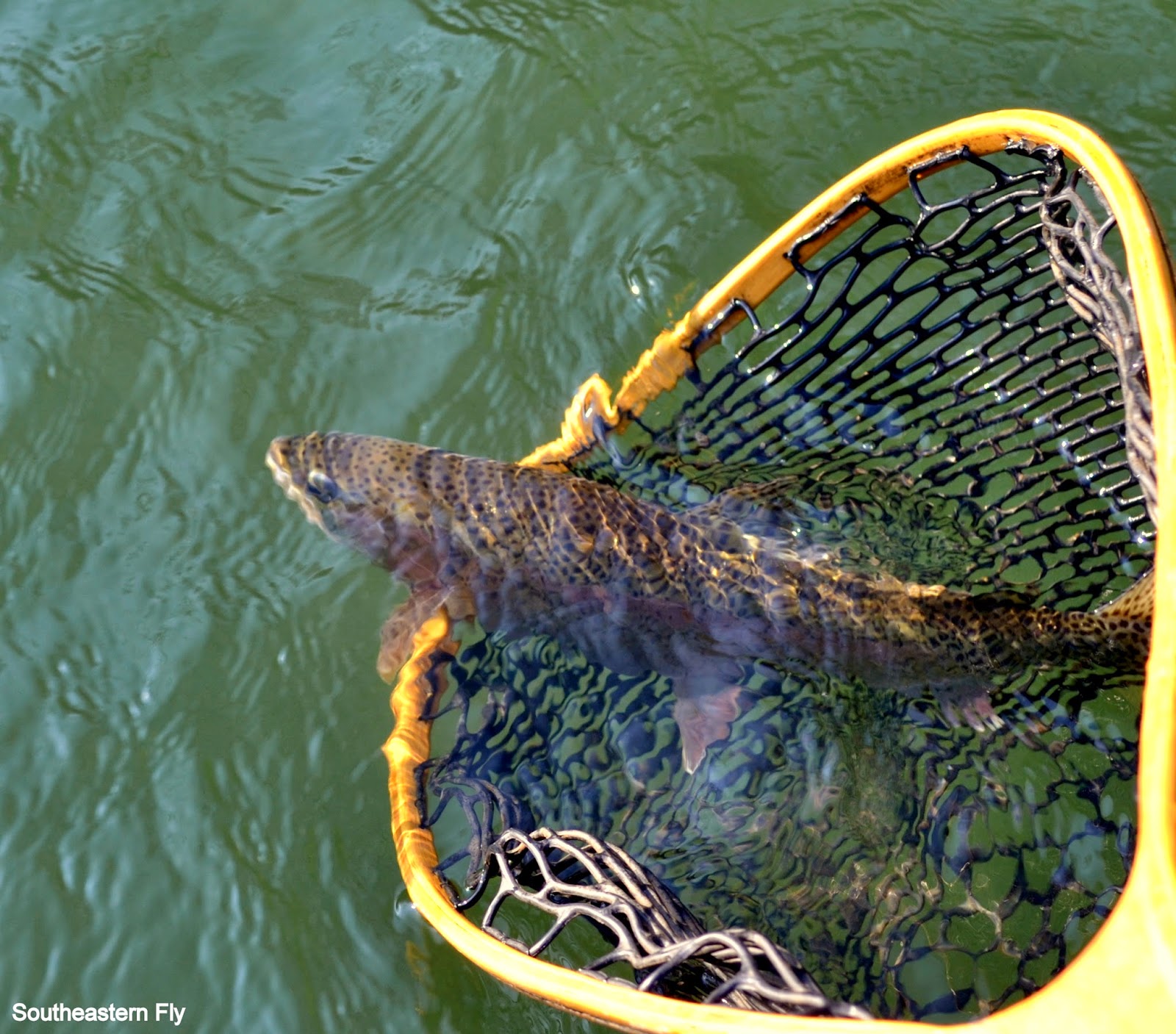 The float wound down as the Army Corps. turned loose another round of generation. We fished rising water for a while with nymphs and streamers as we drifted to the takeout. We made it to the ramp as the water just covered the gravel bar and was touching the bottom of the ramp. With that we capped off another good Guide's Day Off. 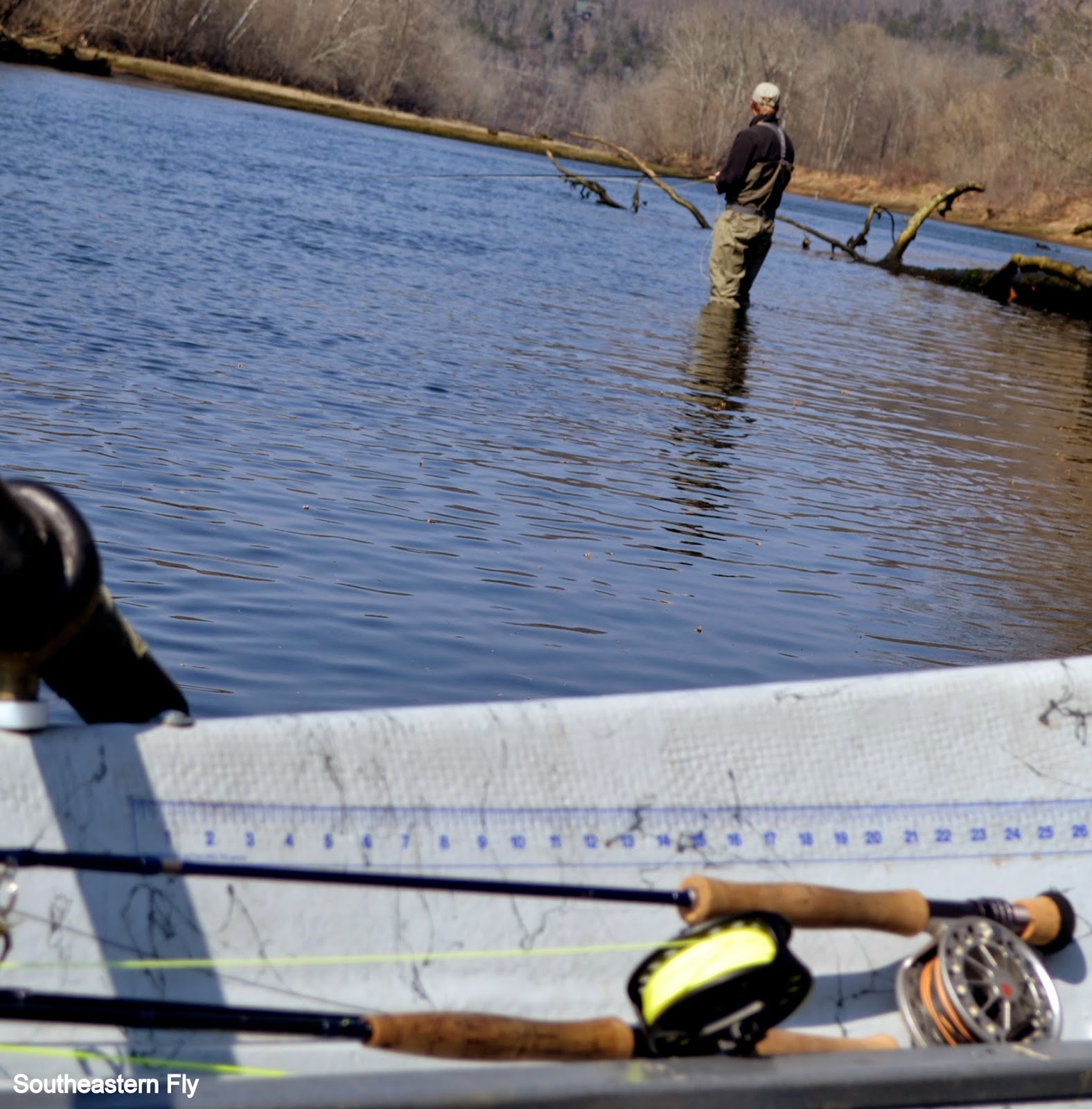 Who knows how the fishing will be tomorrow, but the fish are dining heavily at both rivers and open dates are filling fast. If you are contemplating booking a trip and waiting for a good springtime float just email or call/text 615-796-5143. 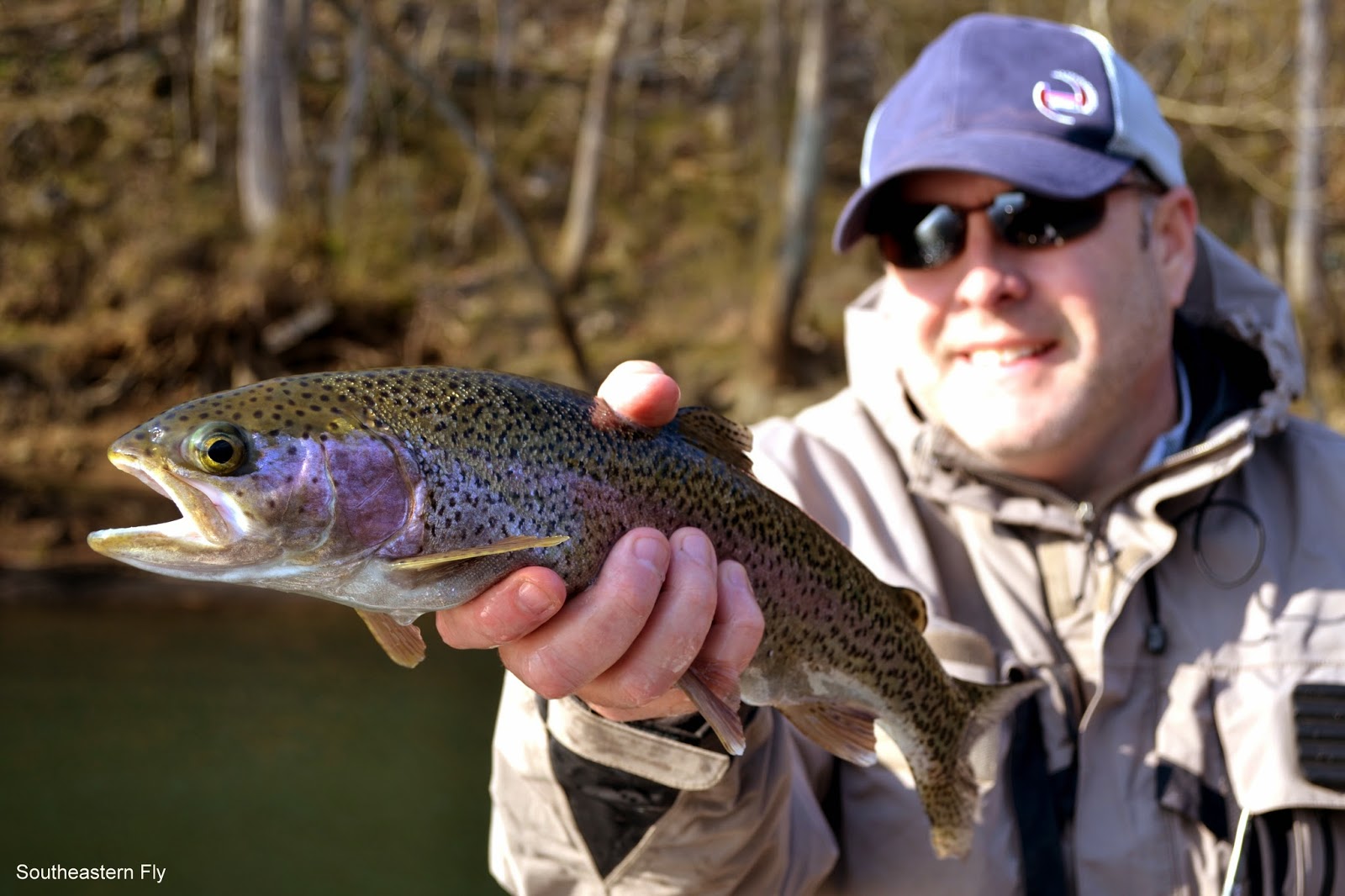