Howard and Tig Enjoy a March Day on the River 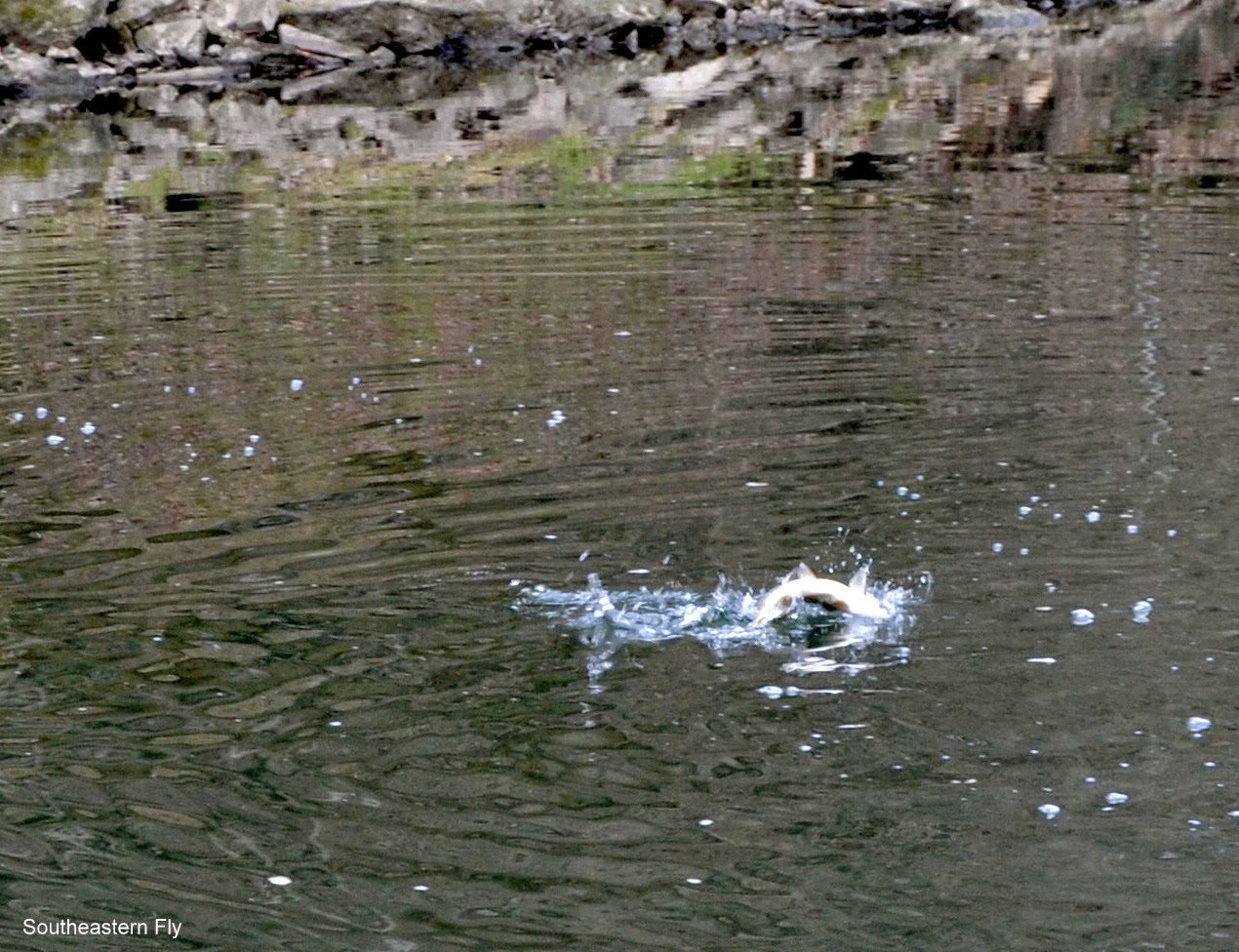 This day on the river has been planned for a while and it just so happens the weather and fish cooperated with the plan. We knew the temperatures would be cool and there would be a chance for rain but neither would be a problem. Howard's granddaughter Tig would join him in the drifter for a day on the water. This would not be Tig's first time on the boat and she is certainly no stranger to a fly rod. 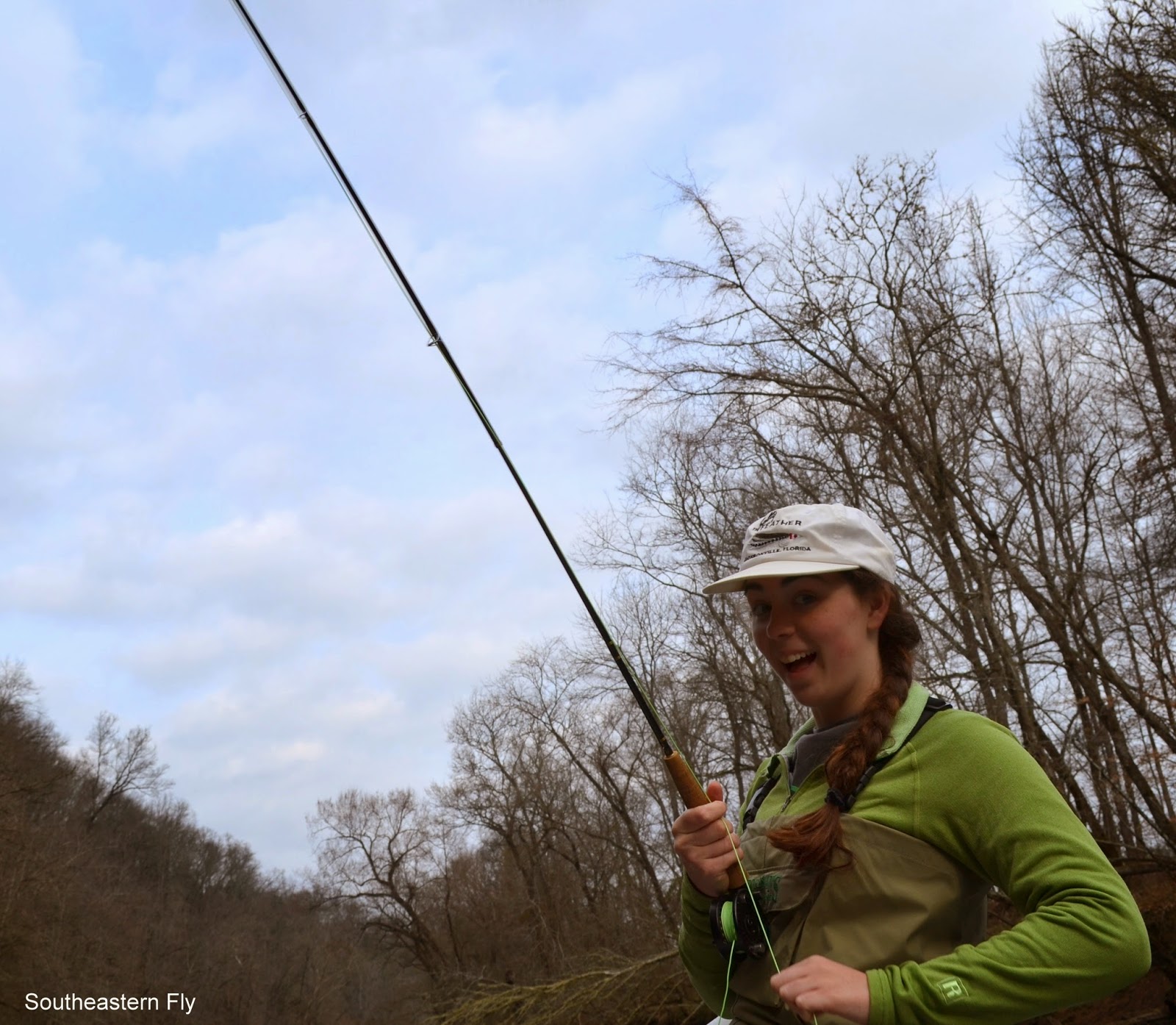 We knotted up a nymph and sent Tig up the gravel bar at the ramp. While I rigged up the other rods she floated a nymph and put the first trout in the net. No one else at the ramp was hooking up, she made short work of that trout. So nymphs would be the fly of choice and we would try several different patterns. Most of the different patterns we used produced fish, some would produce better than others and again our usual offering would produce better than others. 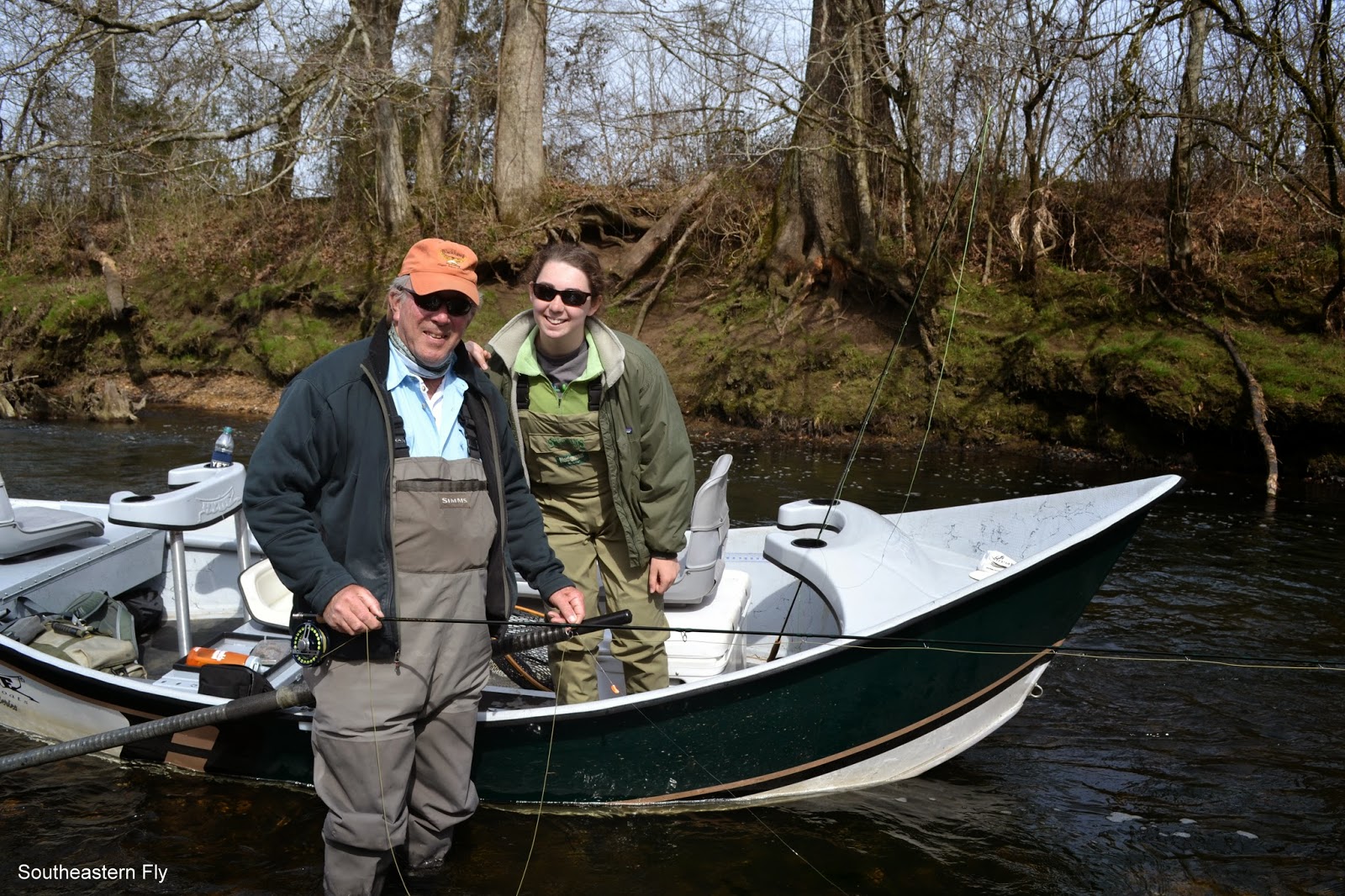 The different patterns would produce but only when the drift was almost perfect. A little too much drag from the end of the fly line sinking, a mend that wasn't in the right direction or to a line that was laying in different currents and the fish would let it pass. Howard is familiar with this type of angling and put fish in the boat with regularity. 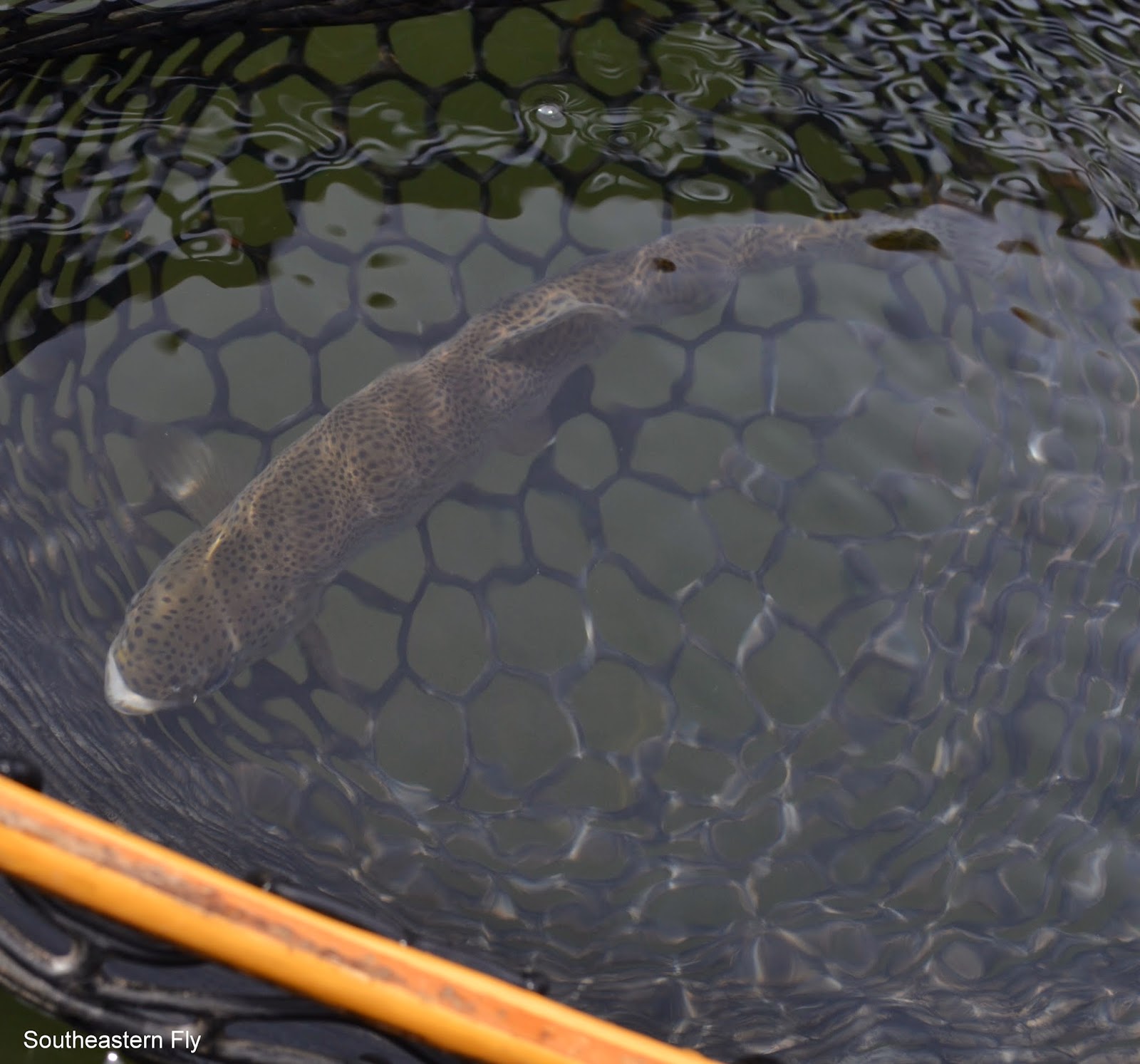 We were looking for fish by picking a spot and in some parts of the river the fish were eating like high school football team gobbling down a few dozen chicken wings. If a fish would rise and we could get a fly just upstream of the rise-ring, we would get a hit.  Other times putting the right fly with the right drift in the right place and we would bring a fish to the net even in the least likely of places. Sure there were some slow times and we have never put too many fish in the net, but overall the numbers were good, the fish were healthy and we added some quality late in the day. 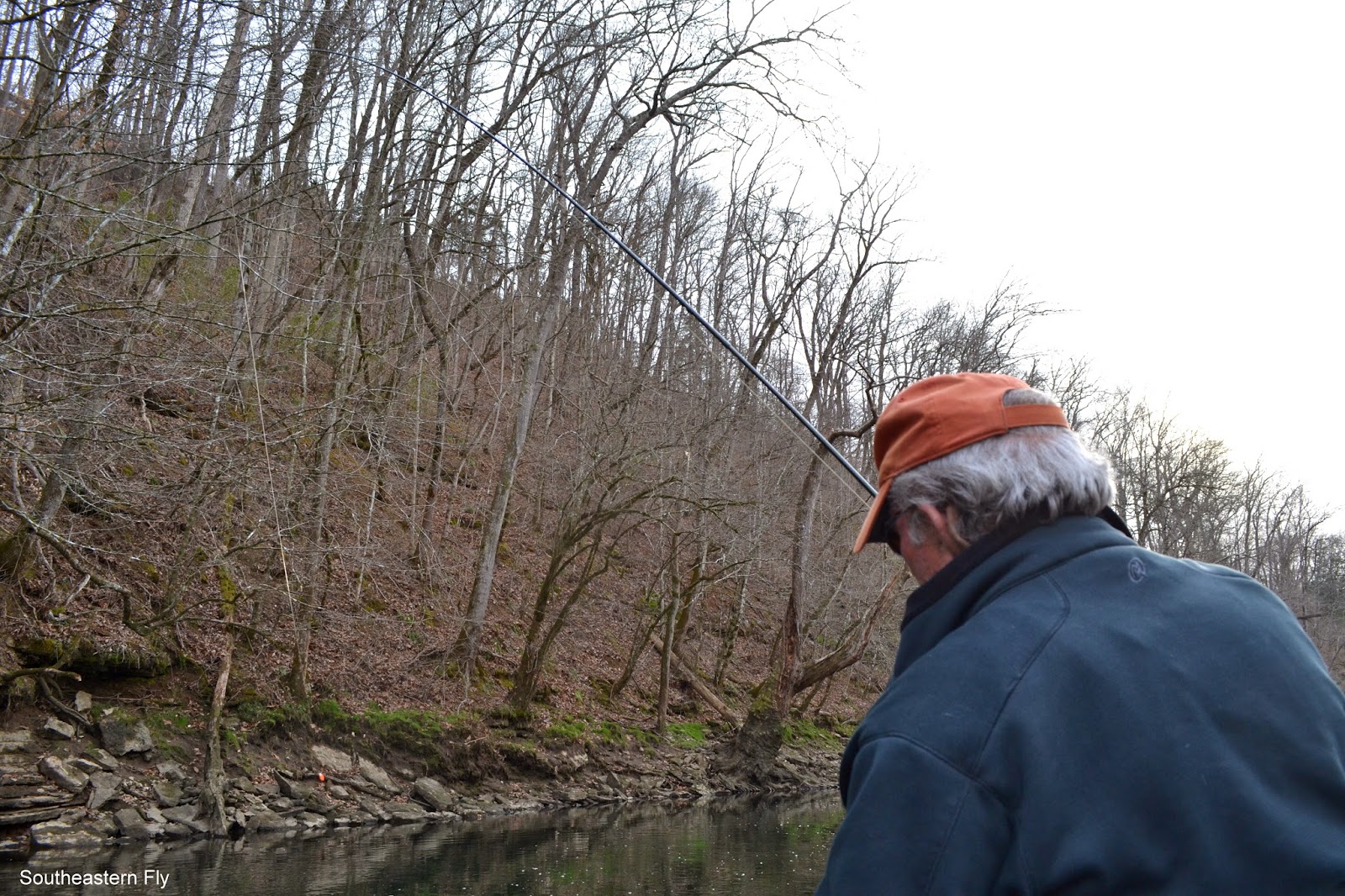 While Howard enjoyed catching his fish from the back seat of the drifter, Tig put fish in the net from the front casting brace.  This combination worked out well for us through lunch until late in day as the sun was falling behind the hills. We switched their seats and both picked up fish from their new positions almost right away. We were hitting the high-producing spots as we began our race with darkness. 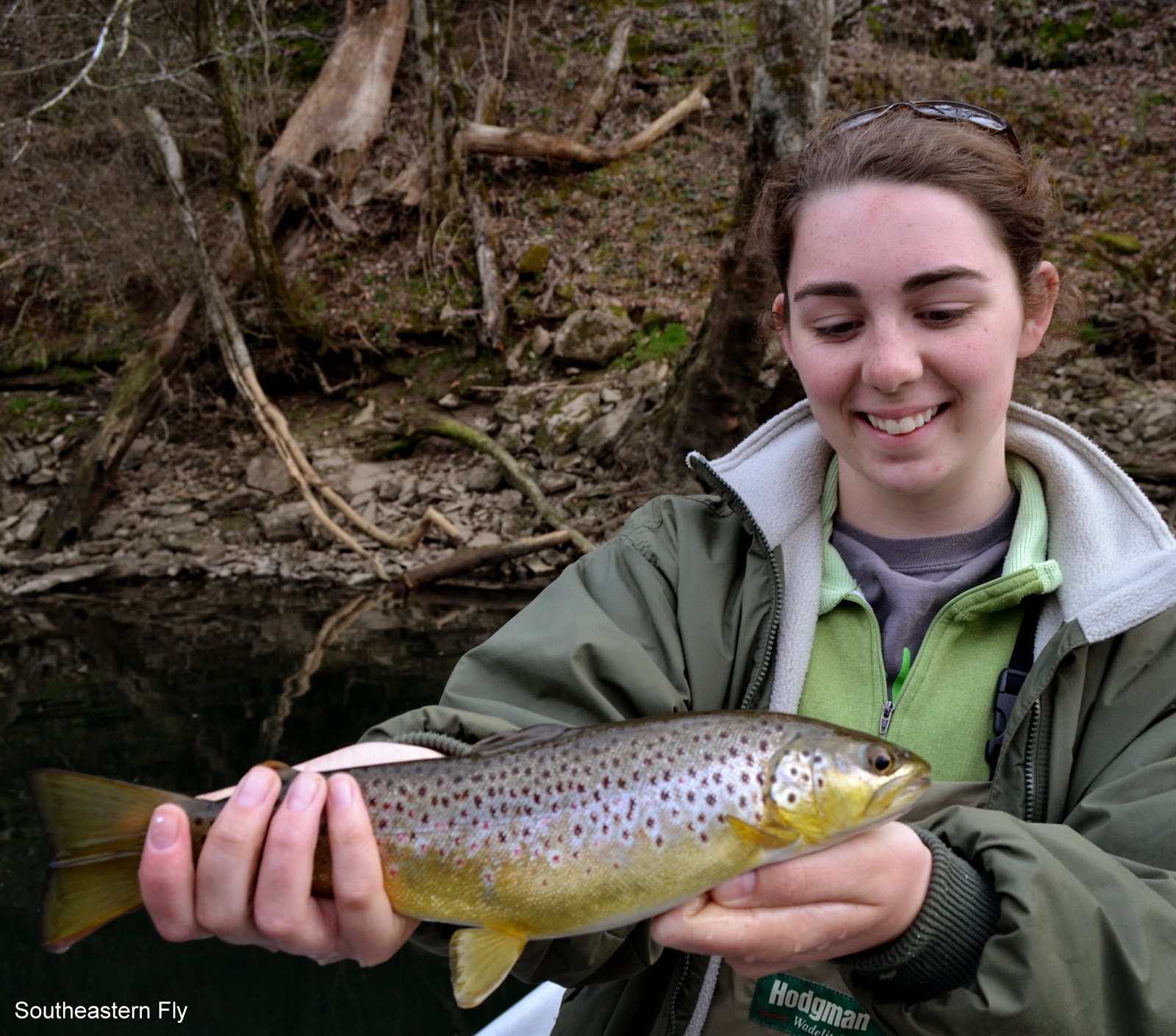 We were still switching nymphs while we used the usual nymph as a control we were also putting a couple other patterns to the test. I was slipping the drifter around a downed log when Tig hooked set the hook on a nice brown. The fight was quick and decisive and she played the brown away from the boat just long enough to get the fish's head above the water, then slid the fish into the waiting net. As was the case with most of the fish on the day this brown was healthy. The tail is in an almost perfect shape. We took the photo, put the fish back in the water where it swam to the bottom and disappeared.  We boated another fish or two after that and made it to the take-out before the sun was fully behind the hills. We loaded the rods in the truck and boat on the trailer. 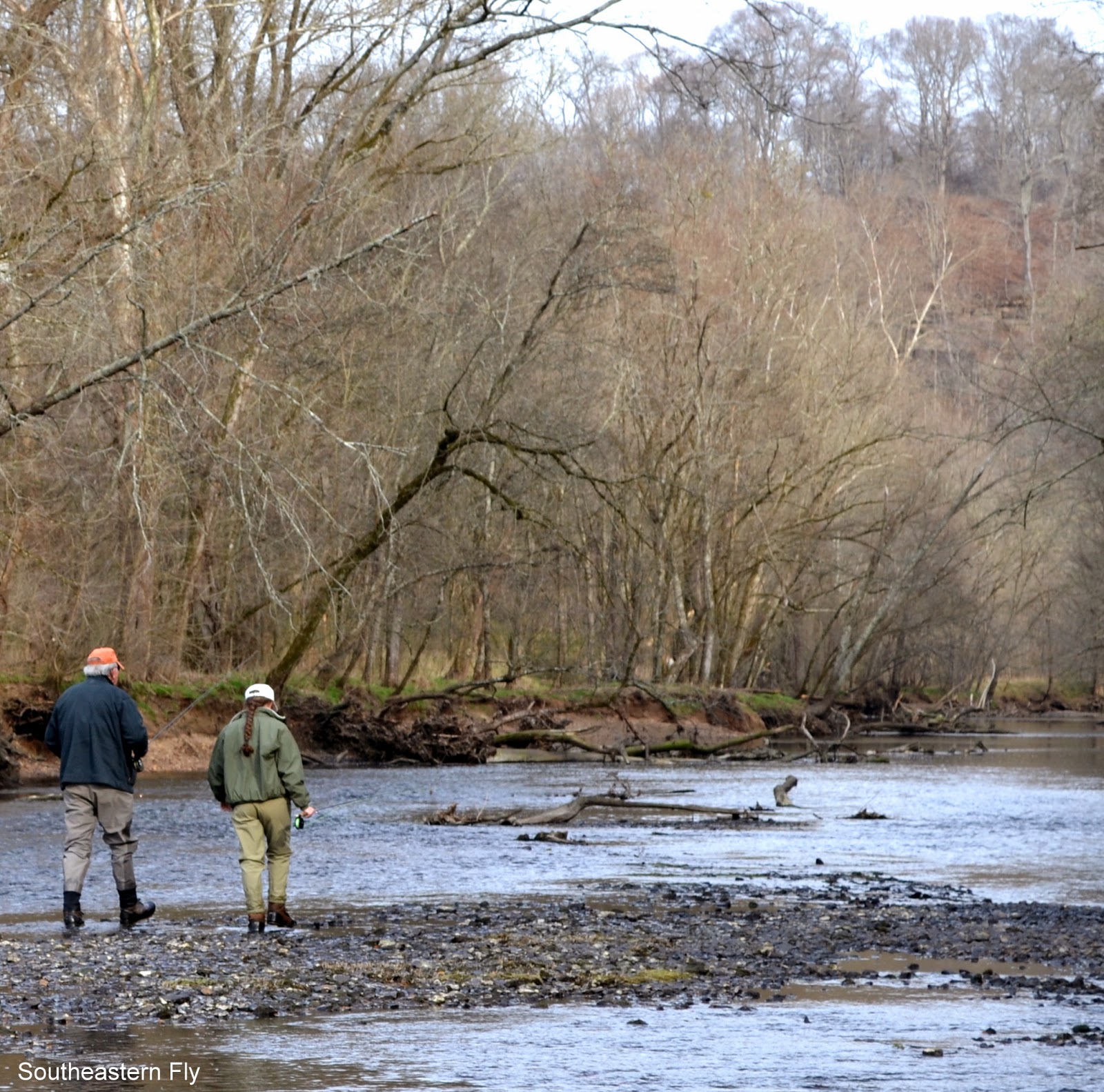 So far this year the rivers have been good to us. The fish have been eating and responding well to the flies we have been choosing. Although the fish are what bring us to the river it isn't always about the fishing.