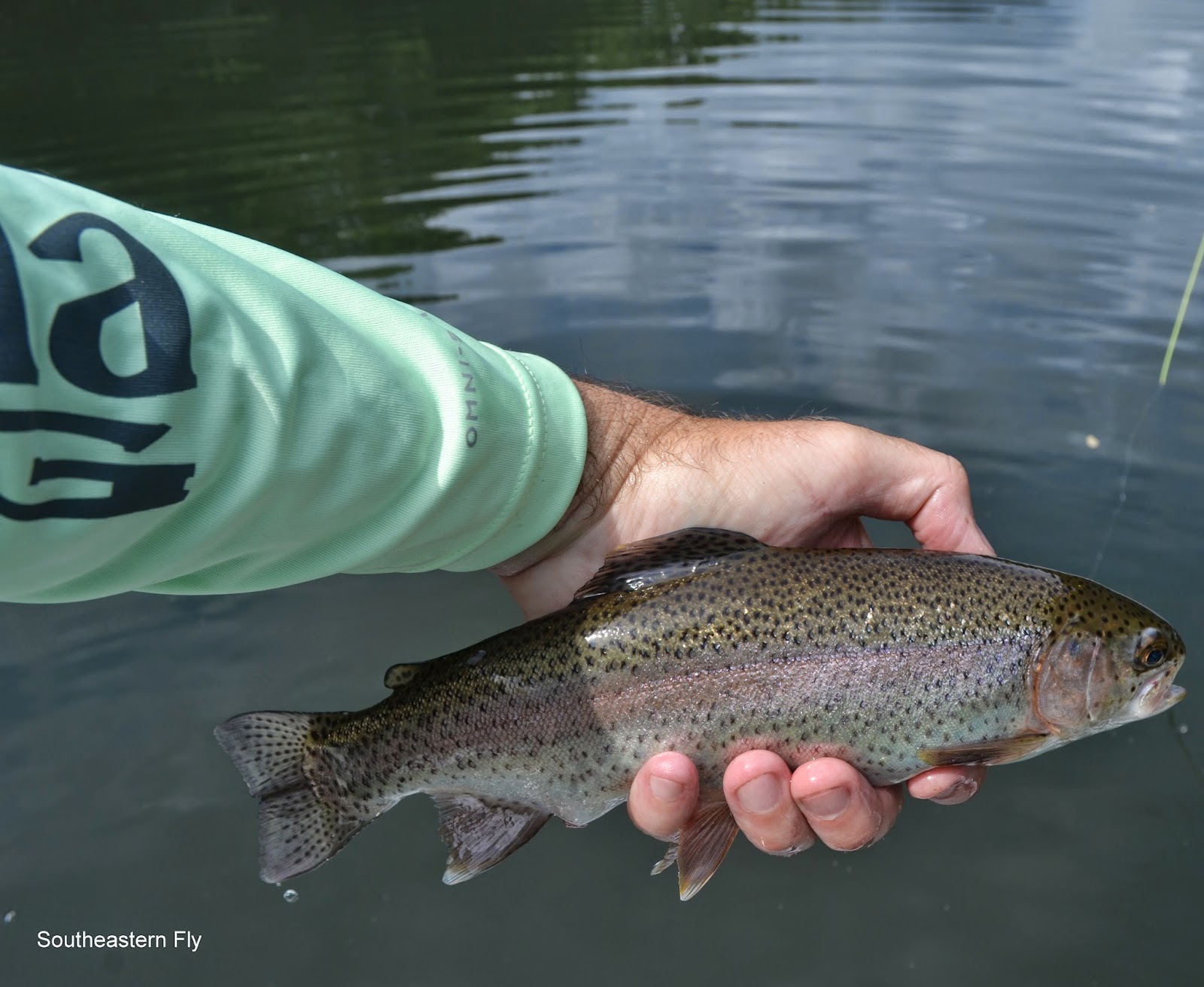 Several years ago I was lucky enough to be a small part of a Project Healing Waters event. The event skipped a year or two and then Bill C. called to invite me to guide for the Project Healing Waters weekend again. That year I had to tell him I was already booked for the weekend, therefore I couldn't make the event. The following year Bill called again and I had to tell him I already had a family vacation planned and a rental house booked, so again I couldn't make it. This year he called early, but we already had a beach trip planned for the same weekend, however this time there was an opportunity to get back to Tennessee in time to guide a couple veterans on Sunday for this years event.

So on Saturday we loaded the truck, left the beach and headed North back to Murfreesboro. There was enough time to unload the beach stuff, trade the 10 wts. for a couple 5 and 6 wts. grab a few hours sleep, then load the boat and head for the Caney Fork. On Sunday morning I rolled in just in time for breakfast...and who is surprised at that? The first person I met was Bill who would be one of my anglers for the day and a short time later I met Jim who would occupy the front seat in the drifter. Jim had to be back early to make his way back to Alabama, but Bill was ready to be on the water all day. We enlisted Scott's help to move the truck and trailer from one ramp to the other and then we launched the drifter before most of the the other boats made it to the river. 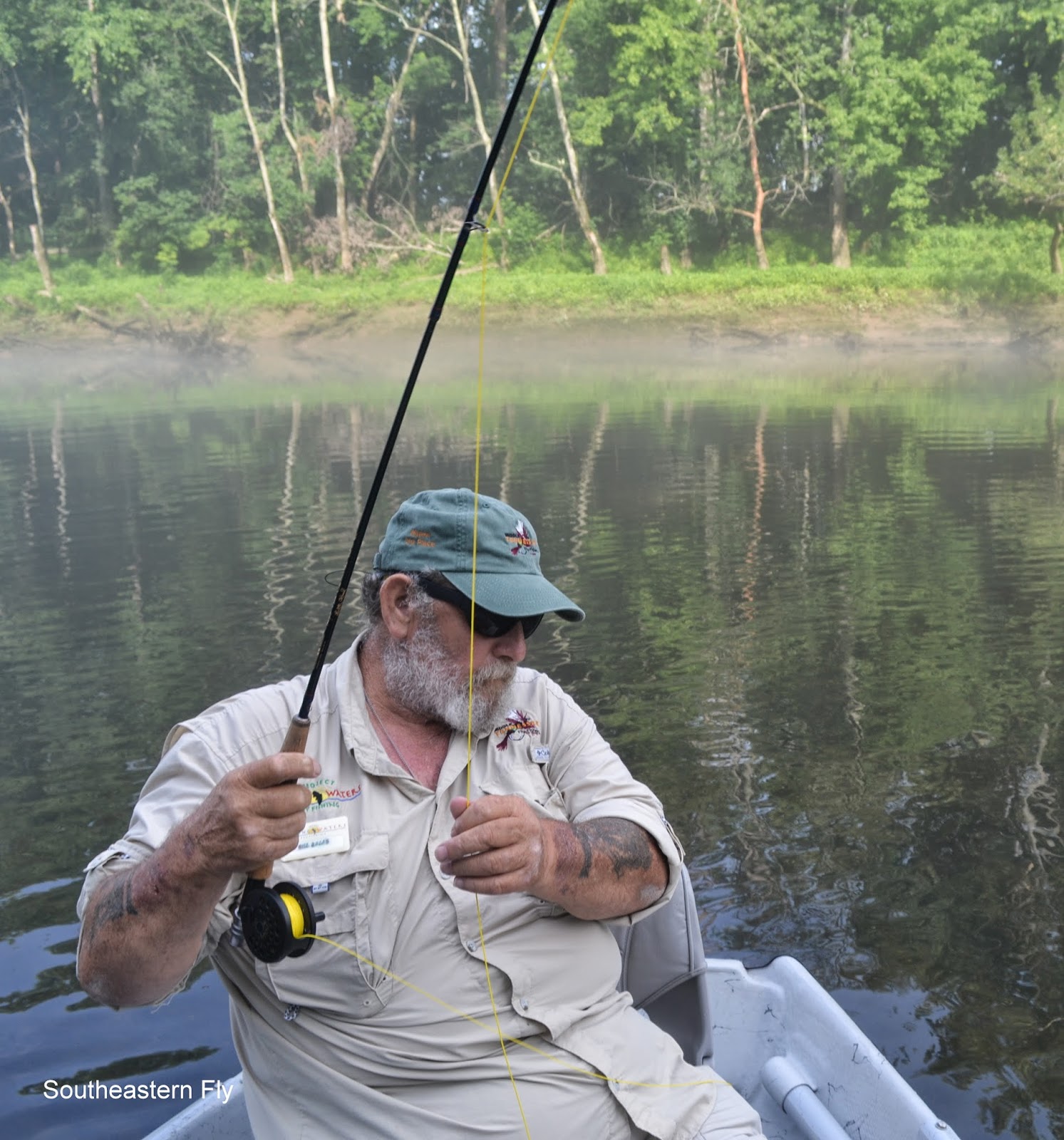 I know a little bit about PHW and heard stories of how fly fishing and PHW literally saved the lives of some of our veterans. Being a part of the event is an honor for sure and as with most events like this one I got a lot more out of it than I could have asked for.

We were on a limited time frame, so we dialed up the nymph patterns and Bill was the first one to set the hook on a nice little rainbow.  Bill had a nice cast and caught on to our style of fishing real quick. Mending came pretty easy to Bill and the only thing we had to work on was a solid hook set. He would catch on to that and eventually boated some nice bows on his way to the morning slam. 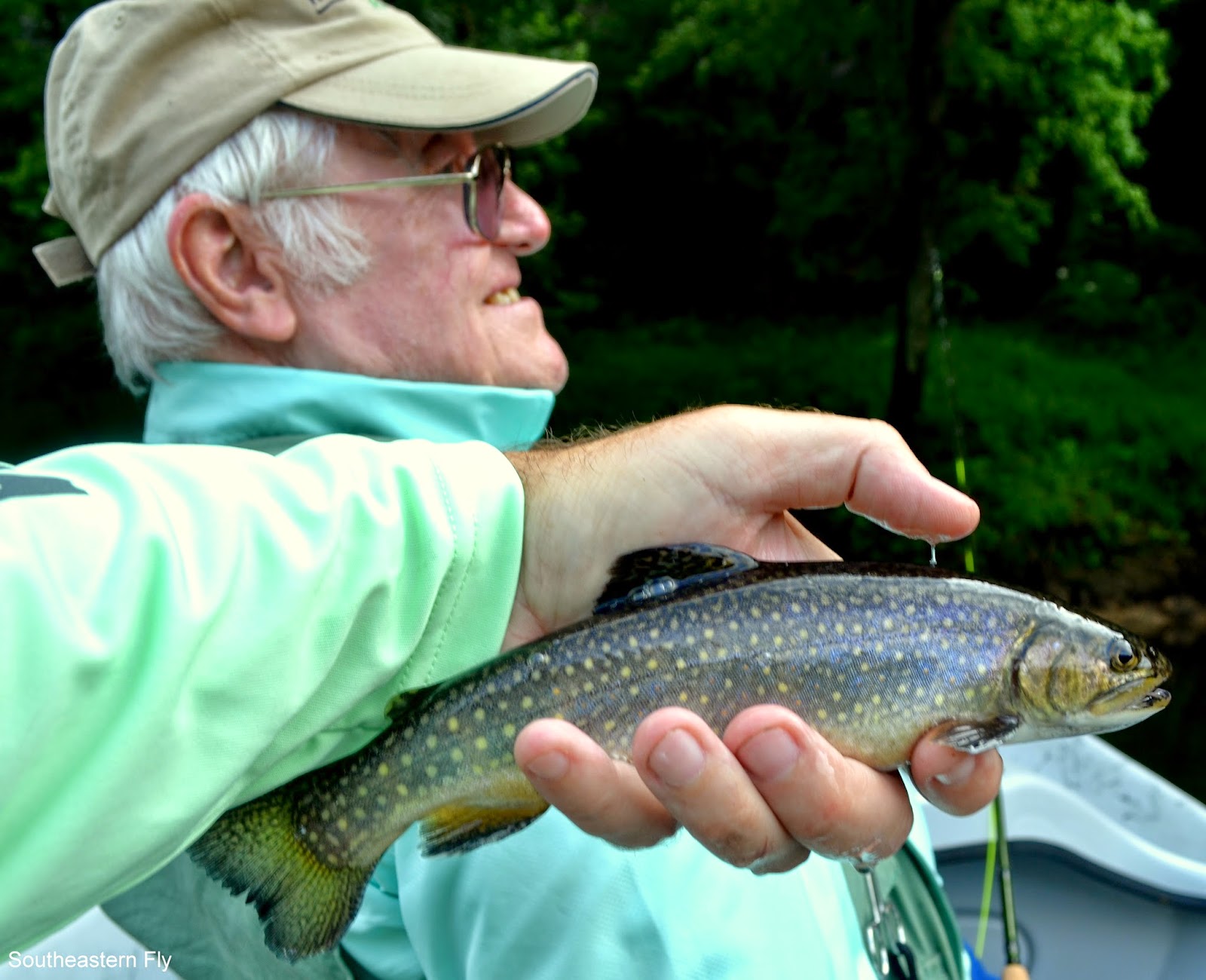 Jim, a newcomer to fly fishing for trout,  had waded the day before and by his admission was struggling to catch fish. We agreed early-on it just wouldn't be good to leave the river if he didn't bring some fish to the net. So Jim and I worked on casting, mending and eventually he would also work on the hook set to bring his fish to the net. We missed a real nice fish in one of the high-value areas of the float, but that fish will be there next year when Jim returns. 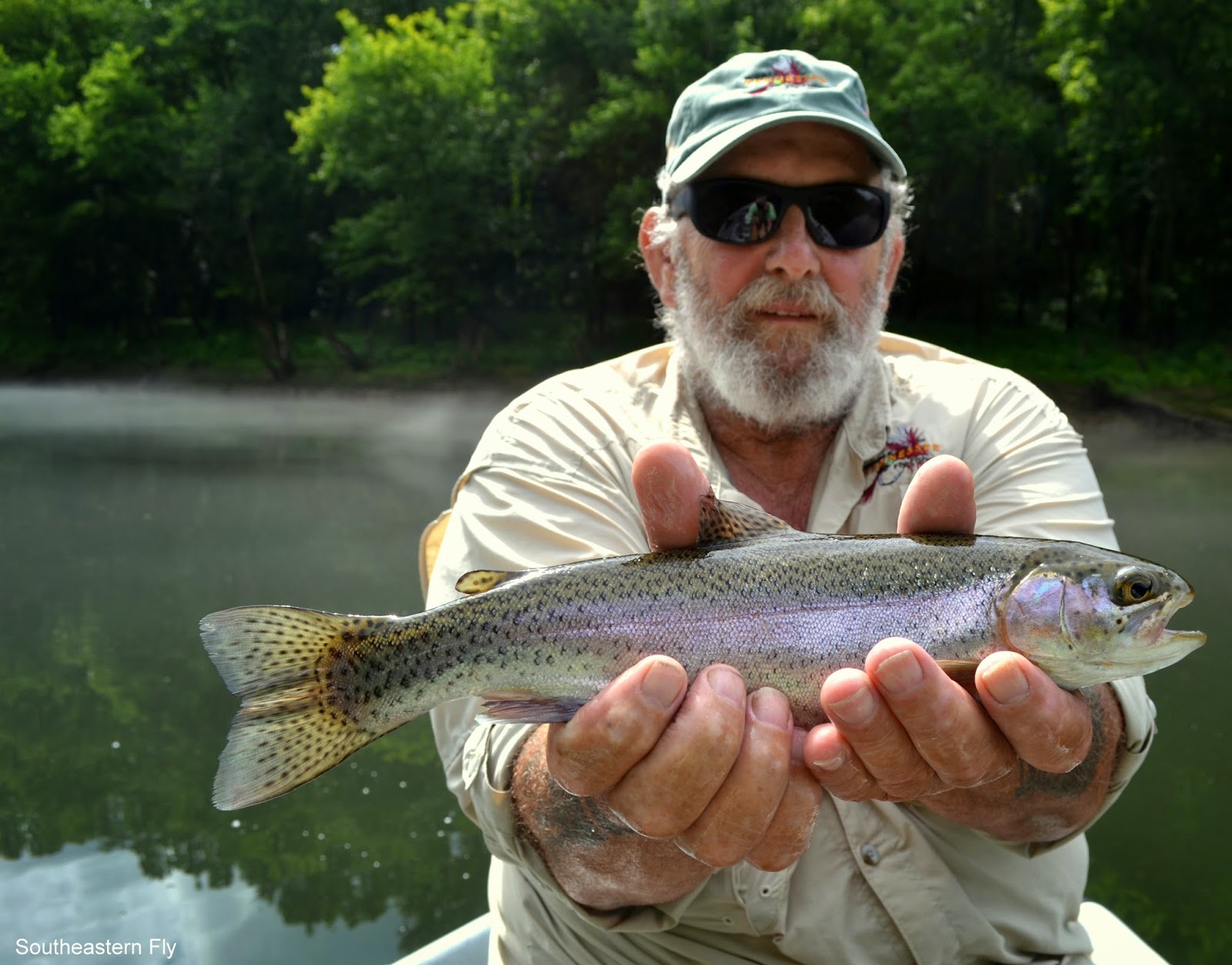 We were about halfway through a short float when the storms began in the distance. We fished to the last possible minute and then made our run to the takeout and safety of the truck. Jim was back at the campground only 4 minutes late, which is a record for me being off the water and somewhat "on time". We all said our good-bys and Jim went with his group back toward home. 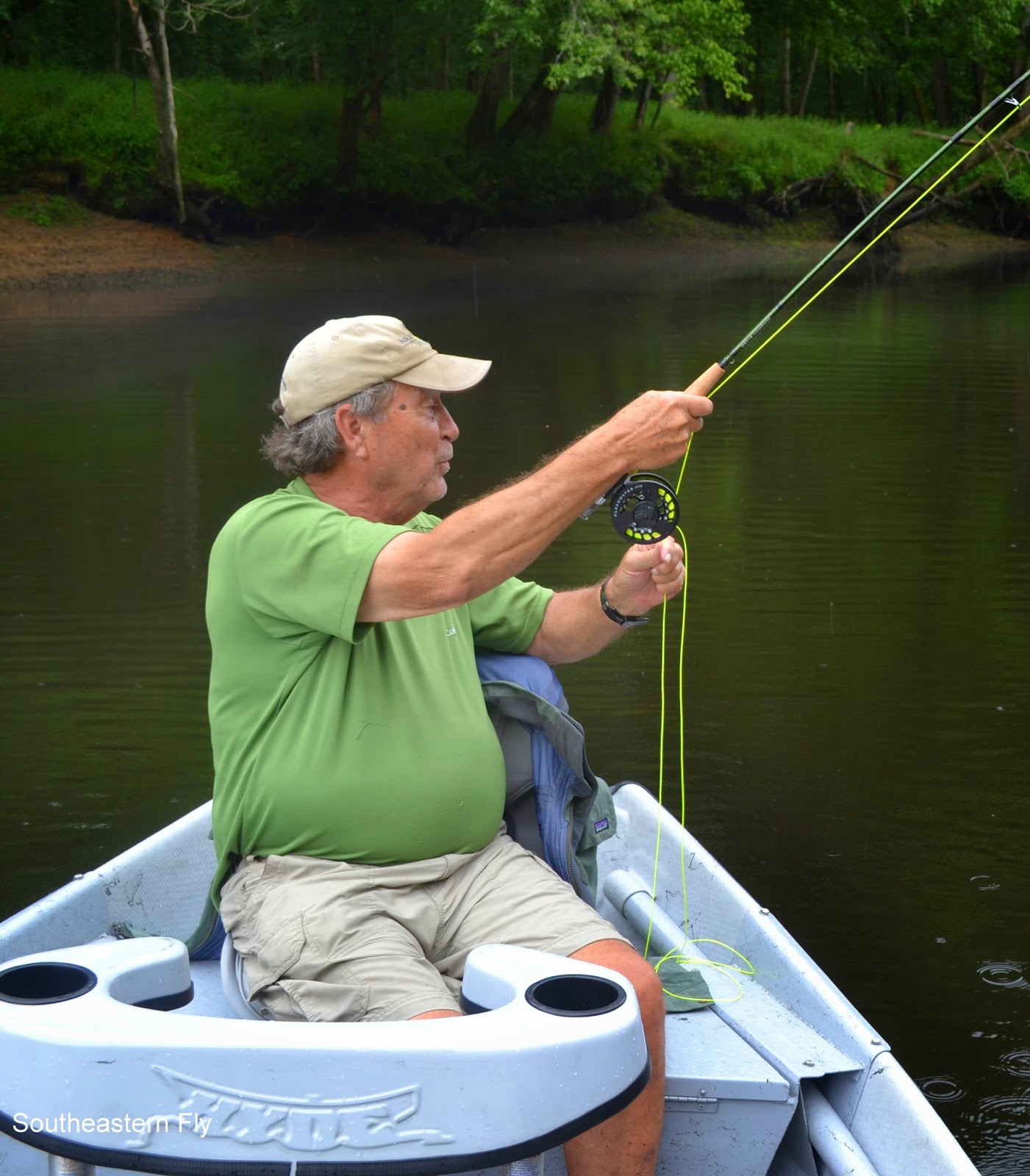 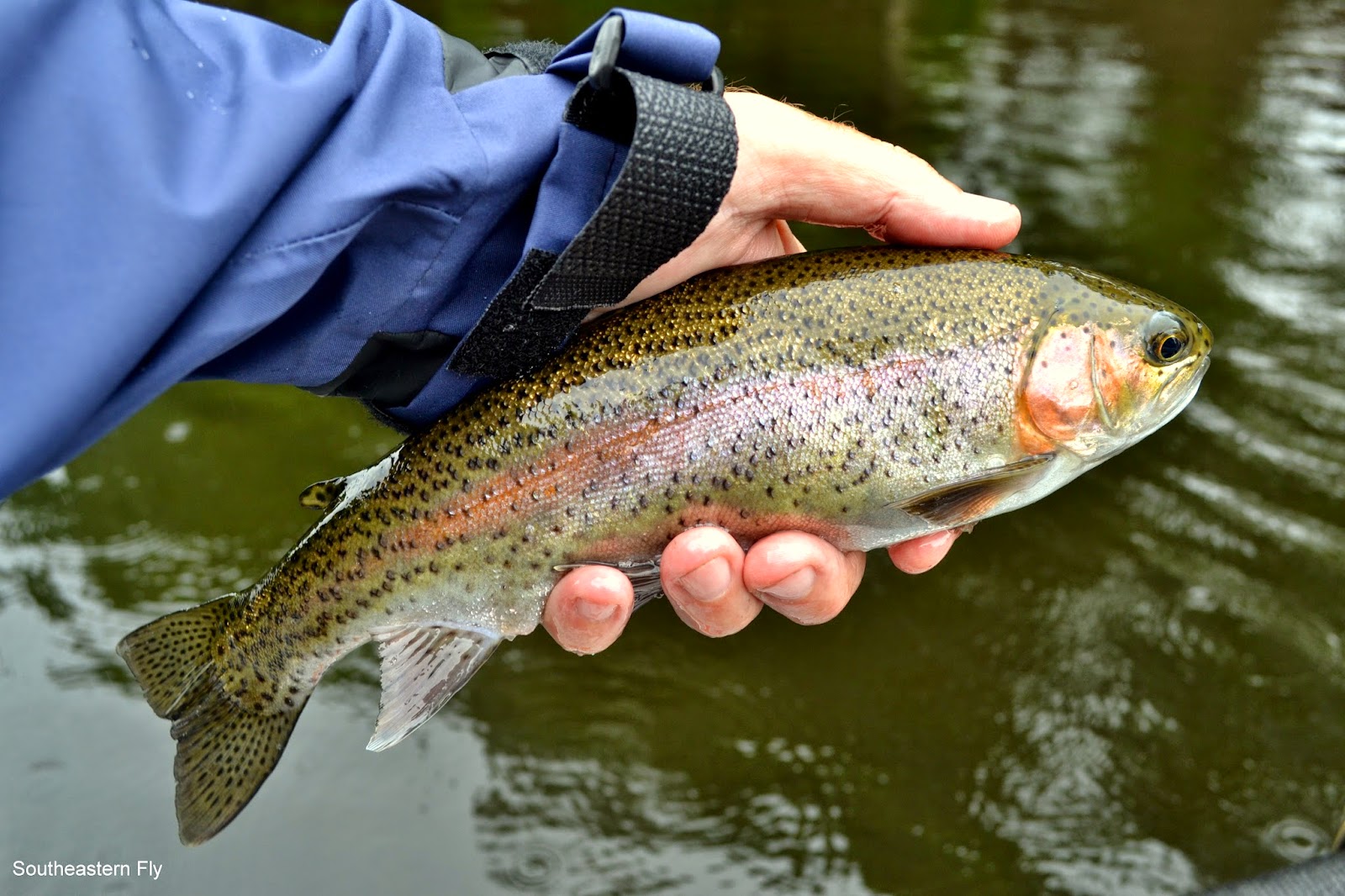 Round II- After being off the water for over a week I wanted to get back out there. So, when it seemed the storms had missed us I told Bill, I wanted to get back out there. He agreed and we rounded up Bill C then headed for the ramp. The rains came and went several times over the remainder of the afternoon but the guys kept the flies in the water and picked up fish on both nymphs and terrestrials. Bill and Bill C. both got their slam early in the afternoon as we concentrated on a solid section of the river. Finally they pulled me off the river we had to load the drifter on the trailer and get the guys back to the campground. 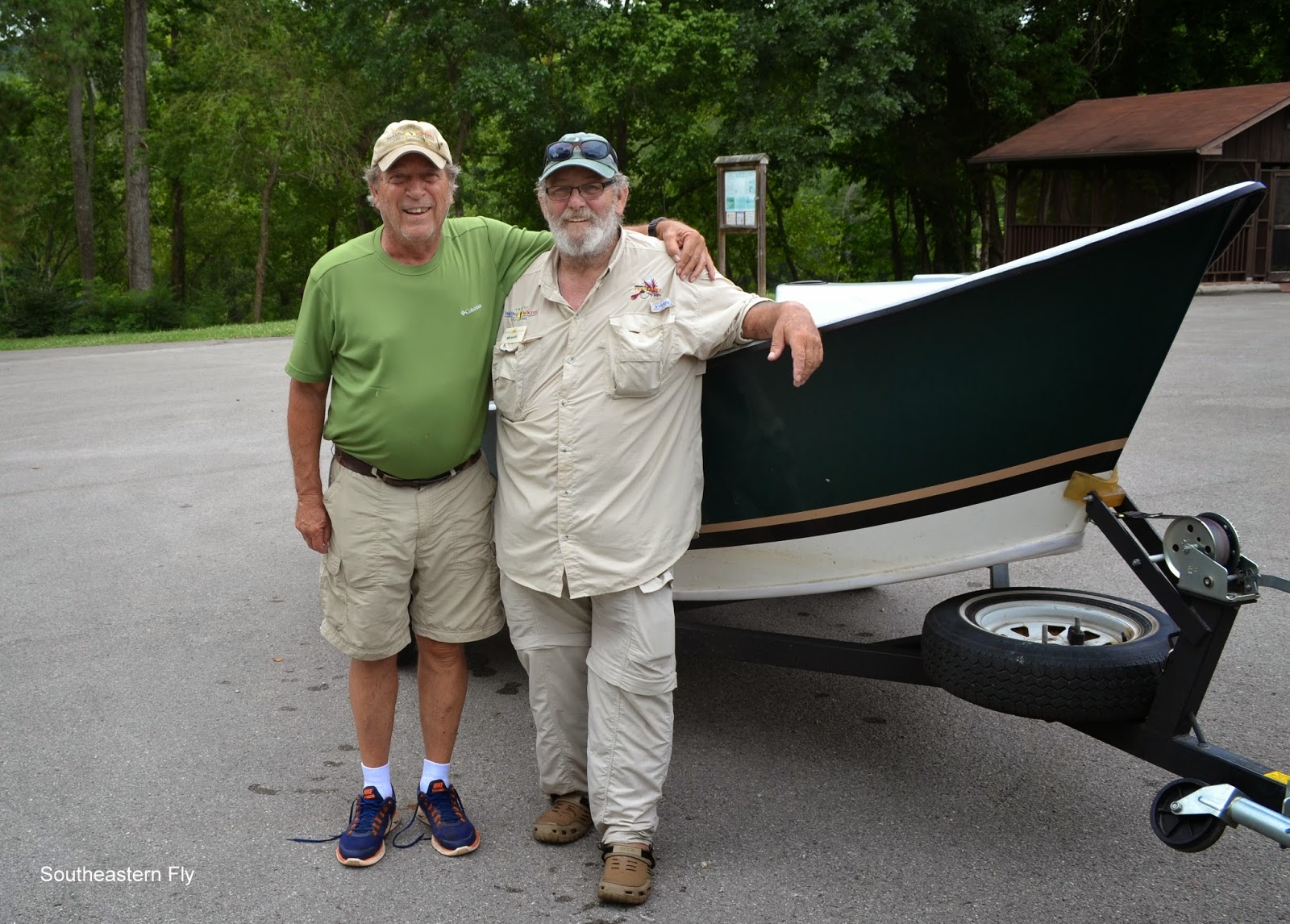 If you want to get involved with PHW here is the contact information for Healing Waters of the Tennessee Valley. From what I saw the event was a success for pretty much everyone involved and a real asset to the local fly fishing community. If you get a chance to be a part of one of the PHW events around the country don't miss the opportunity.
Posted by ____________________________ at 8:29 PM