Michael on the River 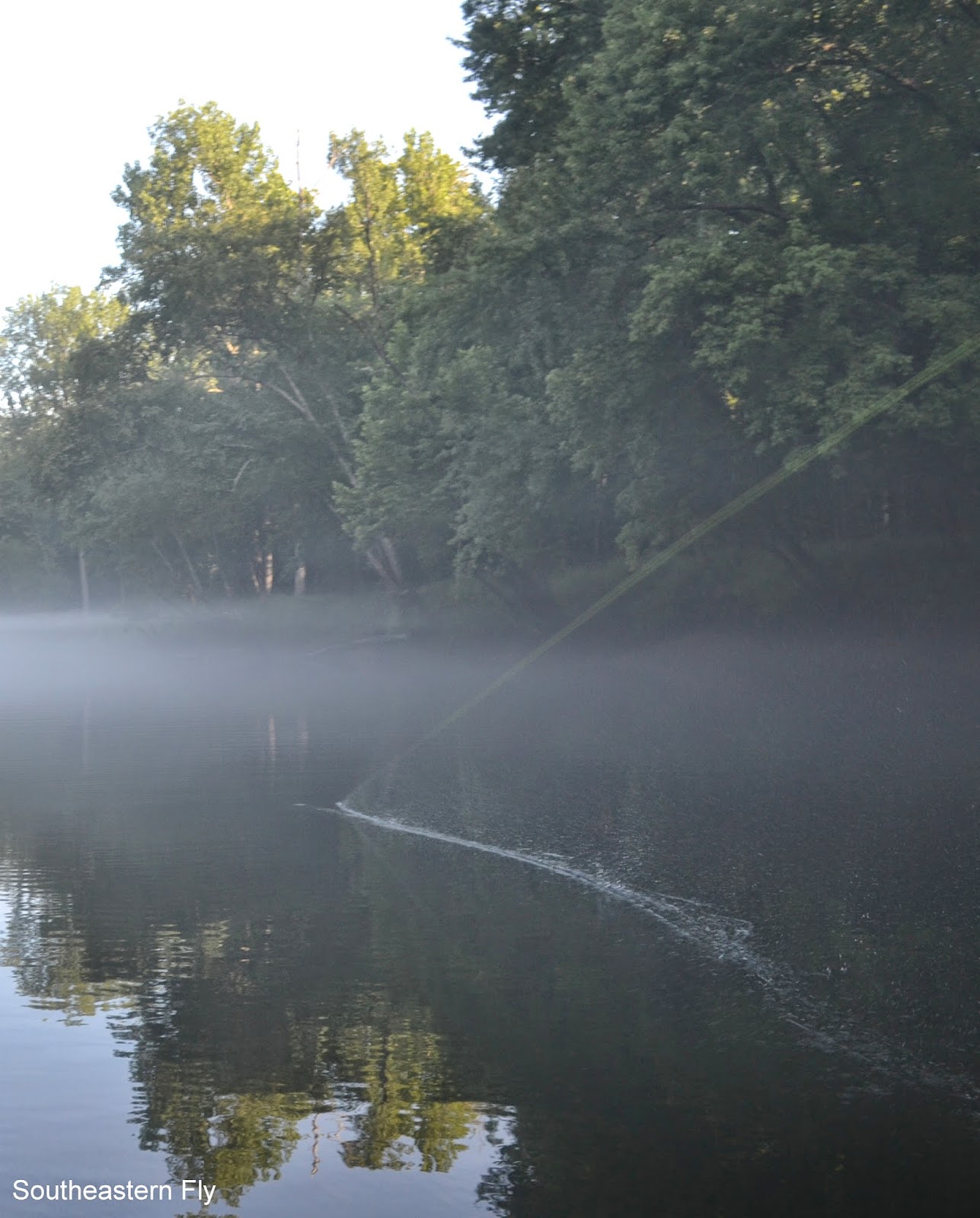 Whew it's been busy around here and anglers are bringing a lot of fish to the net. Michael and I hit the water to help him learn some additional fly fishing techniques and with hopes of catching some nice fish. The river did not disappoint. 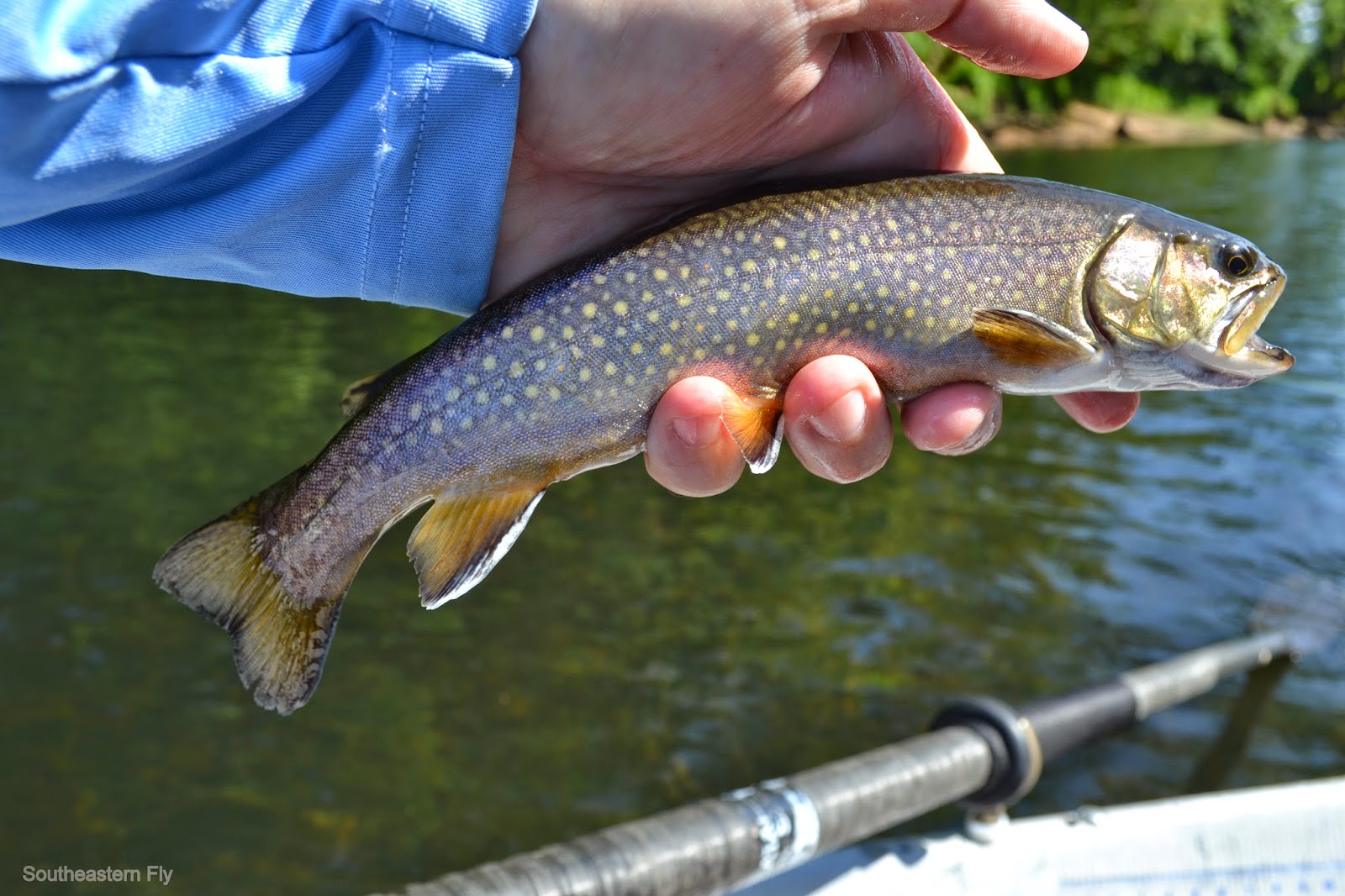 We started real early in hopes of missing the traffic and the plan worked. The traffic can be a problem but Michael caught the better fish late in the day among many canoes...go figure. Anyway it was early when we started and to get things going we dropped a nymph into feeding fish and the fish ate. He picked up several fresh stockers with some nicer fish thrown into the mix to keep us both motivated. 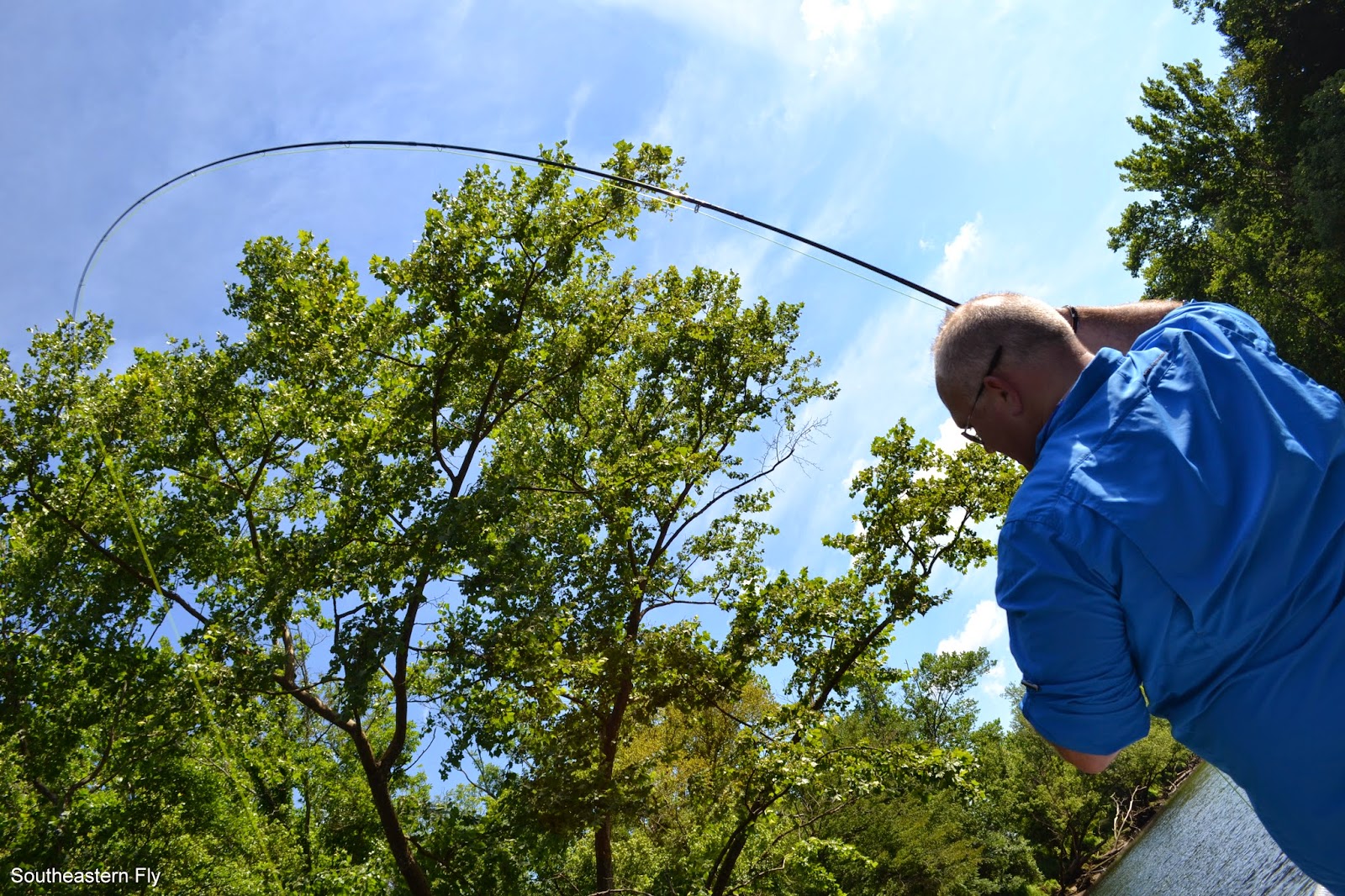 We fished those nymphs until the air got a little heat built up and then we switched to a terrestrial with a dropper combo. The fish were looking up, hitting the terrestrial but the majority of the time the fish would take the #18 midge we had trailing off the top fly. 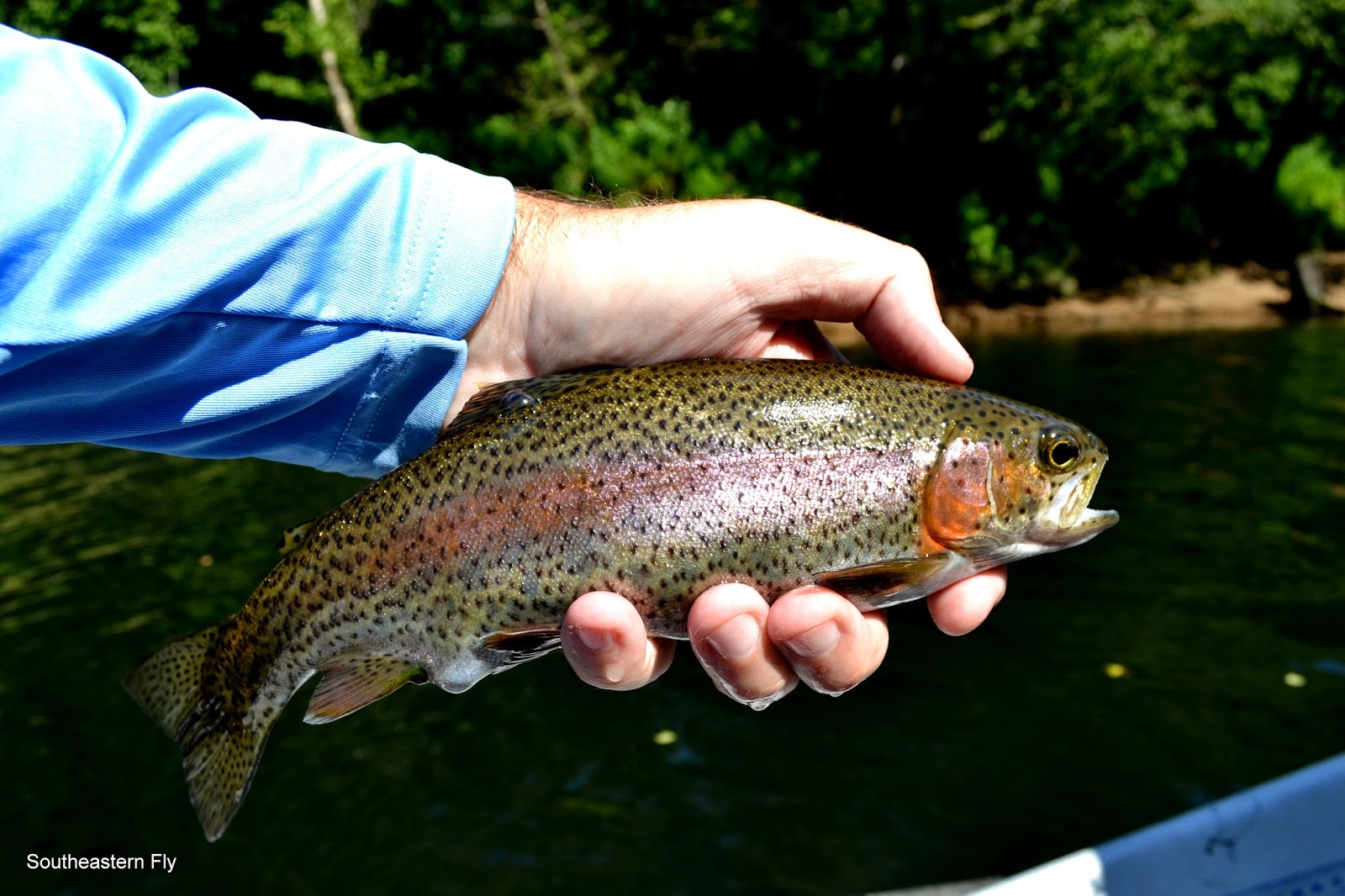 The fish were hanging mostly just off the slopes of the gravel bars and naturally in the pockets on the shoals for the most part. The depth of the flies were critical and an adjustment to the depth of the fly would often pick the catch rate up. I guess the best thing to say is be mindful of the depth and where the fish are holding. It's easy to get complacent as the day goes along. 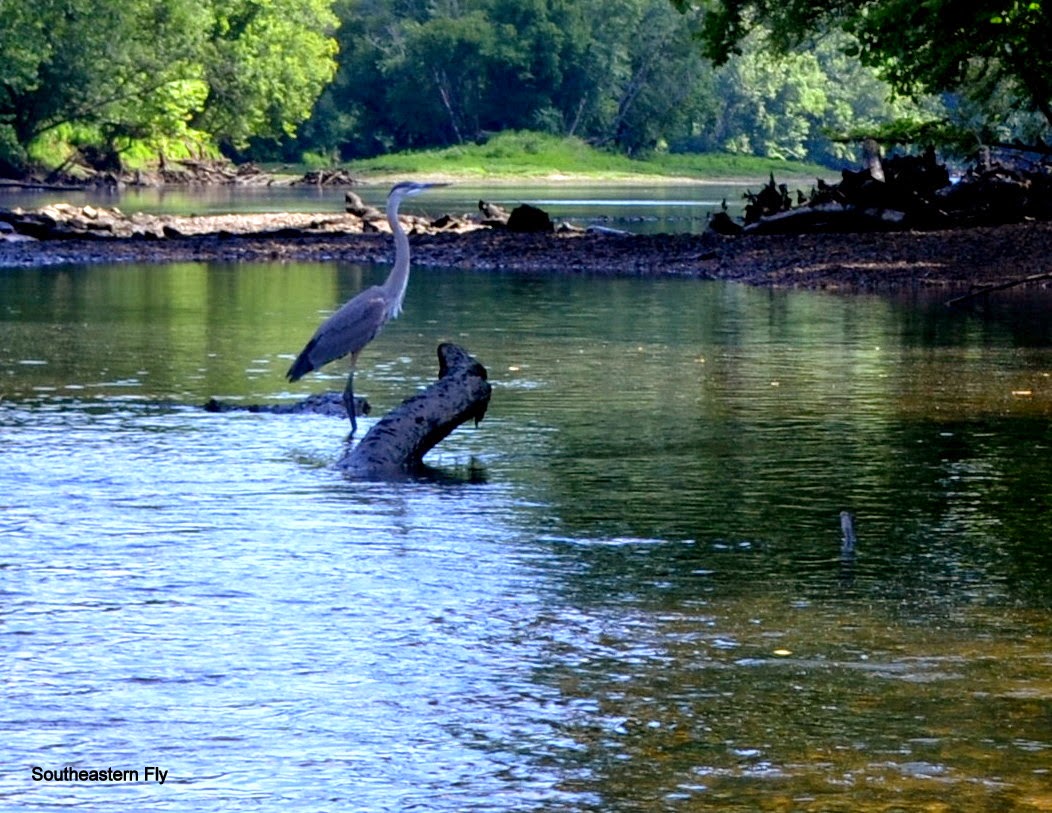 I had been jockeying the boat through the string of canoes as we floated closer to the takeout, blocking out sections of water with some boat positioning and Michael's backcast. Over the past few floats it was easy to notice there are couple really nice places to be positioned when the release hits. On this day we timed it just about right and Michael was laying out some good casts. He was fishing just off the front of the drifter with a pretty short mend. We missed a couple fish and then he hooked up with a good one. After strong hookset and a short fight in faster water he brought a good brown to the net. We had just a short distance to the takeout do we fished out the rest of the float hitting soft water and picking up more fish. Then we loaded the boat and called it another good day on the river. 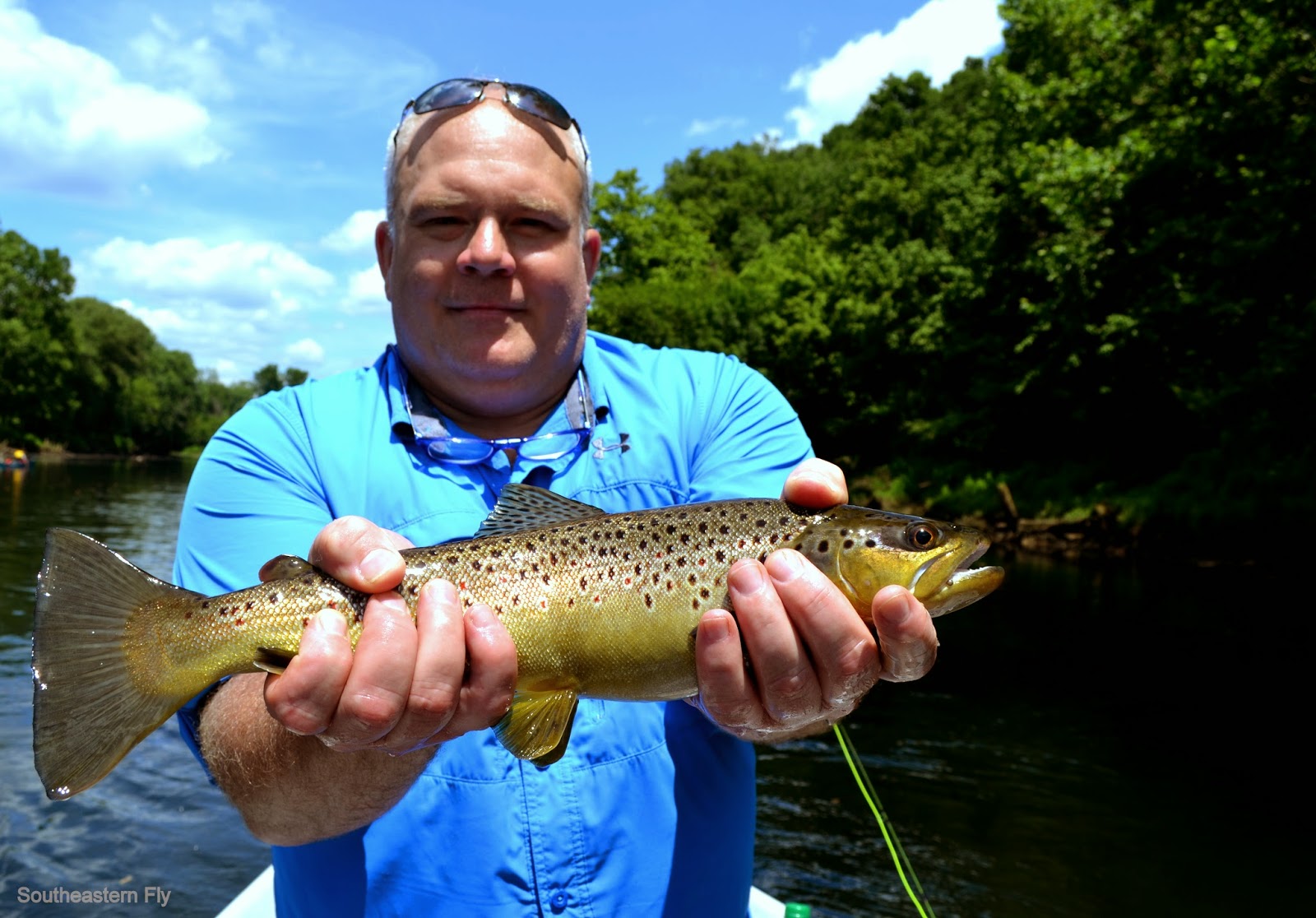