Jack On The River 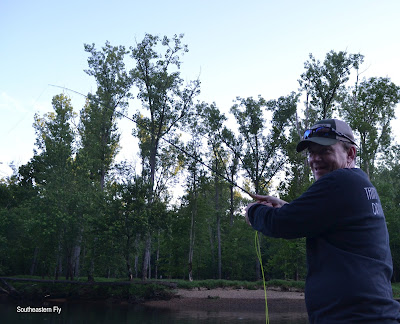 Jack spent his youth around the Army Corps dams where his Grandfather Colonel O'Neil worked to bring us boat ramps, campgrounds and some of the other things we enjoy on the tailwaters we fish. We loaded up the drifter and shoved off in search of trout. 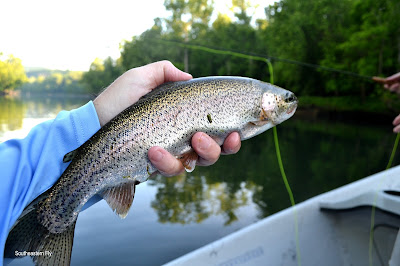 Like so many anglers Jack brought along a spinning rod and like the highest majority of anglers he did not touch it the entire day. Jack had fly fished a few times many years ago, but had forgotten the mechanics of the fly rod. We quickly got Jack into form and soon, because of his coachable attitude, he was setting the hook on some pretty good rainbows within the first several minutes. 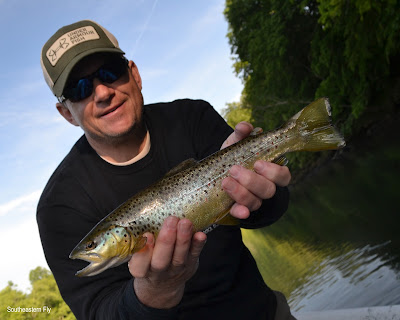 The fish were holding tight to the bottom and close to rocks. When we located a rock or ledge there was sure to be a fish holding and looking for our flies. There weren't a lot of people on the river, but the anglers who were wetting a line seemed to be hooked up more often than not. 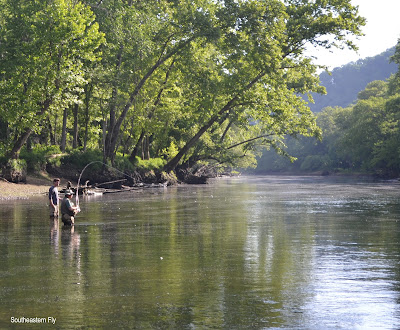 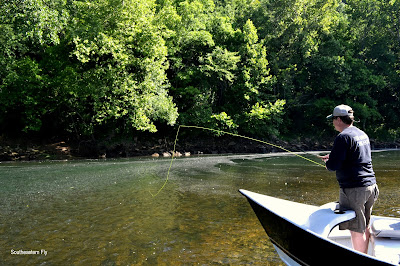 Jack was casting well and when the drift was right and the right amount of line was laying on the water the fish would respond. The smallest amount of drag and in the clear water we could watch the fish move aside and watch the fly float on by. 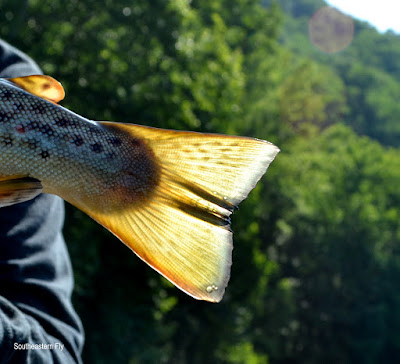 The further into the float we drifted the better Jack was doing, while his prized spinning rod lay in the hot May sun. Jack was putting the Orvis Clearwater to good use and was into double digits quickly. While numbers are great and all, everyone wants to catch more fish than their buddy, Jack was also getting some healthy fish with broad shoulders and good length to eat his flies. 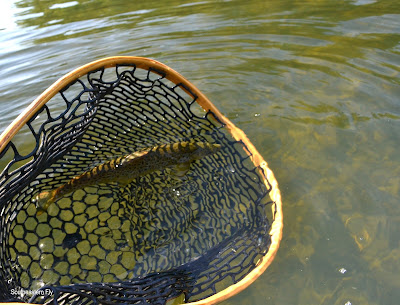 Jack improved throughout the day. It was fun to watch him cast 20 feet at the beginning of the float and then toward the end cast as far as I asked and be able to place the fly where it was needed to catch the fish. What a fun day with Jack on the river. 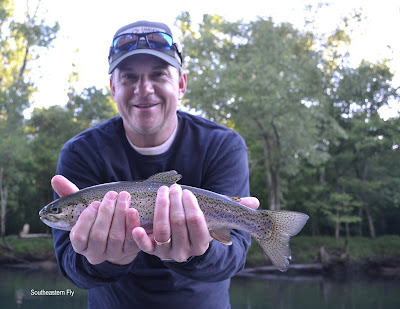