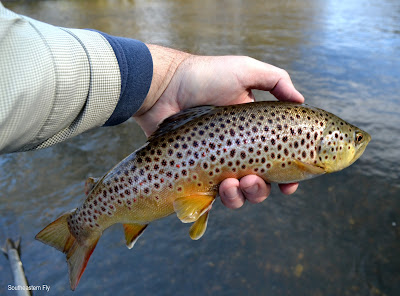 Greg and I were talking via text and the last one I saw was at midnight. That text said "my partner backed out, I'm still going".  Greg is one of my favorite types of anglers. He was still determined to fish even when everything isn't going as planned. So we met and began transferring rods, jackets, and all the other accouterments that would be needed throughout the day of fishing. And, that's just about the time a car rolled into the parking lot... 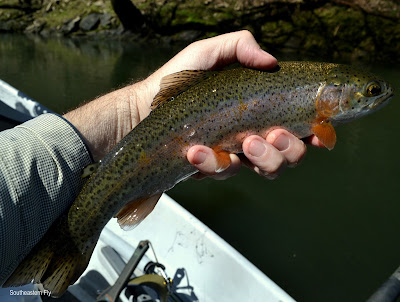 The car slowed to a stop when Greg recognized the driver. The driver got out of the car with the look of someone who was glad to be at the river...he was just like the rest of us. Greg said hello to Brian, who seemed to be a pleasant guy, and then after some small talk Greg asked the question any angler wants to hear. "Hey, want to float with us?" (How cool is that!) Brian was quick to respond. That response? He would need to notify some folks that he would be late getting home. Yep, that's the exact answer for anyone who is ever asked. 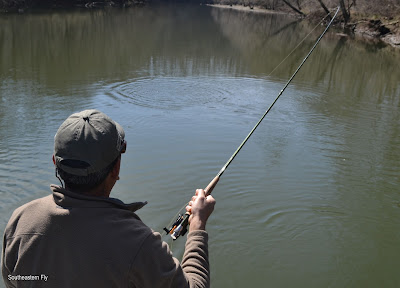 The float started on stained water. The bite is normally slower on stained water but, on this morning, the fish forgot their normal practice. The guys were dialed in pretty good and were bringing fish fish to the net, where the nymph was removed, and then the fish was sent back to grow and hopefully be caught again and again. 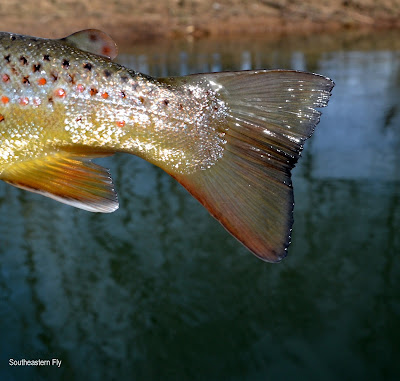 The mornings have been the best opportunities for numbers and have yielded the best results. It has been critical for anglers to be "ready" early in the floats. Good casts and almost perfect presentations have been a must. Greg has been on the boat enough to know the routine. He also had fished enough to understand where the fish will be holding. Greg was bringing a good number of fish to the net early. Greg is a lot of fun to fish with and everyone likes it when a nice guy catches fish. 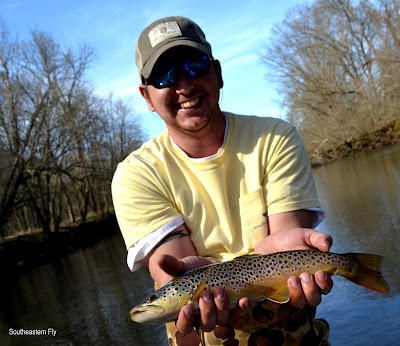 The fish have been holding close to structure. Brian was getting acclimated to fishing from a casting brace. Then we spotted a nice run close to a log. Brian dropped the fly in the upper range of the log and when the fly floated about half way down the length he got a hit. Brian set the hook just as we started to float into the faster part of the shoal. The boat picked up a little speed but he kept the fish coming toward the boat. It wasn't long before he got the head up and the fish came quietly to get the nymph removed.

So we floated our way through the rest of the way the afternoon. The guys tried streamers for a while but the afternoon was just not as exciting as the morning. So just before the sun went down we slipped into the gravel bar on low water with a couple relaxed anglers.  Greg, looking forward to see you and Brooke in a couple months... 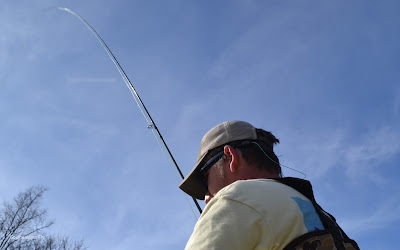