Logan and Addison- A Couple's Day Out 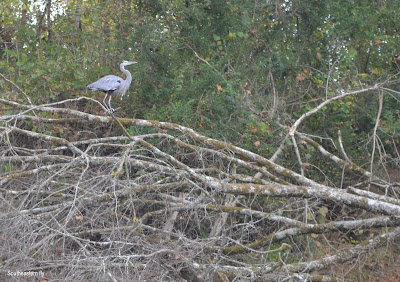 It seems lately folks have been coming back to fish more often. Logan had already been on the water with her friends and this time brought her husband Addison back to enjoy the river. So we put Addison in the front brace and backed the drifter from the ramp. We weren't even 5 minutes into the float when he hooked up and brought the first fish to the net, removing the skunk from the boat. We maneuvered through other anglers and found ourselves in some open water. 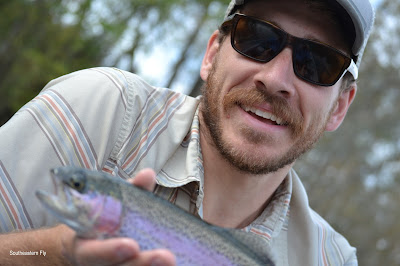 Logan was next up. She stepped up to the casting brace and got comfortable. We were fishing a ledge and she set the hook. The fish made a short run and then turned into the softer current. Logan kept the line tight and brought her first fish of the day to the net, a nice brown.  She followed that brown with a rainbow and both our anglers were now getting it done. 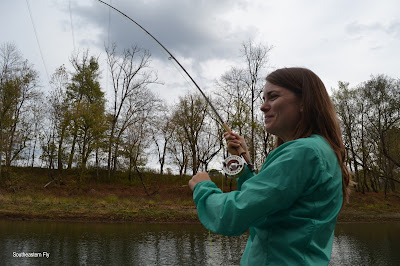 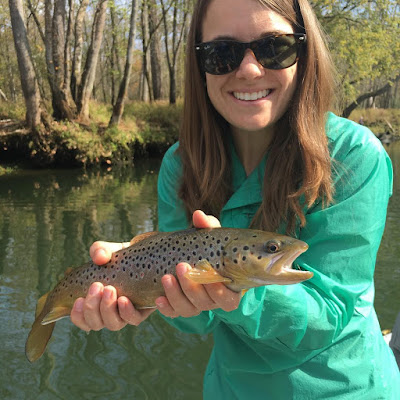 The fish were responsive to our bugs. We have made a few adjustments to the shade of the bugs since the cooler nights have been more the norm. Middle Tennessee is experiencing longer than expect summer-type weather, but the cooler nights are making us adjust more than just the shades of color in the bugs. The cooler temps are also bringing out the fleece and the waders. 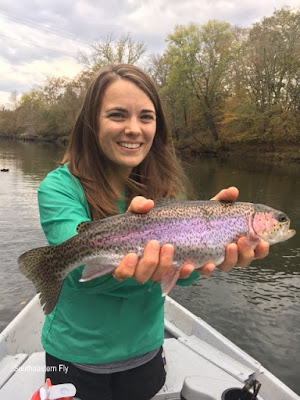 We were floating along at a good pace and the fish were responding to good drifts. The drifts didn't have to be perfect on this day, but they had to be good clean drifts on the correct lines. Even with that, sometimes it is just one angler's day. This day was Logan's day and she was getting some good fish. We would drift Addison through a good feeding lane without a bump. Logan would drop her bug a short distance behind and Logan's bug would catch the fish. Addison was not phased and was glad to see his wife have a good day. 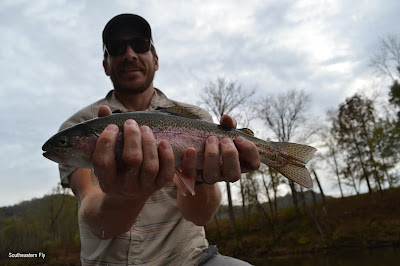 Both anglers were catching fish with good presentations. Addison has a great cast and dropped his bug in some quicker moving water, then he got his mend right and set up a good presentation. The fish ate and Addison set the hook. He made all the right moves as he began his fight with a decent rainbow. The fish went straight to some rocks but Addison got the rod ahead of the fish and brought it into slack water. After two more runs the fish had nowhere else to go but into the net. We dusted up the bug and he caught more fish with only minor adjustments. 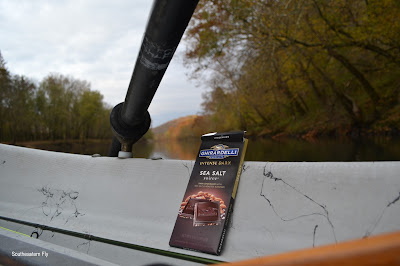 A good trip can be made great with one more ingredient... Everyone who reads this fishing report on a regular basis knows we are big fans of chocolate. Snickers. Recently I visited Chicago and went to the Ghirardelli outlet. As a result of that trip another chocolate will be on the drifter from time to time. Because even though sometimes it is all about the fishing, other times it's about all the creature comforts...and the fishing.

After a good number of fish, some nice fish and some creature comforts we came to the end of the float. We were racing a front that was coming in from the southwest. The last rod was stowed, the drifter was securely on the trailer and the anglers as well as the guide were in the warm truck headed up the ramp. Looking back it was good we found that open water and it was good to have these two angler's in the casting braces. As the year winds down I'm thankful to have met a bunch of really cool folks who I hope come back to fish more often. 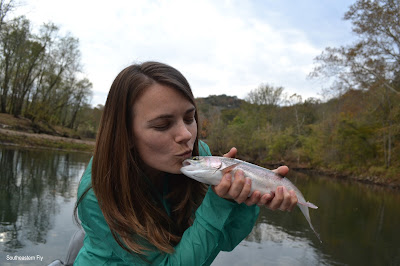