The river has been fishing OK over the past few weeks. As the Summer has been winding down the big browns have been busy with their yearly ritual, but it hasn't stopped the floats nor the catching. Melanie called last week and booked a trip for her family and Pamela's family on the Caney Fork. 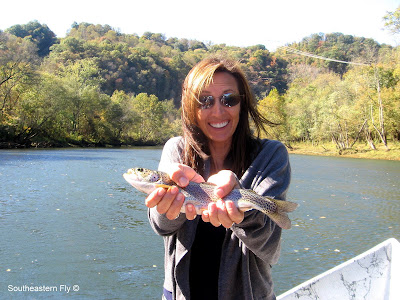 The Result of Things Going Our Way
We put the kids and ladies in the boats and shoved off a few minutes after the generation shut down. The wind was "blowin the dog off the chain", but we knew if we could get the flies in front of the right fish, it could be a successful day. 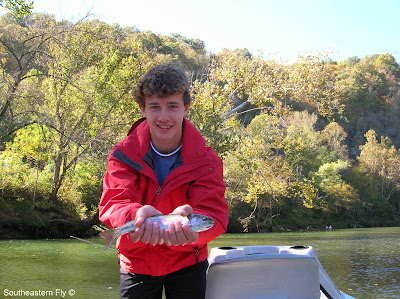 Another Successful Angler
We fished nymphs throughout the day as we worked everyone on their mending, casting, mending and well mending. The wind worked against us early on, as it did all the other boats on the river. Soon the group got into the grove and began picking up fish. 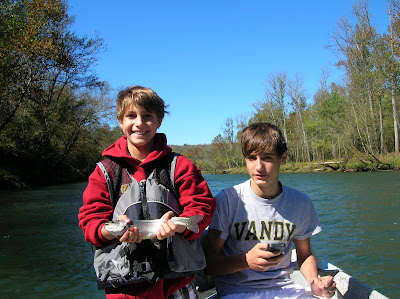 Fish and Phones
The indicators were bobbing and weaving. However, when the wind would die off even a little and the drift would straighten itself out, the fish would respond. The group did a lot of things right throughout the day including, improving their cast and some caught trout on the Caney Fork for the first time. 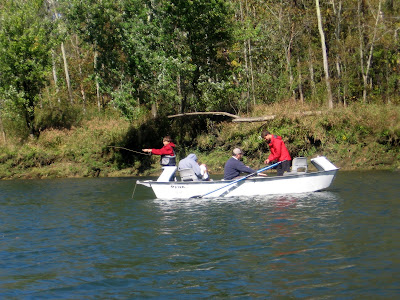 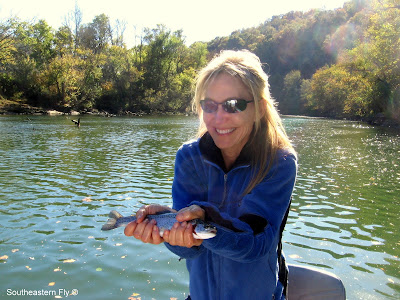 The Third Fish of the Afternoon
The leaves were back again on this trip and in my opinion slowed the fishing a little. Streamers would have been clogged and the fish did not appear to be looking up like they were several weeks ago. Therefore, nymphs were the bug of choice. Pheasant tails and zebra midges both picked up fish.
So, the river is going through the usual Fall changes. Streamer season is around the corner, but nymphs and midges usually work OK throughout the colder weather as well. As long as falling water is the "flavor of the day", pretty much any of the usual tactics can pick-up fish. Some tactics will work better than others. So, just adjust the style as conditions permit and get out on the water whenever time permits! 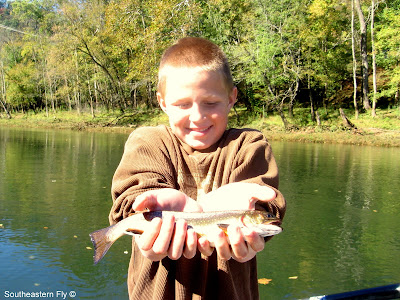 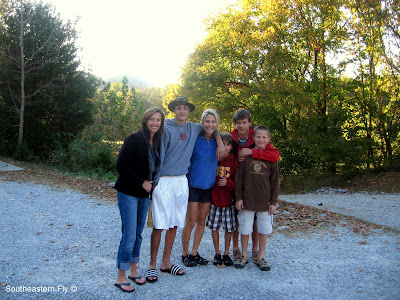