Report from the River 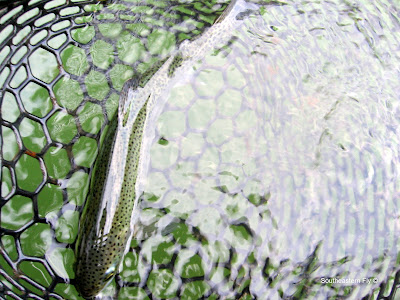 The Hatchery Brats Were Out in Force
Dan and I went to the Caney for the first time in a long while. He has been busy painting and doing some other long term projects and I have been sitting behind the oars. So when we both got some time off to fish, we loaded the drifter and hit the river for some fishing, catching and good conversation. 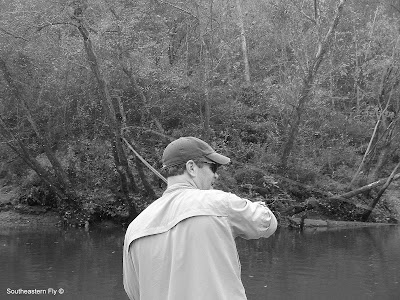 Dan Did This.....A LOT
We started off with Dan fishing some home-brew nymphs and even though we only had a few hours of daylight, we took our time and hit the likely spots. The fish responded to his offerings and made the upper portion of the float somewhat exciting. 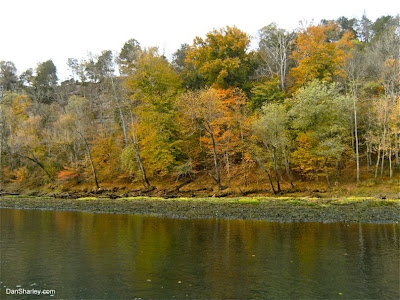 Fall Along the Caney Fork River
The Fall colors are in their bloom right now along the river. The winds were out of the South, South-something most of the day, but to our luck was good and we did catch a few spots on the water that would float a nymph with some sense of a natural drift.

Rainbows Were the Species of the Day for Us
We drowned the nymphs between the fallen leaves and wind gusts. Then as we were bringing a rainbow to the boat, a large fish moved to the bow. The fish was a brown and it took a big slash at that rainbow. The rainbow gave up after a short run to the boat and seemed somewhat happy to get into the net safely. 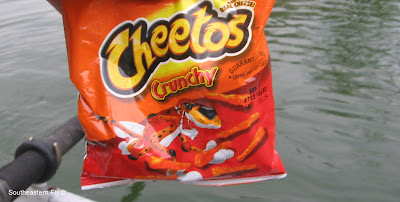 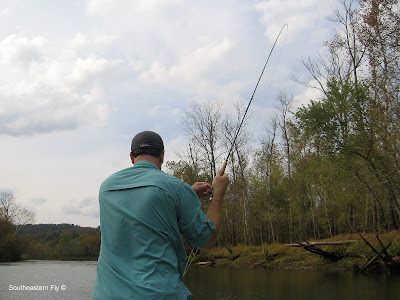 Dan Hooked Up......Again
We pounded the banks with streamers the rest of the time. We noticed several redds in the river, on the shoals. There are some nice fish that are vulnerable right now and hopefully they will get finished after this full moon moves on. There were several fly anglers "babysitting" most of the large browns as we floated over the likely spots. 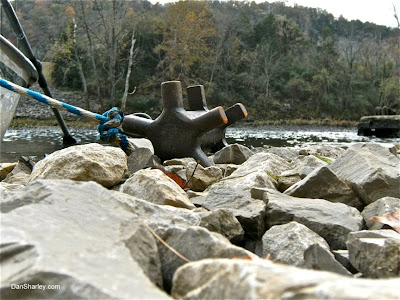 Light was limited, but we were able to get some action on some articulated and non-articulated offerings in the pools. Darkness comes early when you get a late start to the day and with large storms approaching, we took one last picture of the after dark midge hatch and headed to the ramp. 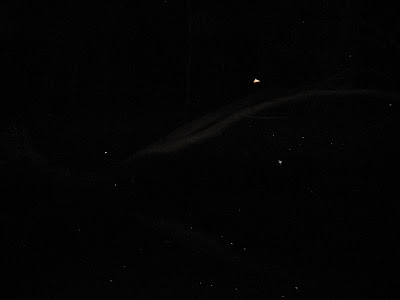 Midges.........Everywhere
Update: Several large storms blew through the area last night and there is no doubt removed even more leaves from the trees. We hope this will move the river toward more clear water in the coming weeks. The fishing is still manageable and should get better over the next few weeks.
Posted by ____________________________ at 6:03 PM