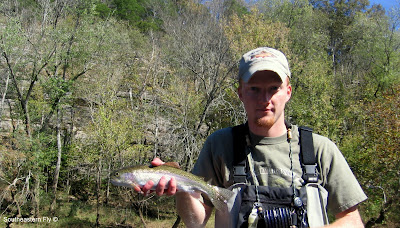 David is Looking Serious, the Fish Has a "Caught Look"
It has been a while since David and I got together and floated. We have been on the river on the same day, but at different places and been to the Smokies at different times. When we both had a day free we got together and made the trip to the Caney. We did a different float and caught the section on low water. Starting early in the day we were able to get most of the float in before the generation hit us and pushed the drifter onto the ramp. 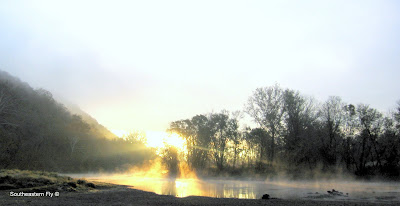 Early Morning at the Ramp 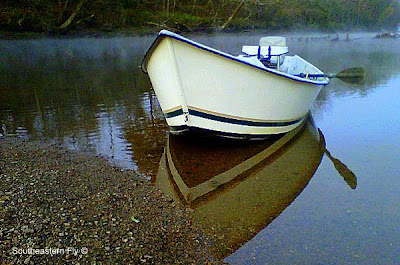 Get Away To Where the Boat Leaves From...
We left the ramp early while the temps were still in the 30's. David was first up to the casting brace....hey the temps were in the 30's and rowing is a good way for me to keep warm. He started on streamers and with the cold water hitting his stripping finger it would take some quick action...to keep him fishing and to keep me warm and rowing. The fish didn't disappoint and with the rainbows relating to structure we were on fish early. 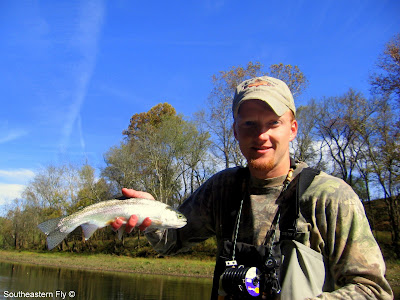 This Rainbow Was Right Where It Was Supposed To Be
We stayed on streamers for a while and then switched to the usual nymphs and midges. We picked up rainbows all morning and spotted some browns. The browns were still staging for the most part and some were really close to getting on the redd. We didn't fish the browns, but saw some here and there. The rainbows kept us busy as we tried the same old nymphs and tested some new ones as well. 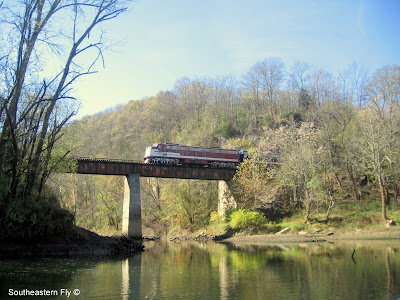 Train I Ride, Sixteen Coaches Long
Just when you thought this was going to be another fishing report, see if you can name the artist who sang the train lyrics above... 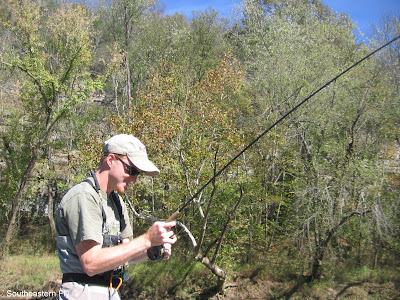 David Did Most of the Catching on This Float

David is quite the angler and also into photography in a big way. He is finally taking his photos to the Internet for sale. On this day he kept busy behind the camera and was successful on the nymph rod as well. David's nymphing technique is somewhat different than mine. His is more of a Czech style and mine is more of a true dead drift. Both are productive and drift the flies at completely different angles. It is interesting to see the different techniques anglers use and how they can all be used in the same situations with practically the same results. 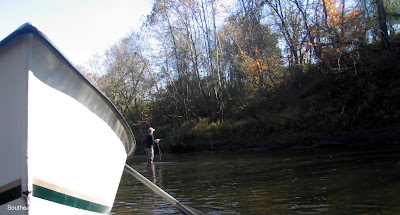 David Hard at Work With the Nymph Rig 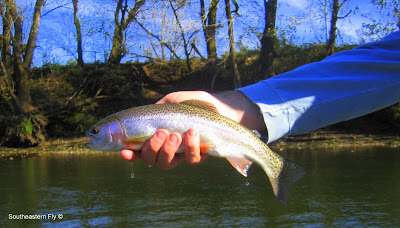 Yes, I Got Some Time in the Casting Brace As Well

After the temps warmed up I slid into the casting brace with the Hydros in hand. I took my turn at the point and tried some R&D nymphs, which for the most part only worked OK. After I gave them some good drifts through some productive water and found them to be somewhat effective, I put the usual one fly rig on and busted a rainbow on the first drift.....At least the R&D flies did produce.
The day wound down as the water release brought the river up and pushed us onto the takeout. The sun was getting low and dipped down behind he hills from time to time. We had a good day fishing the usual stuff as well as some new stuff. David will send some of his photos from the trip and I will post them when they get here. So check back and see a couple shots from David Knapp's perspective. 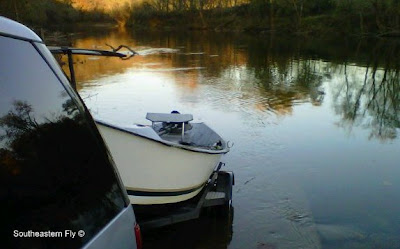 Done for the Day
If you have any questions about what is working for us on the river or want more specific information, just drop an email to david@southeasternfly.com and I will be happy to assist if I can.