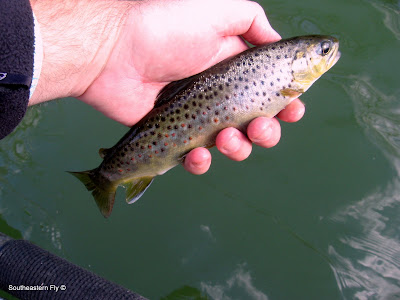 The First Fish
The day started as I picked up Scott and his son Jared at Sharp Lodge. They came from East Ridge, TN to fish. They fished the day before, below the dam, and caught a couple fish. On this day there would be more than a couple fish caught, by far, this day would be a much better day according to these two anglers. The guys fished spinning gear and we tried the long rods as well. 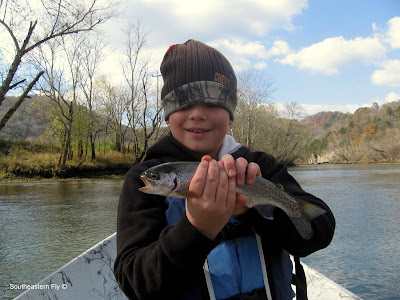 Jared's First Rainbow of the Day
The lake level is below 625' and has turned the river the cloudy- greenish color that it was last winter. The fish are not moving far for their food, so putting the offerings in the face of the fish is the best way to ensure a chance of a hit. We battled this condition starting about this time last year, but were still able to catch fish, in spite of the less than desirable conditions. 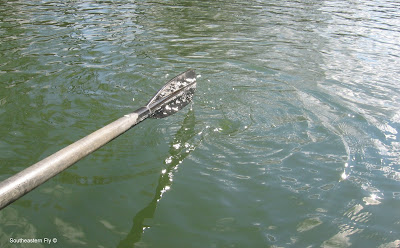 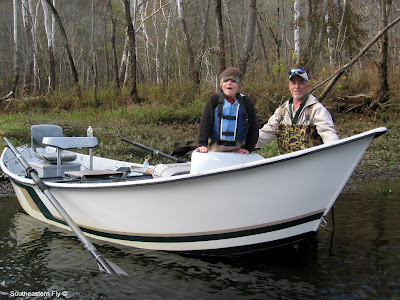 Scott and Jared during a Break in the Action 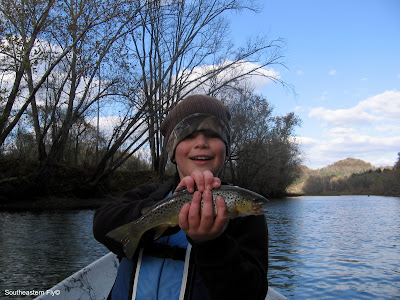 Jared's First Brown
The guys counted fish as they were caught and I tried to referee the fish counting battle as instructed. There were fish caught and fish lost. The fish that were lost were the topic of conversation, especially when Jared did the math and came to his own conclusion, his Dad had lost more fish than he had lost. As we passed other anglers, Jared took upon himself (with no coaching from me...OK maybe just a little) to let everyone know he was out-fishing his Dad... 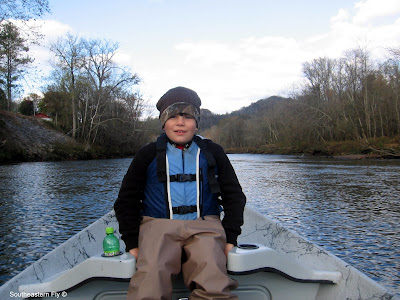 Jared Holding Court on the Finer Points of Angling
The day went along and finally began to wind down. We met a cool golden retriever while we loaded the drifter on the trailer. Then hit the road back to the lodge, where a hot meal of: BBQ pork chops, chicken & dumplins, peas, fresh veggies, cornbread, mashed potato's, sweet tea and I can remember the rest. A very good ending to a nice day on the river. 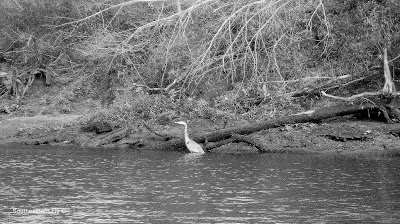