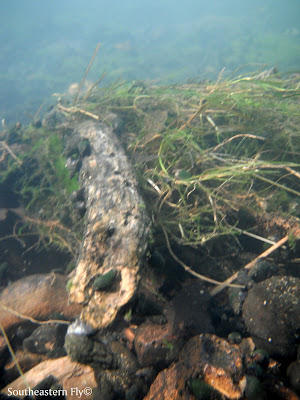 Find the Trout Food
With the recent rains blowing out most of the southern tailwaters, Brent and I were able to get out onto the Elk. TVA turned off the generators for the weekend and when we arrived at the launch we were surprised to find two things. Relatively clear water and no other anglers. We dumped the boat and I headed for the takeout to meet the shuttle.
*
The water clarity at the takeout is a good indicator of the tributaries and how clear they might be running. The difference in water clarity at the takeout can be significantly different from where we like to launch. The water at the takeout was running a bit more stained, but we have caught fish in much worse conditions. So why all the talk about the water clarity? As a general rule the more clear the Elk, the better the catch rate. 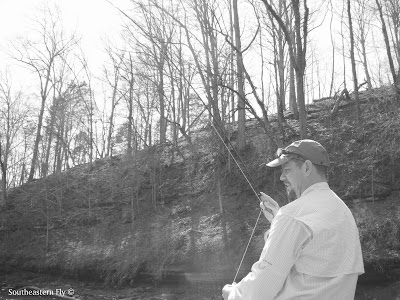 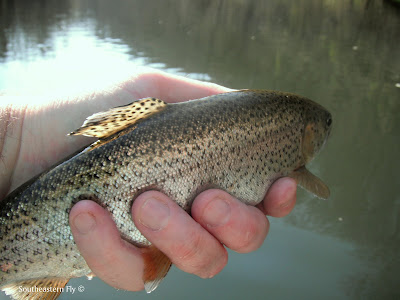 The Usual First Fish
We boarded the drifter and skipped the first sections of the river. We drowned some nymphs as we floated over a couple of the upper section shoals. The fish came to hand on the usual suspects of nymph patterns. We found confirmation there are fish in the Elk and put Brent on a new nymph pattern that I had worked on over the last weekend. The new fly hooked up early and Brent was into healthy fish rather quickly. When fishing a stream, river or lake- it doesn't hurt to turn over a rock or two and see what is on the menu.
*
Another thing, that can be easy to forgotten is- every section of river can require a change in depth while fishing indicators rigs. We changed depths a bit at a time until we found a definite pattern of where the fish were holding. For the most part the fish were not rising and for the most part they were not on the shoals. The shoals on the Elk really are not like East Tennessee shoals. Water on the Elk shoals mostly runs over smooth gravel bars and the gravel can have small bits of vegetation. The fish do not appear to like the exposure of the shoals especially on a clear sunny days. As the year wears on, the vegetation grows and fish can be found in the holes within the vegetation. However on this trip they weren't there. That narrows it down. 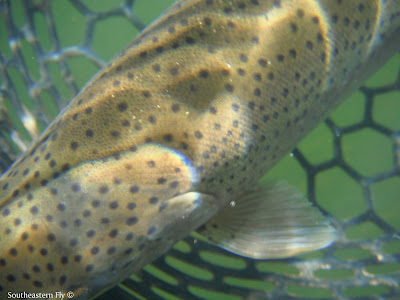 Reviving to Be Caught Again

One of Few Browns 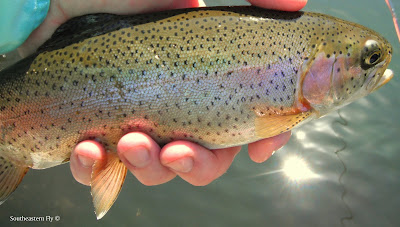 Healthy Holdovers
The Elk can be difficult to fish at this time of the year. It seems a fair number of fish are taken for consumption, the water quality has not always been the best and the stocking locations are a long distance from each other. This year however the fish are in most all sections of the river and for the most part can be caught all along the float. 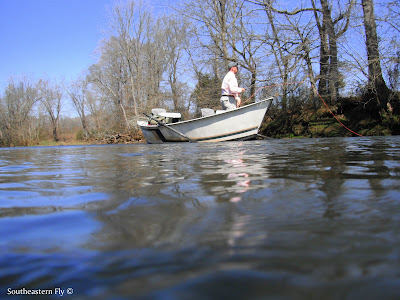 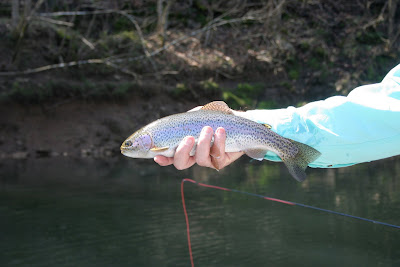 At the Halfway Point 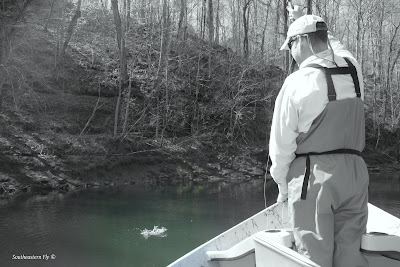 The Action Just Before the Net
We made it to the take-out early, way before dark, and for those of you who know me know that is unusual. We even had time to drive back to the dam and fished one of my favorite spots before calling it a day and heading for a hamburger. The day was clear and I mean not a cloud in the sky. The water clarity was exceptional considering the conditions throughout the week and the fishing was above average. It was good to spend the day on the water with Brent and the fish too. If you are thinking about getting on the Elk, the fish are there. Don't miss an opportunity to get on the river and make 2011 The Year of Getting Out There... 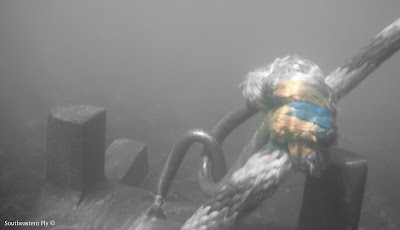