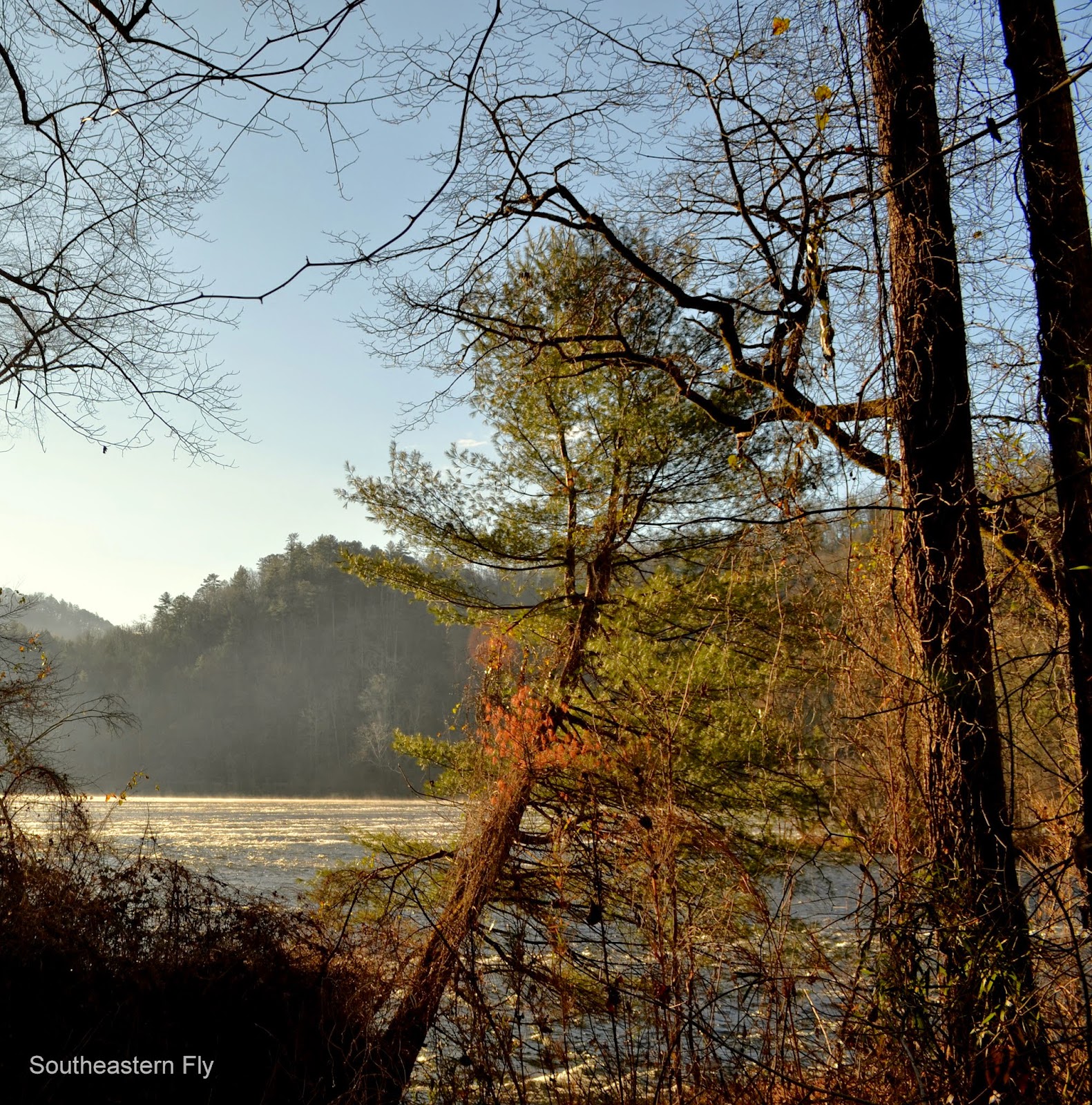 While others were ringing in the new year, I was fast asleep, at least until the people in the neighborhood began shooting off fireworks to celebrate turning the page on another calendar year. But, soon I was back to sleep and then awake at 4:00 a.m. or there about. After stepping over the dogs to get the truck loaded, the cruise was set as I headed East to meet up with Breck. We were to meet at the previously agreed upon time and we were both early, which is usually a sign of two anglers who are more than ready to go fishing. 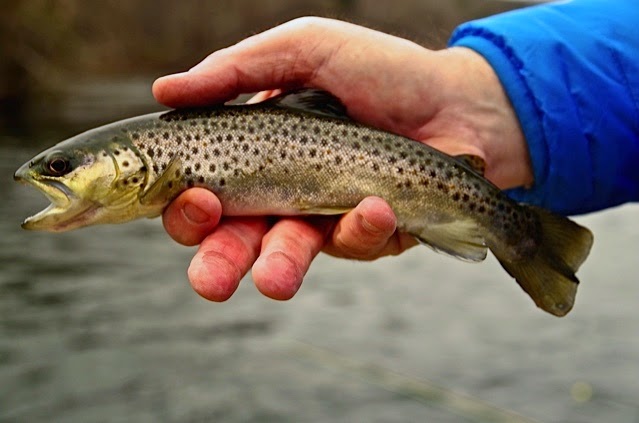 We began with a decision concerning where to take out the raft at the end of the day. There were two conventional options. One ramp was close and could cut the trip a little short. The other ramp was a grueling 8 hour float that usually ends with rowing out the last couple miles or more. So, we decided on a third option, just drag the raft up the bank when the river came close to the road. 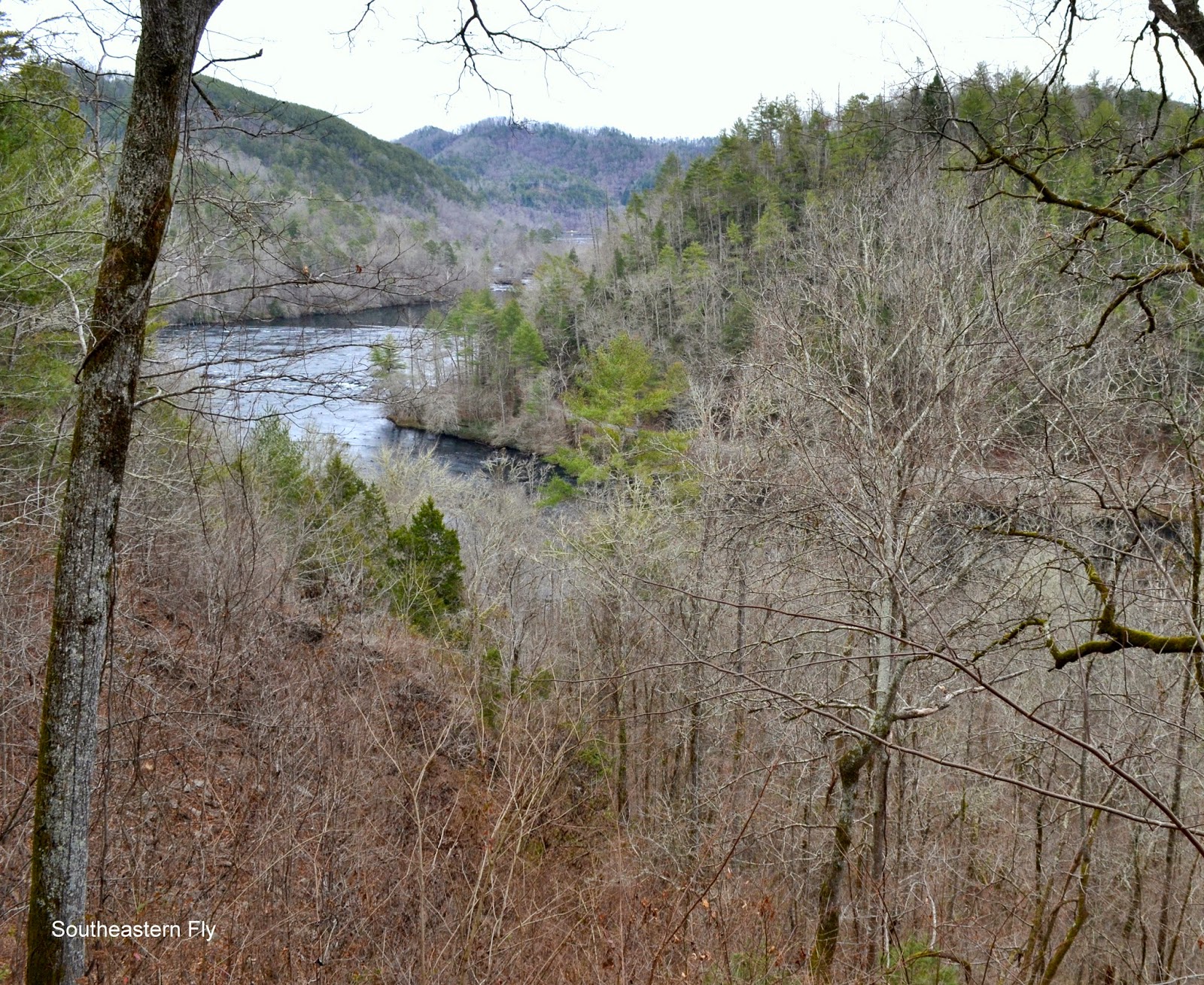 The first few minutes of this cold float were just that, cold. But with the nymph rod working we were soon into fish and getting warmer with each hookset. The first several fish were hungry rainbows. The usual stuff was working and the bows seem a bit aggressive. Before long the streamers were flying. The first fish on the streamer, a nice little brown with a big attitude. The streamers continued until we saw rising fish. The rising fish were eating hatching bugs. That's when a dry was knotted to the tippet on the Orvis glass rod. Tossing the little dry on the edge of the wide foam line, with just the right drift, produced some fine early in the year action. There it was, the first fish on the dry was putting a bend in this cool little rod. 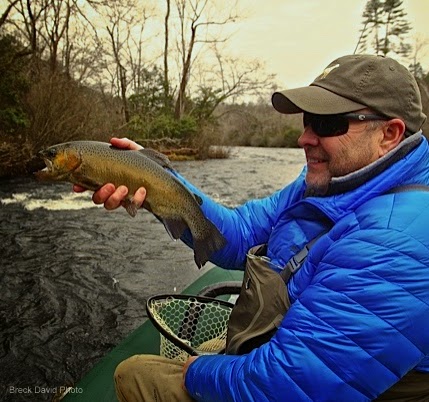 After a bit of dry fly action it was back to the streamer rod. Breck is dialed in on the Hi and guided the raft to all the good holes. We pulled streamers most of the last leg of the trip and switched between a couple Galloup patterns that have proven their worth plenty of times in the past. At one point every cast produced either a fish or at the very least a hot follow. So we had punched our fun tickets for the day. As all good things do this float came to an end and it was time to pay the piper as they say. I never really liked the piper... 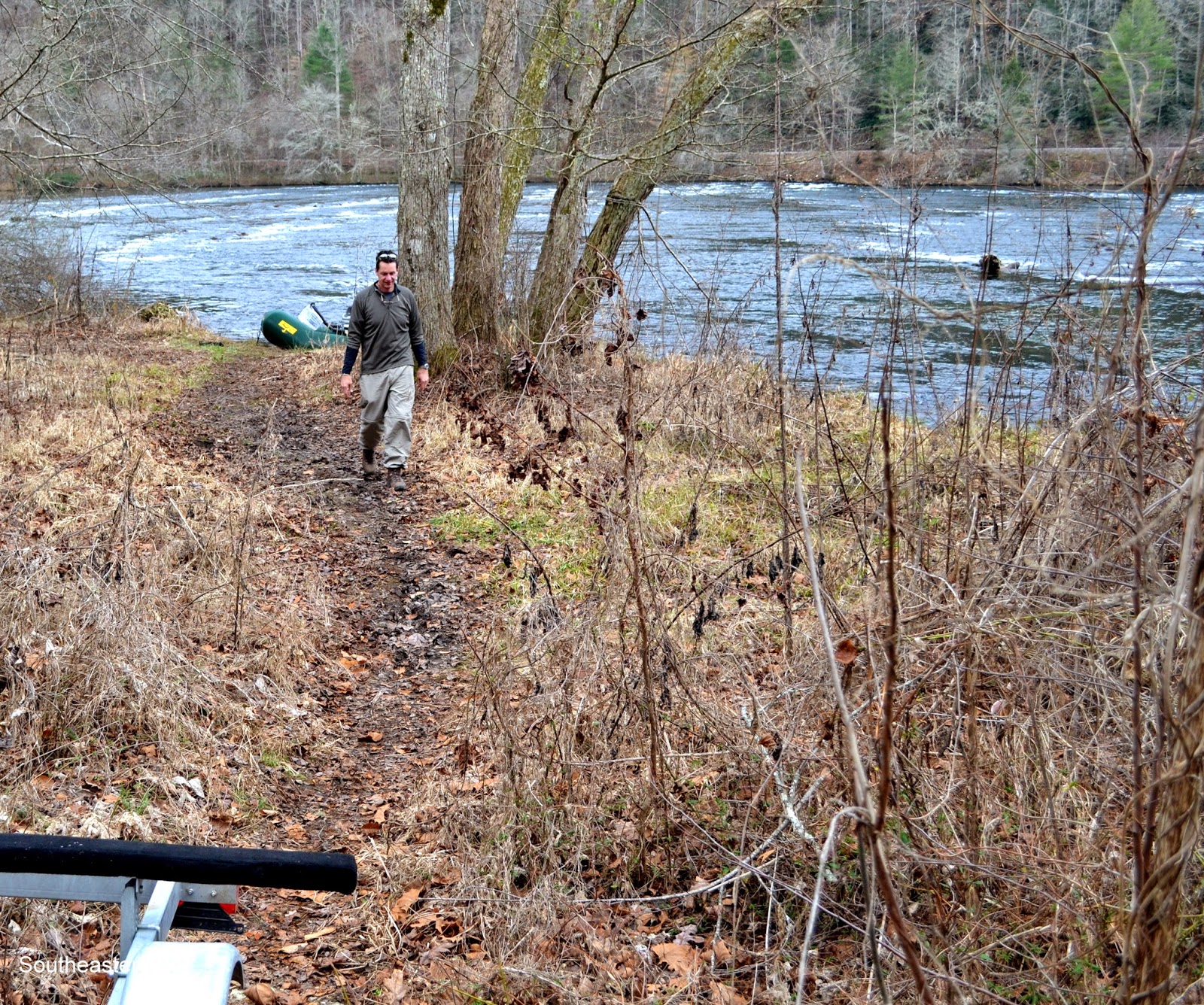 This isn't the first time or first river on which we have dragged the raft to the trailer. Since there were light pole size wood stops dug into the ground we were going to have to put some muscle to getting the raft out.  As Breck said "taking the boat out was a real drag..." After pulling the boat out of the water and up the bank, just trying to catch my breath kept me from saying much of anything.