Cory & Eddie in the Drifter 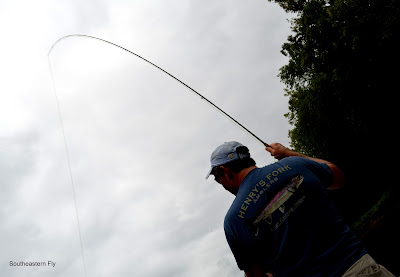 Most guys find a way to buy what they want and then when it comes time for birthdays and holidays it's tough for family and friends to get something the guy wants. So, what do you get a grown man for a birthday present? Time in the front casting brace of a drift boat is not a bad place to start. 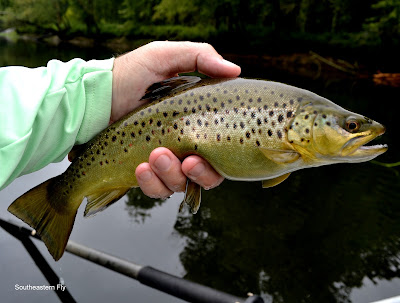 The fish on this day were fat and happy. The skies were partly cloudy and the weather was a little more than warm. But unlike the trip down the river a couple days before this day, terrestrial bite was off. Thankfully the fish were eating nymphs and midges and the guys began catching fish early, then often. 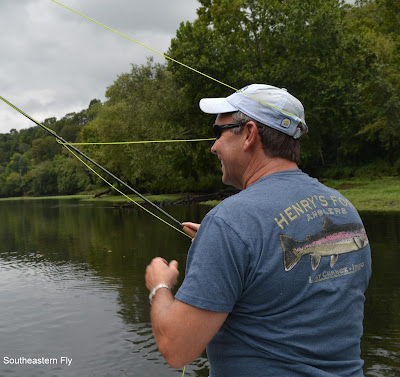 Eddie and Cory were out to celebrate Dad's birthday. The guys were already good casters and had a good mend. Every cast wasn't perfect but there were certainly a lot of good casts and good mends. We did work on a couple things along the way and hopefully those things will be useful on their next trip out West. And so it began, the fish started small and progressively grew in size as we floated along. 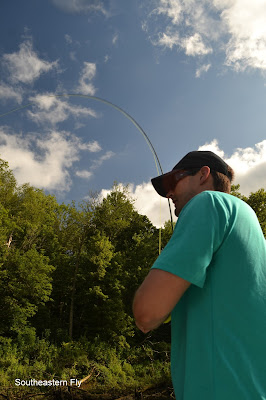 The banter between the guys started early and naturally I couldn't resist entering the fray. It wasn't long before Eddie would shut us down, for a short time, with just one cast and a good drift. 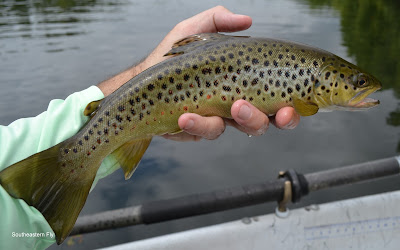 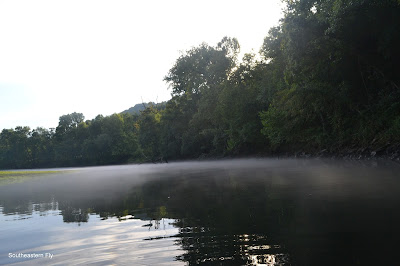 The fly of the day turned from terrestrials to nymphs and midges. Casts began to get longer and then into a productive length. We started searching out seams where moving water met still. 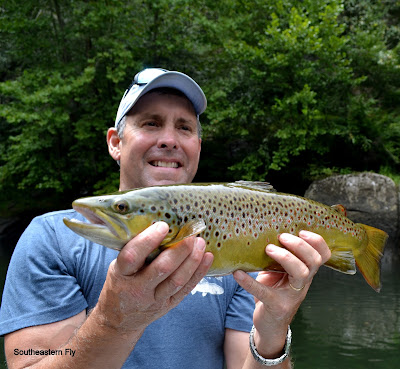 The water was snaking from bank to bank and Eddie hit dropped a fly right on the outside edge of the seam and next to still water. The fly started a good float and it didn't have to go far before the indicator bobbed and Eddie set the hook. The fight was on as the brown began to dive deep and Eddie got the fish on the reel. The Orvis combo did what we expected and the fight was a tug of war for several minutes. Although Eddie was gaining line some-time passed before we saw leader. The big brown began to tire and then it came quietly to the net. 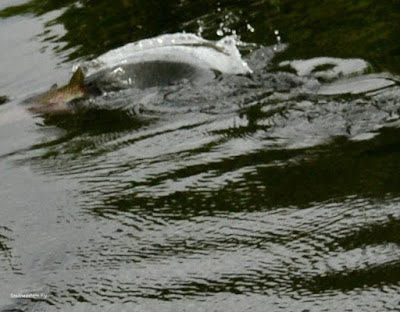 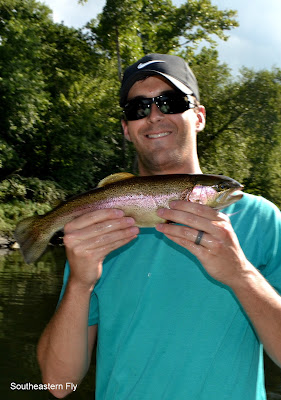 The fish were on and off later in the day. We floated into the Unknown Shoal and began searching for the drop-off. Cory was the first to get the fly in the zone and he found the drop-off with an excellent shot. When Cory found the drop-off the fish found his fly. Cory has an awesome hookset and didn't give the nice rainbow a break. The fish struggled for a while but Cory stayed ahead of it. Then the head came out of the water and Cory slid the fish into the net. The guys would take turns in the hole and pull four more out of the one hole. It was a good way to top off an already good day. We slid into the ramp a short time later. Eddie we hope you enjoyed your time in the front casting brace. 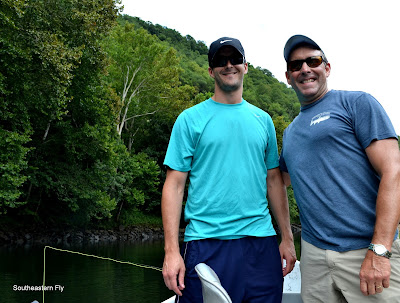