Trey and Matt on Terrestrials 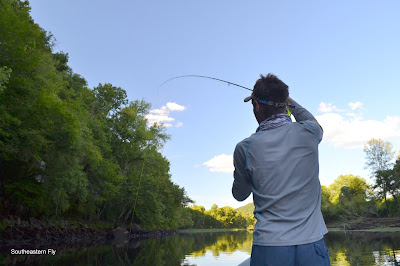 Two old friends catching up on life while floating Middle Tennessee tailwaters. Well really they are young friends compared to me, but, for this report we are going to refer to them as old friends. Trey came up from Florida to visit Matt who is living in Tennessee.  These guys are no strangers to the outdoors and the activities the outdoors present. So we shoved off and they began casting and mending. 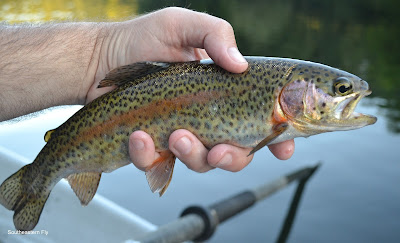 It wasn't long before we brought fish to the net and among fish eating on top we....wait did he just say fish eating on top? Yep that just happened. The guys were bringing fish to the net and soon we had them on small terrestrials and they were producing just good enough for us to stick with'em. We went in-search of fish that had a greater potential to come to the terrestrial and found some here and there. 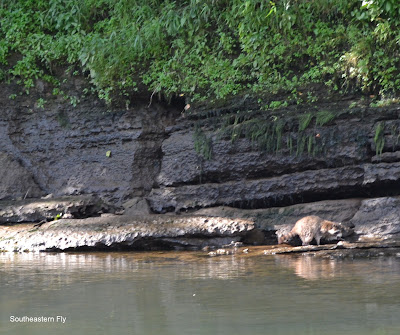 Missed Opportunity- Let's face it, fish work together. They are masters at making us look away and then while are looking at some wildlife or another rising fish we get the hit. So we were floating with the current hitting some banks and feeding fish. We were doing well and had several fish on the bugs. One of our anglers (we aren't going to call any names here) tossed his fly under an overhanging limb where we saw a fish eat earlier. When the fly hit the water another fish, about 20 yards downstream, hit a natural on top and made a loud splash. Our angler took a quick look at the downstream action and that's when the fish we were after originally made its move.  It was over before it started and our fish spit the hook even before the hookset. Major groans and deep conversation quickly followed...that one hurt us all, but there would be others. 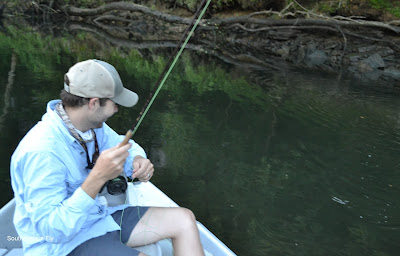 Working those banks without cover- OK we talk about blowdowns, rocks and other types of cover a lot. But, what about gravel banks and mud banks as well as other banks with no obvious cover. Fish, especially browns it seems, will hold and eat on these types of banks. We don't miss an opportunity to hit those banks and we certainly don't miss an opportunity to fish those with overhanging objects. 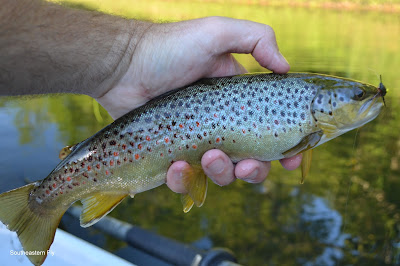 The guys kept fishing those terrestrials until the bite turned off and we found fish eating nymphs and small midges. We ended the day late but found fish most of the way on the float. With a good amount of fish, some wildlife and good company we made it to the takeout late, but feeling pretty good about our day. Trey and Matt were already good anglers and all they had to do was make small adjustments to the slower water presentations of Middle Tennessee tailwaters.  Two old friends catching up on life... 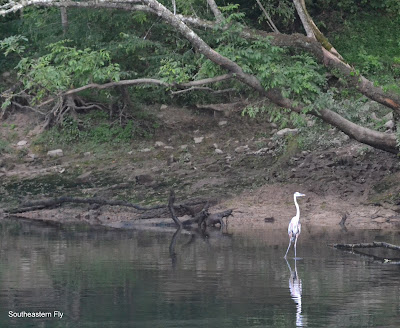