Bernardo and Andy on Hot Day 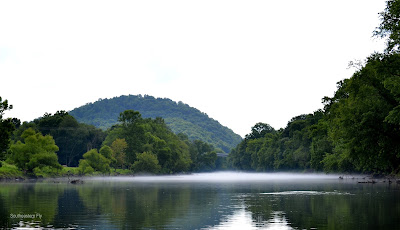 When Bernardo and his son Andy stepped on the boat the temperature was already close to ninety degrees. We knew it would be a hot and muggy day. Even though there was only a 20% chance of rain I think we all knew there would be a chance of getting wet, not from the river but from the rain. We would indeed end the day wet but smiling while looking for the chance to catch some fish. 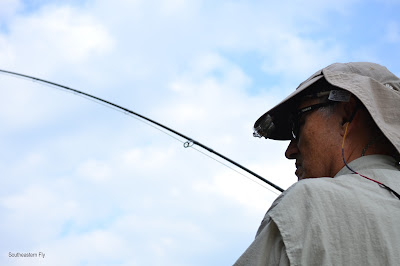 We pushed the drifter off the trailer and it settled on the anchor. After getting the rods rigged we were soon drifting in the current. The water was still a little high but Bernardo wasted no time hooking up. The skunk was off early and it wasn't long before Andy followed with a rainbow of his own. 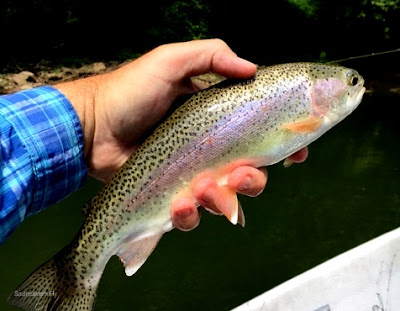 The guys were hooked on a fairly regular basis throughout the morning as they fished tight, and mean tight, to structure. With off-color water they had to put the fly right in the face of the fish and that's what they were doing. Andy was especially good at fishing the blowdowns and it showed with each passing log. Still the count was neck-n-neck with Bernardo leading the way throughout most of the float. The temperatures continued to rise and so did the humidity. Even the livestock found the shade and cool water just to make it through the afternoon. 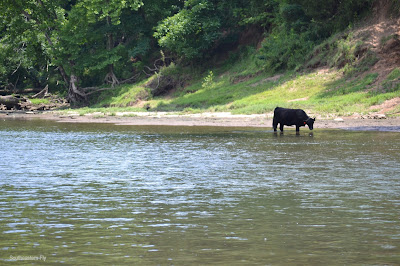 After lunch the water release hit us and the river began to rise. We went deep with nymphs but the water was too stained to be real productive. Andy was first on the streamer and picked up the first smallie of the trip. 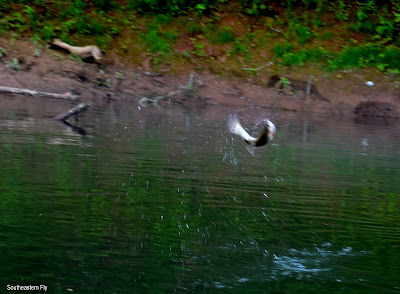 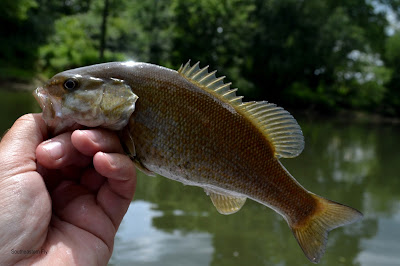 The rains came and when most of the recreational folks headed for cover the guys fished-on. Andy hit a productive bank of rocks with some swift water flowing off the corner. A big freakin nice fish hit Andy's streamer and blasted off the corner. Andy set the hook as the fish began to make the first run and when it felt the sting of the hook it accelerated even faster. All this happened within what felt like two seconds and then the line went limp. It was over. Andy handled it much better than I usually do with only a few words and some mumbling. Soon he was back to casting the streamer and retrieving. Bernardo was soon on a streamer as well as we picked our way down the bank. 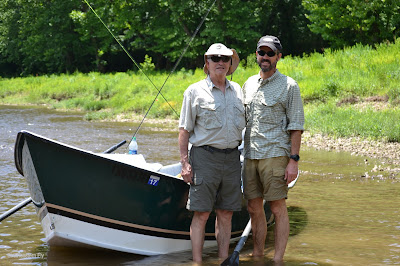 We were coming to the end of the float and things were getting interesting. Andy was once again hooked up as his fly came across a popular and deep pool. After three other boats had fished, Andy had just the right retrieve. He had a good hookset and was in a pretty strong fight. This fish wasn't as big as "the one that got away" but it wasn't going to come to the net without some tricks of its own.

We followed the rest of the fleet into the final stretches of the float and the guys didn't leave a stone un-turned on this float. At the end of the day the guys caught some nice fish using a few different techniques. Their presentation was good from start to finish and their skills of getting the fish to the net made for a more productive day.

In the end that 20% chance of rain found us. So the chance of rain on the river must have been 100%. But, when others ran for cover Bernardo and Andy decided to catch fish vs. give up and miss a chance to catch some fish. 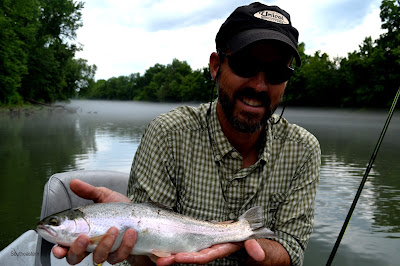