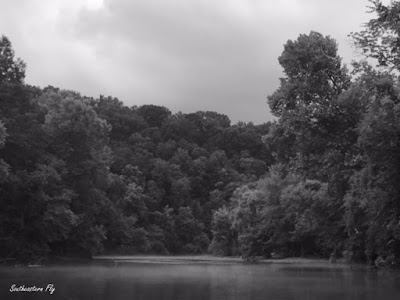 Christmas is the time for giving. We offered gift certificates over Christmas season last year and Matt took advantage of giving a day on the water to Larry. Being that these two guys both fly fish it was only fitting that when Larry decided to book his day on the water that he brings along the guy that was thoughtful enough to give a day on the water as the gift. 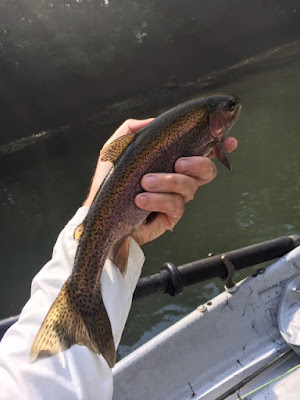 Matt and Larry made use of a good forecast with favorable generation and we were floating before the recreational crowd even got out of bed. Larry is experienced and Matt is proficient as well. Both are good casters and both are willing listeners. We moved slowly down the river on this day, picking apart all the likely places and pulling fish off blowdowns, mud banks and ledges.Ledges: I’m a fan of the ledge. Here is the definition of a ledge from of all places the

Ledge- n
1.    a narrow horizontal surface projecting from a wall, cliff, or other surface. 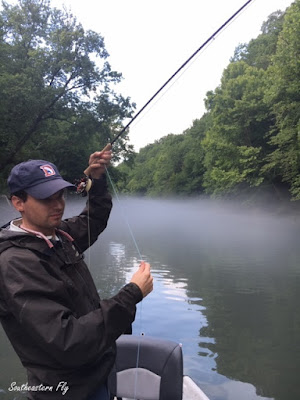 There is something about a ledge that gets my attention. See, most times a rock wall looks pretty much the same underwater as what we see above the water. Not exact but similar. But as a general rule of thumb if a rock wall has ledges you can see, it probably has ledges that are below the water’s surface that you can’t see. 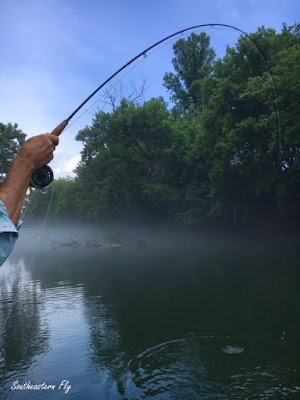 The ledges are an excellent place for a fish to lay. If there is a current, even the slightest current flowing by a ledge there is a high percentage chance that current is going to carry a little more oxygen and possibly even a little food. And if that isn’t enough there’s a high percentage chance a fish is going to be laying next the that wall, along one of those ledges. If everything goes just right such as the correct presentation, with the right fly drifted or stripped at just the right speed you will get a hit. So if everything goes just right and the fish makes the right decision for us and the wrong decision, looking at it from the fish’s point of view, a fish will be picked-off the ledge. 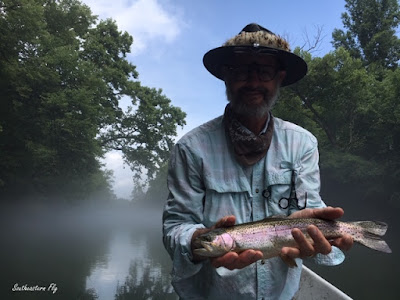 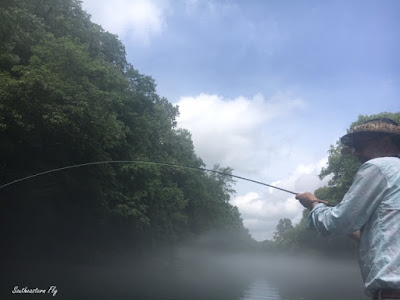 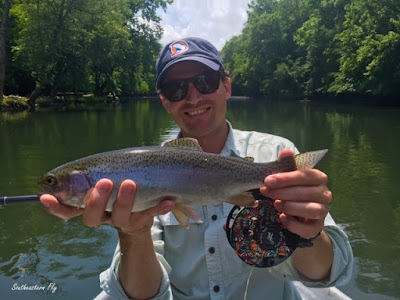 The guys were hard at work most of the day. We fished nymphs at various depths. As always, we concentrated on the speed of the drift against the speed of the water. Larry was dialed-in and crushing-it from the front of the boat. He is at a place in life where he gets to fish on a regular basis and it shows from his approach, the cast and his presentation. Larry was in the front brace and making the most of it. 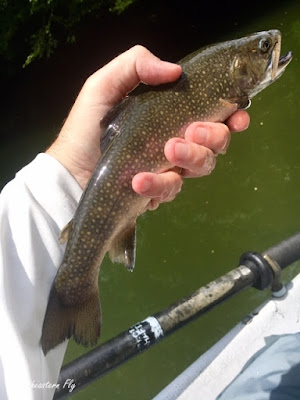 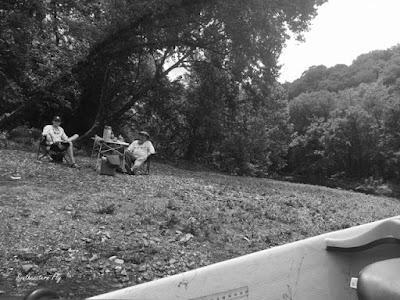 We stopped for lunch after a good morning. The guys slowed down their pace even more and I put new leaders and tippet as well as new bullets (flies) at the end of their rigs. 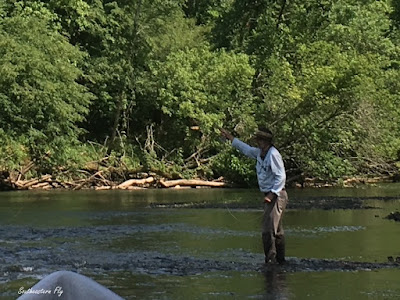 So, with new flies tied and the guys fresh we started down the river again. Sometimes after lunch the fishing slows but the guys kept bringing fish to the net and the day kept going. 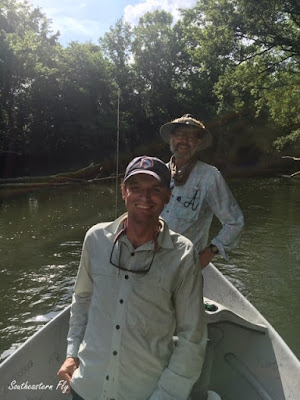 Matt added some quality to the quantity with some respectable rainbows as the summer heat kept us hunting for shade when possible. 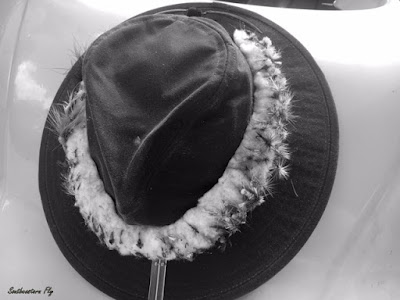 We lost count of the fish and the places the guys pulled them from throughout the day. But it was a good day all around. Plenty of action and plenty of relaxation with good conversation. And it all started with a Christmas gift.