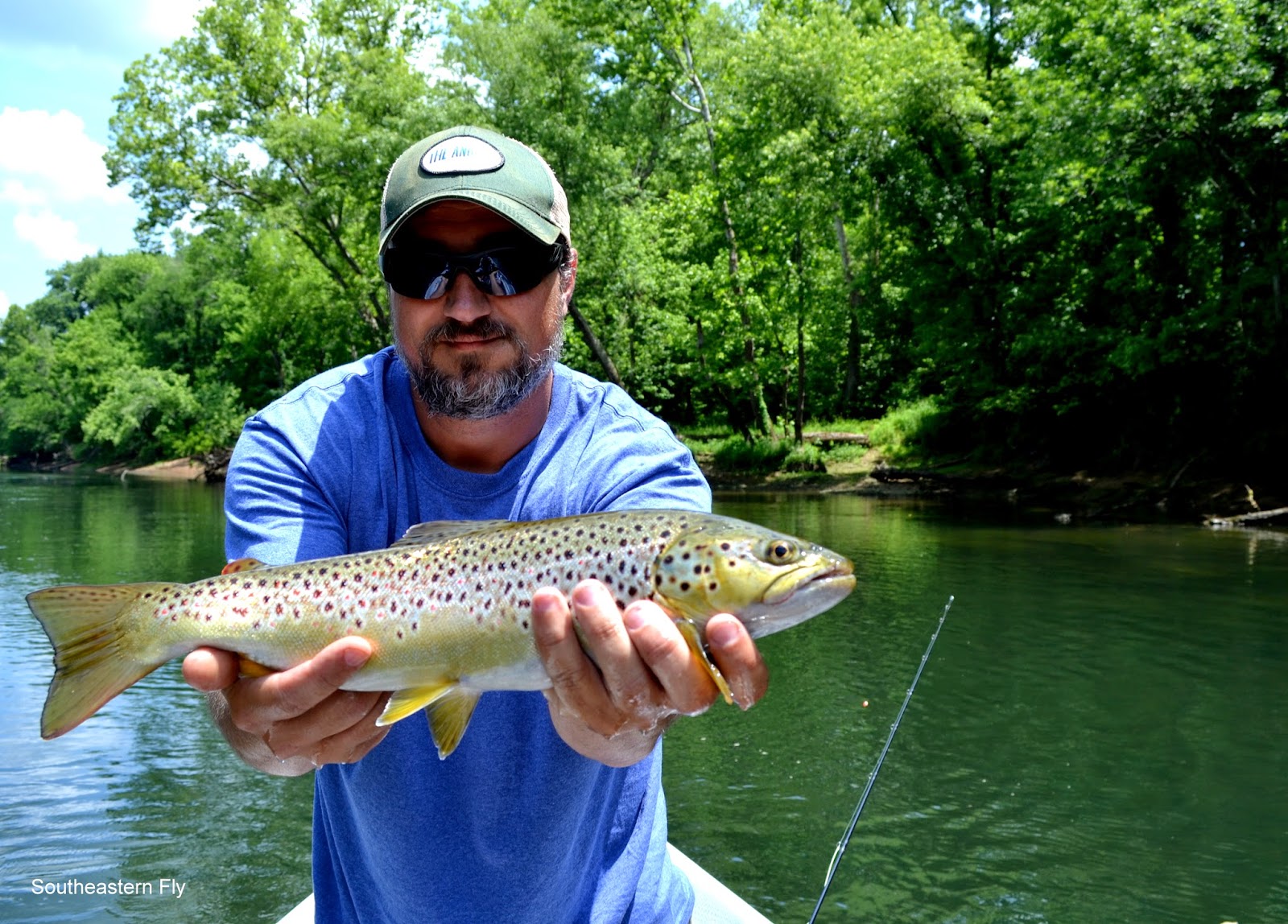 The previous report took us half way through the year and with the early months behind us, Summer was in full swing. Adam and Jen have been working the Angler Magazine for several years and I have fortunate to work with them writing reports and such for the past couple years. But, let's face it the reports are a just good way for Adam and me to get out on the water. The Summer is a good time to catch falling water and while it is hard to get away from the canoes and kayaks, when we did get away the fish did not disappoint. Adam popped the nice brown above and he got behind the oars to give me a shot at some nice fish of my own. 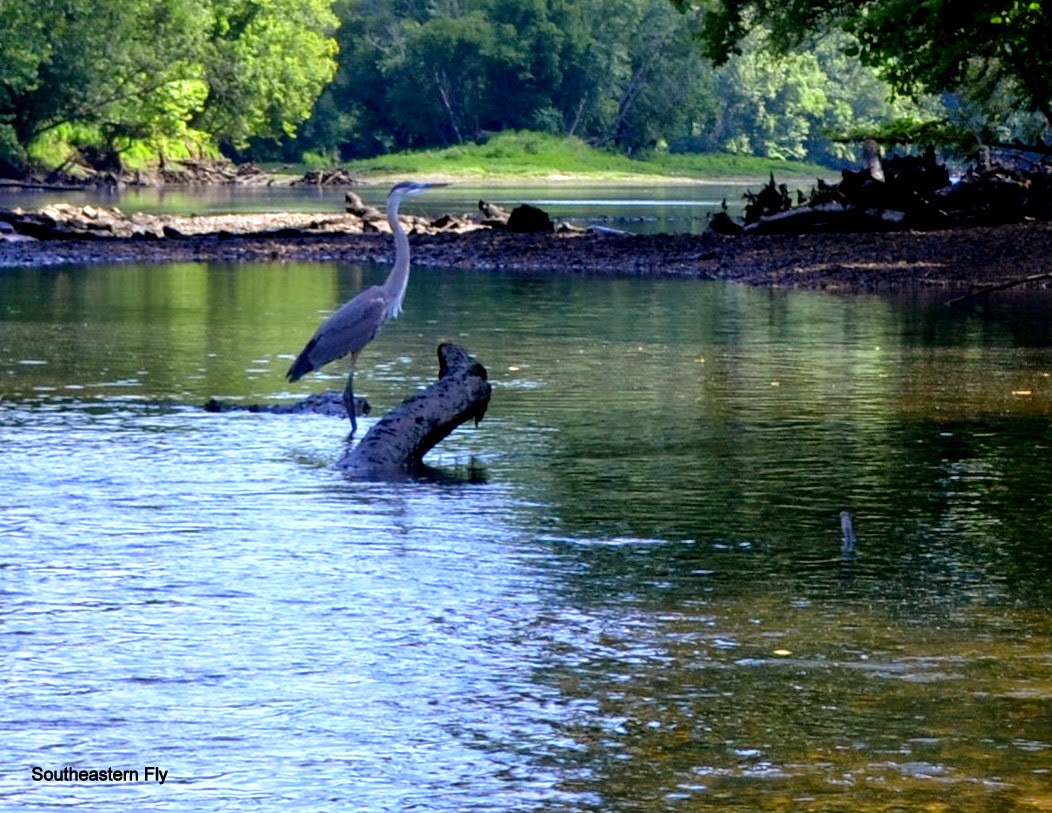 Anglers were coming out to fish the rivers of Middle TN and along with help from a few other guides most everyone who called was able to get out somewhere. The fish along with the wildlife along the rivers were making trips more enjoyable than most expected. One of the best trips of the year was with a group of longtime friends and our annual Liar's and Tier's Summer Float It was a day of bend fly rods and lots of laughs. The day ended at a local restaurant with some big ole cheeseburgers and a group of tired anglers. Another L&T float was in the books and plans were made for the next meeting. 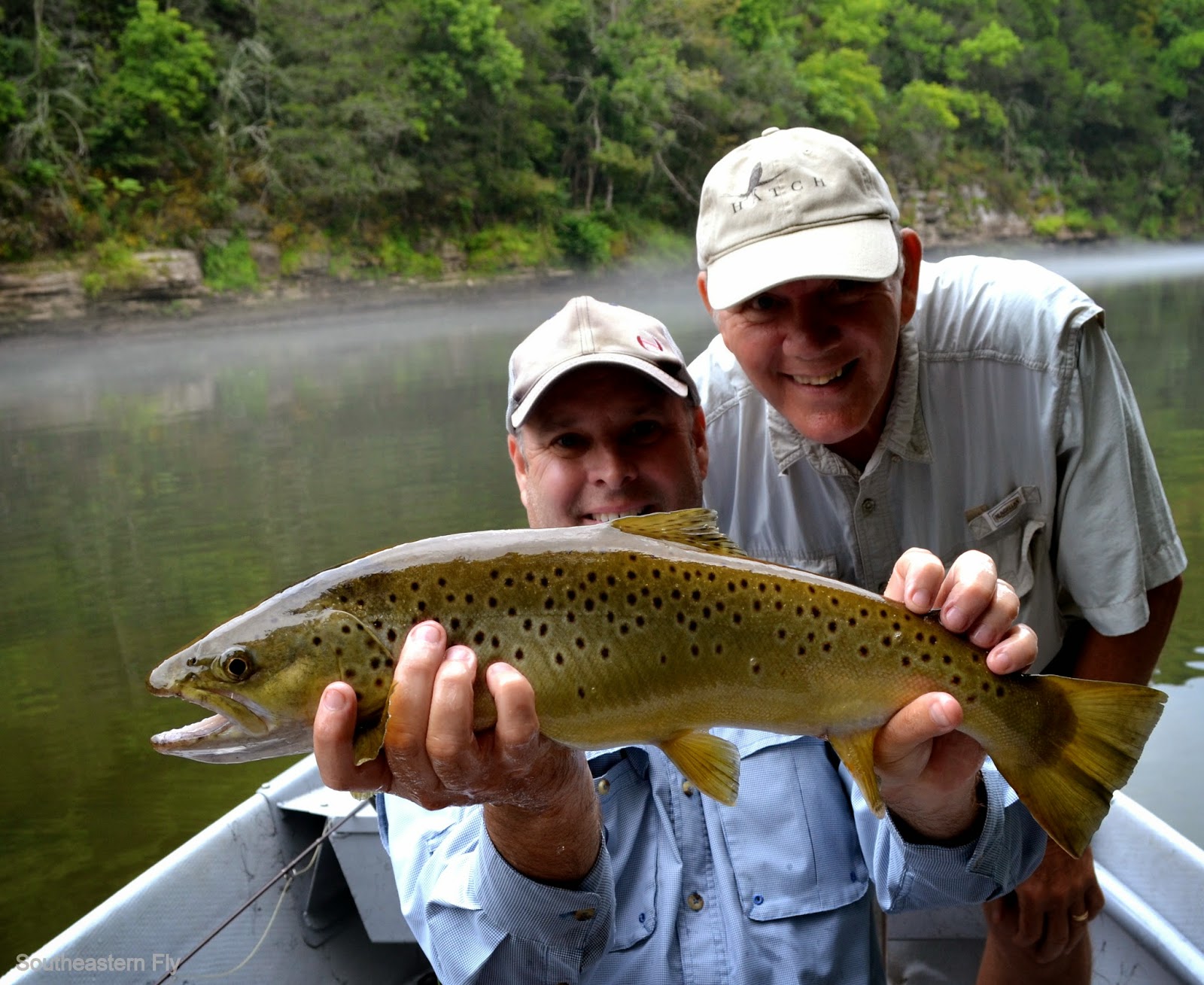 It was late Summer and Bill booked a couple trips on the river. He was going to spend time with family and looking for the big fish. The the river did not disappoint. Low summertime flows and painfully slow drifts were the just trick for for fishing this season. Keeping anglers from moving the fly to a new spot too early can be a tough job. Good conversation is the best way to keep the bug in the zone for longer periods of time and Bill was able to carry-on good conversation until this beauty gave Bill his place in the 20+ Club. 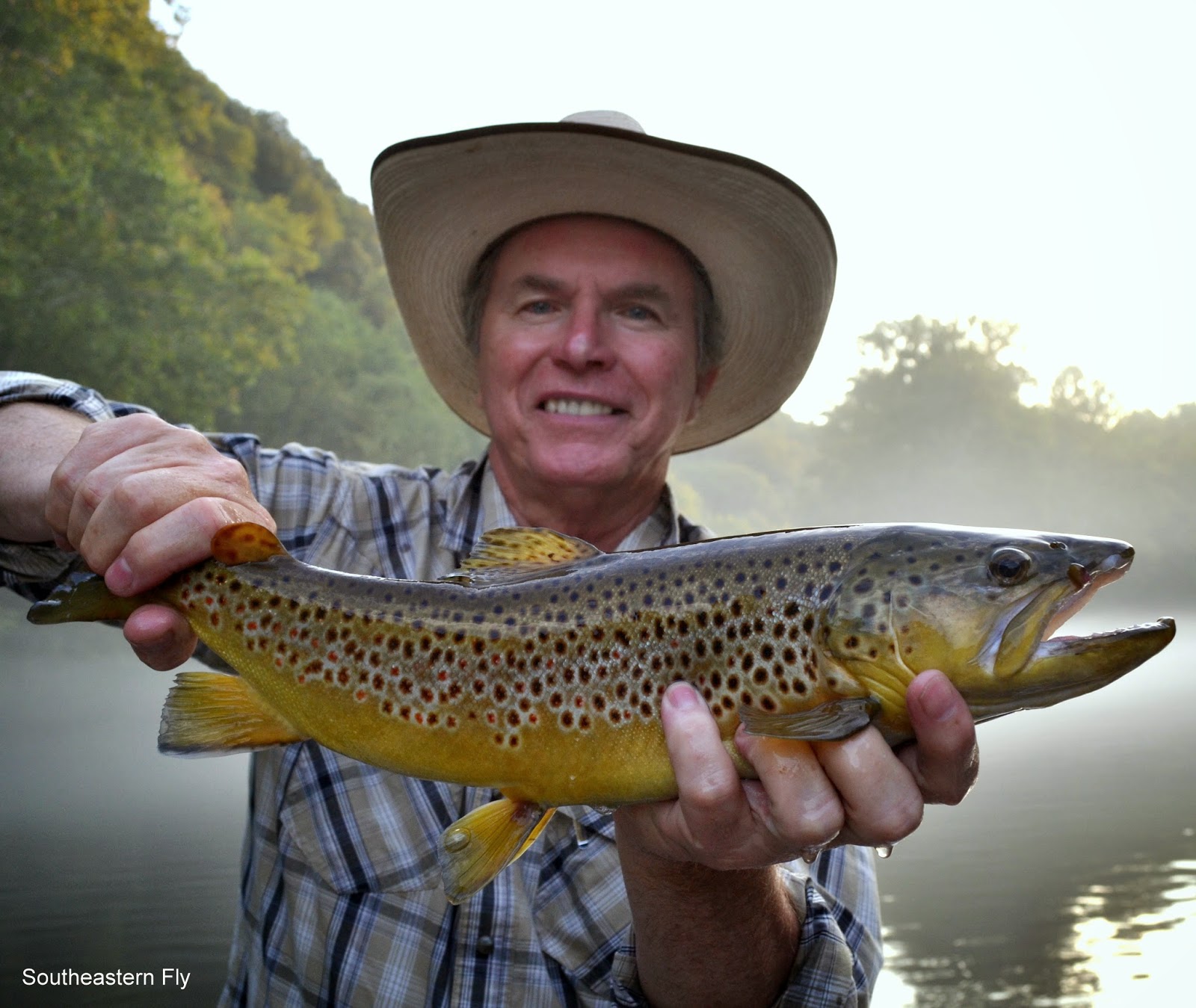 Hopper season moved along through the later part of Summer and we brought some nice fish in the net. Some anglers were taking opportunities to get out of offices while others were getting on the local waters to be ready for trips out West. Whatever the reason anglers were on the water all seemed to be have a good time. The year was going by at a blistering pace. At the end of 2013 I made the decision to get out as much as possible, see as much water as possible, and help as many catch fish as possible. Not necessarily in that order, but in some order depending on what was going on at the time. It is amazing how fast of a pace that can be kept when things are going well and plans are coming together. The year was going good, the fish below sort of wrapped up hopper season, and there were still good things on the horizon. A trip up North was just around the corner... 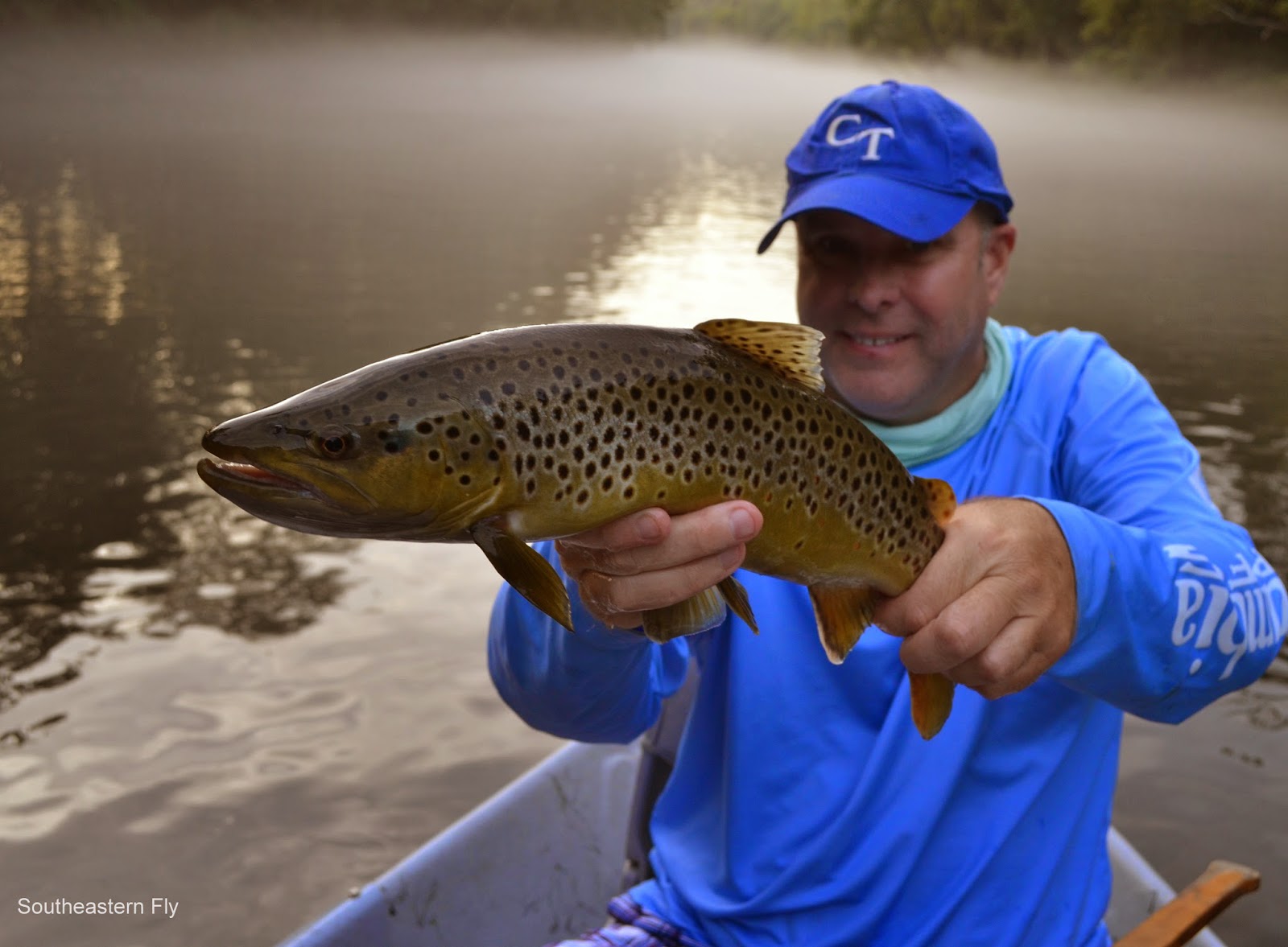 Anthony pulled in the driveway on time. I like for fishing plans to start out on time or slightly ahead of schedule and this trip got off on the right foot. Soon we were traveling North for the salmon run. Michigan was the next state and the Pere Marquette was the destination. There were big plans with high hopes attached. Our guide would be a fishy dude who brought along a cool dog named Sage. By the end of the first day Dan had put us on enough salmon to make my arm hurt. While other guide boats had clients with fresh arms and long faces, both Anthony and I were, well, kind of tired of catching salmon. When we pulled the boat out that evening we were making plans to get some fresh fish cooked by a local establishment. We headed to one of....or should I say the only local restaurant/bar for some grilled walleye. I swear the walleye I ate was still swimming while we were rowing out to the ramp earlier in the day. Anyway, Anthony and I discussed the days events and decided we wanted to make a switch. So we talked with Dan and on day two we switched over to streamers and steelhead rigs. The second day the brown trout responded to pulling streamers and floating nymphs. And, Dan continued his work of putting us on fish. 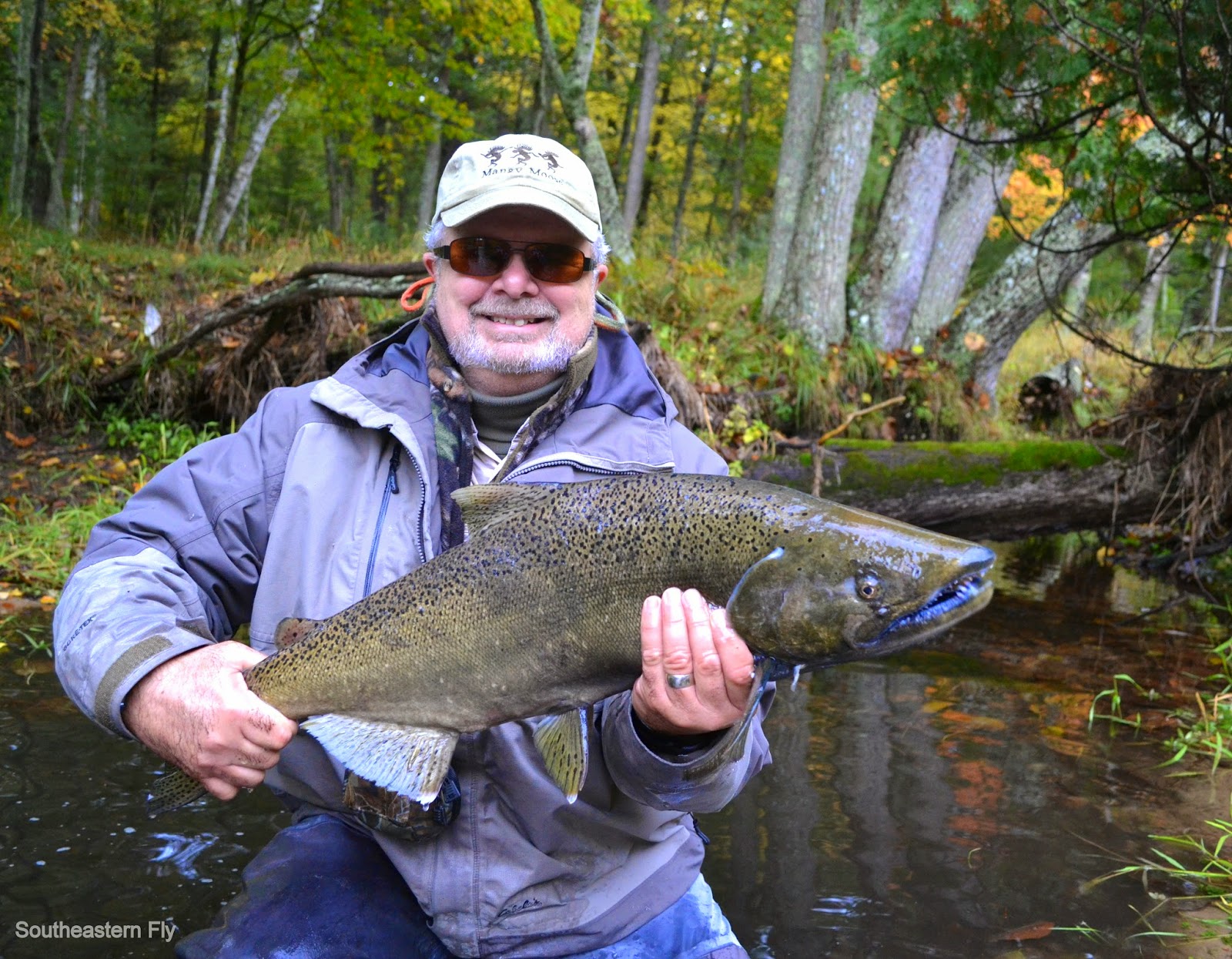 On the ride home from the salmon trip we recounted the events of the past few days, while dodging orange barrels due to road construction. It was a good way to wind down the Summer and again I was feeling real fortunate to spend a couple days with a good friend, catching big fish. 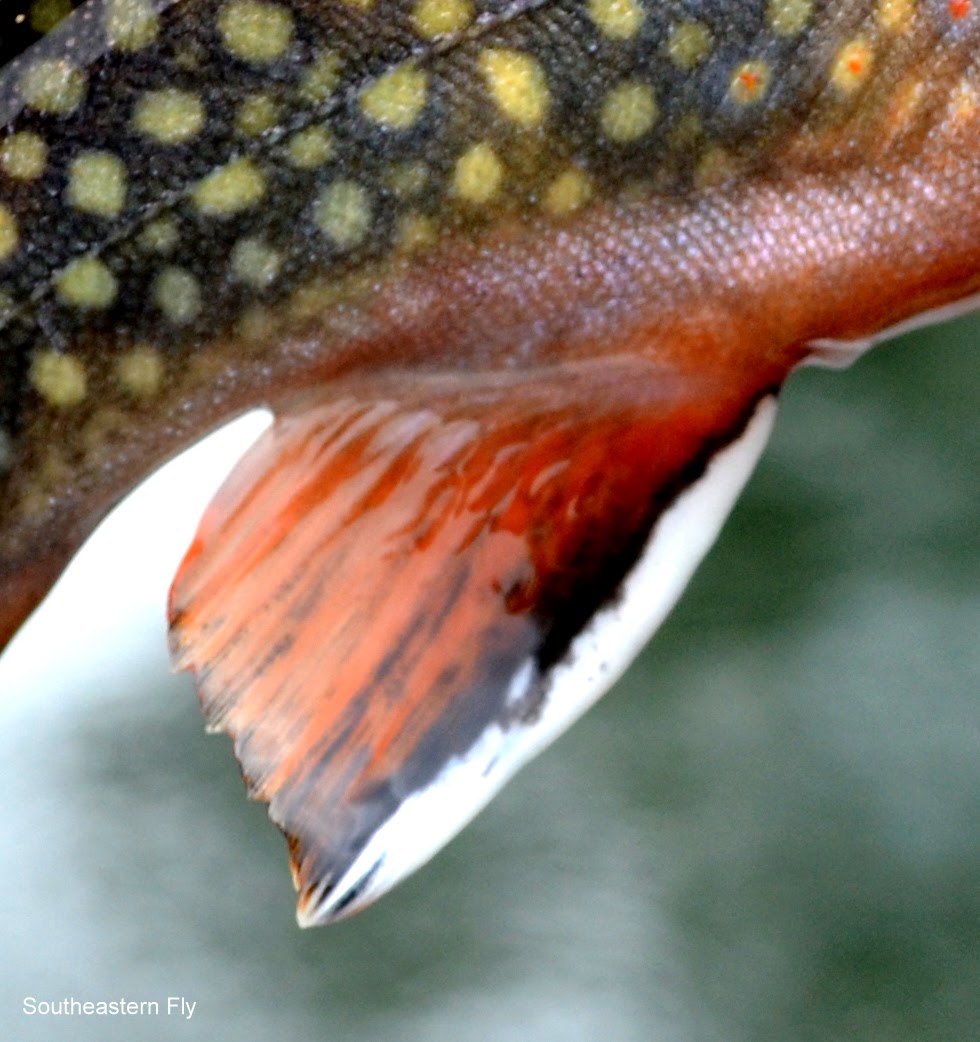 The colder weather was approaching quickly and we stole away to Upper East Tennessee with Calvary Outfitters for a couple days with a great group of guys. Although the weather was quickly turning we layered-up with plenty of clothes and fished through the wind, light rain and cold weather. Nymphs were the fly of the weekend and worked for most of us. The group ended the trip sitting around the table at Ridgewood BBQ, a place none of us can turn away when in that part of the state. Another good trip and another reason I am very fortunate. 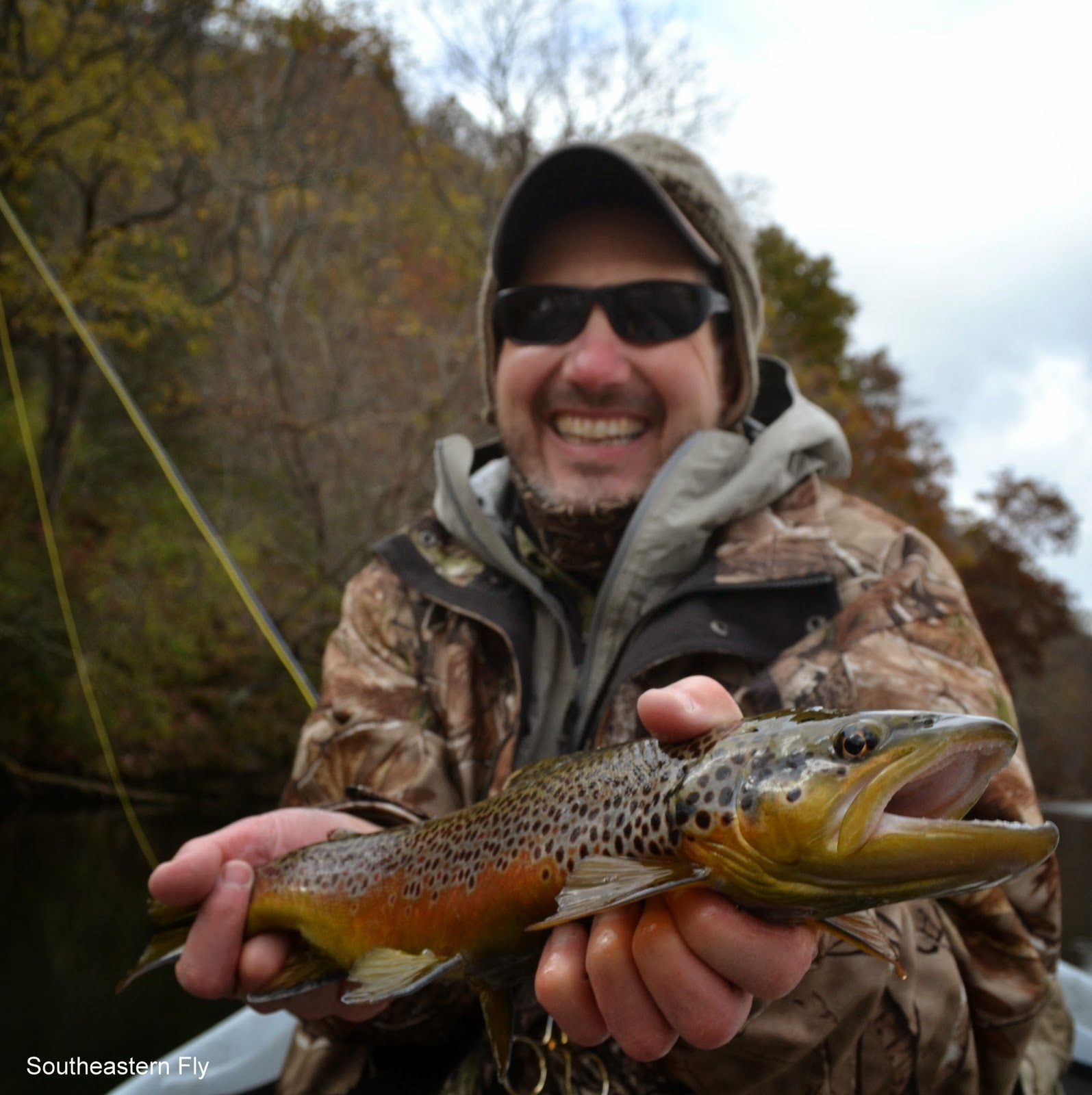 As colder weather set in we made several more trips to the rivers and nice fish were brought to the net. Then the rain came. It rained for several days and raised the lakes, then the water releases began. Because of the rains and water releases we decided to chase musky for a while and left the tailwaters. We made trips to musky waters, then we went back to the tailwaters. Time and time again we would wait out additional releases, while chasing musky to pass the time. 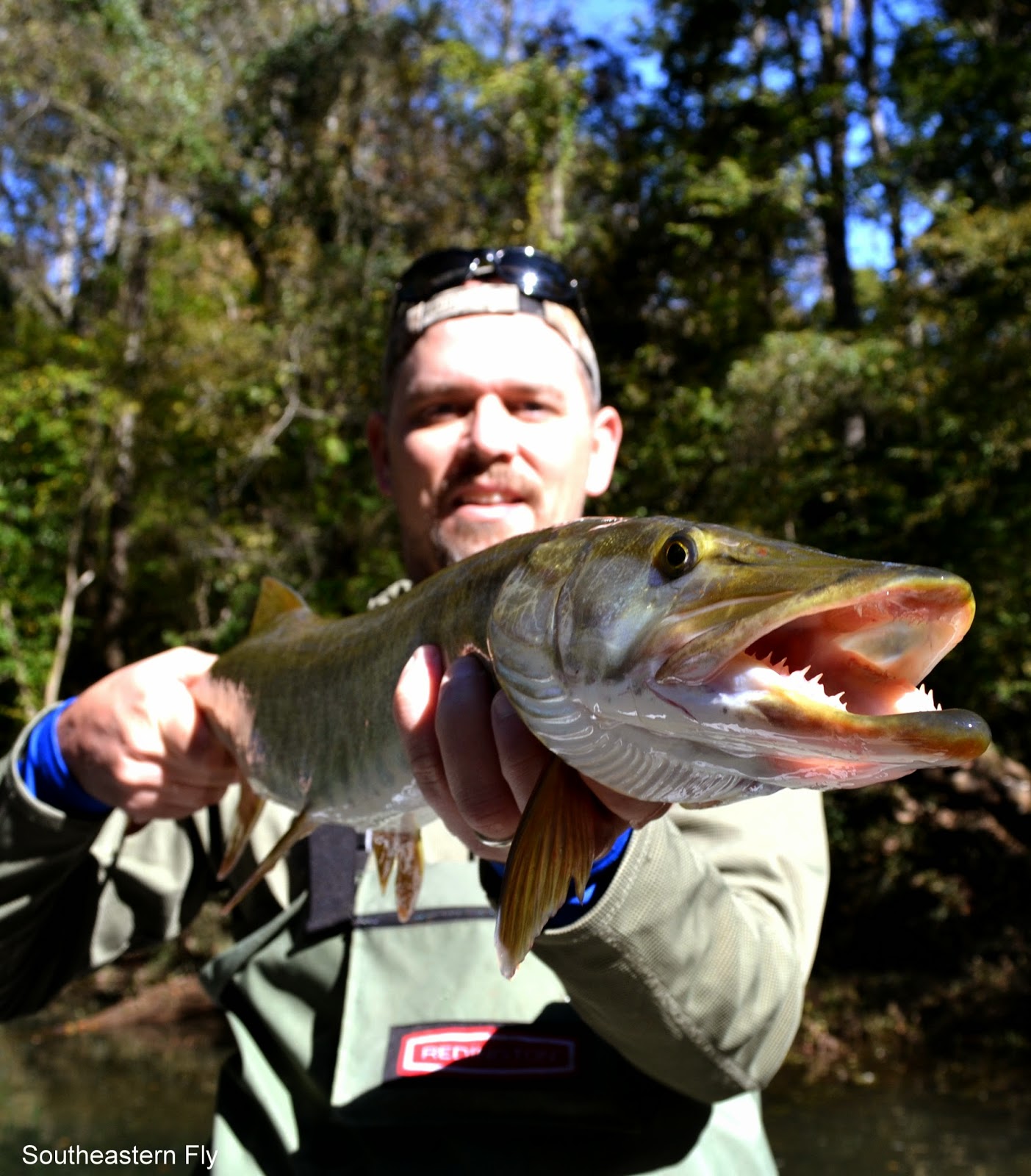 It seems as though the skies have been raining every since we entered the Christmas season. It was good to wind down over the month of December. The boat has been in the garage for the most part and I have had the opportunity to fish with some new and old friends. The tying desk has been closed for the most part but that's OK it will get plenty of use over the following months.

Thanks to all the anglers who have stepped on the boat, you really made our year. Also, thanks to Cumberland Transit, Echo, Airflow, Yeti, Orvis and Columbia for the help.

That was a high-level look back at 2014 and now I am looking forward to 2015. Already we are making some good plans for 2015 and people are calling to get on the drifter. After this report posts I will get the drifter out of the garage and begin getting things ready to get back on the river, while kicking-off 2015 with a good trip the first week of the year.